Boyfriend proposes to Co Armagh woman moments after her graduation 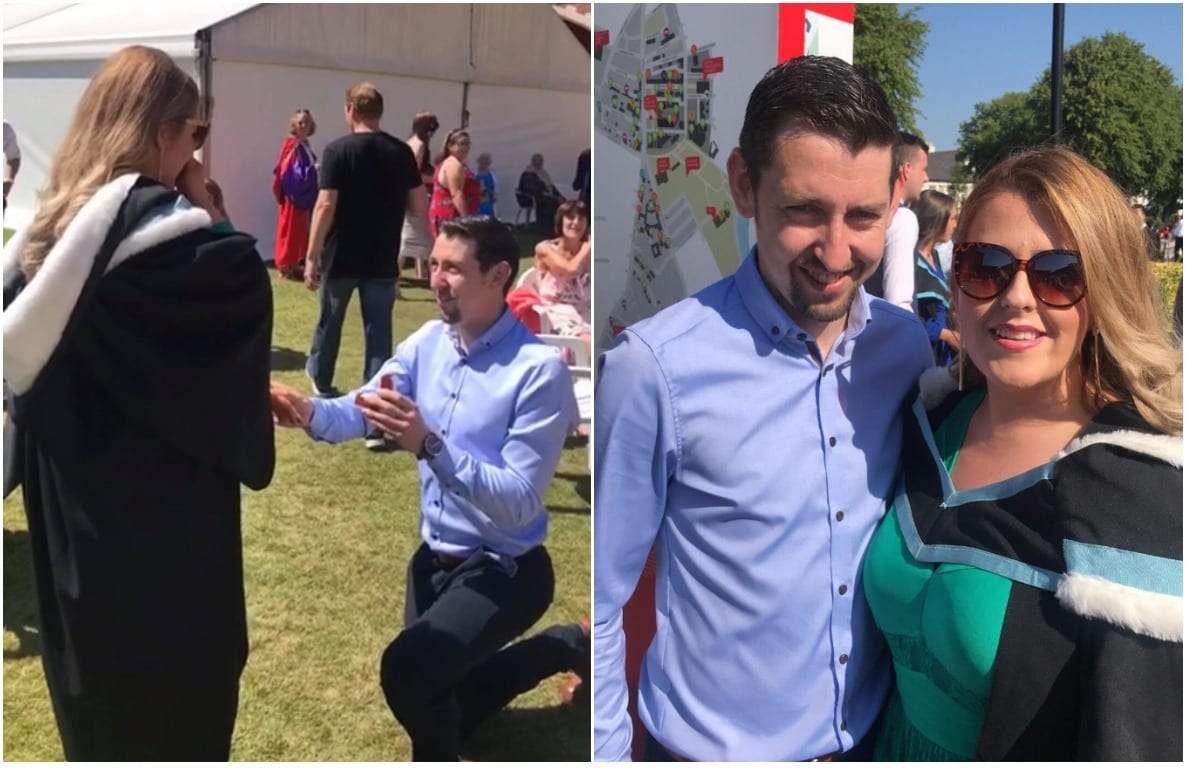 It was a day to remember for one Co Armagh woman on Wednesday past.

Moments after her graduation, Crossmaglen woman Stephanie Kirwan, was left gobsmacked when her long-term boyfriend Donal Begley, got down on one knee and popped the question.

Thankfully for him, the blushing bride-to-be said yes, much to the approval several hundred people at the Queen’s University garden party.

“I am absolutely ecstatic and completely shocked and overwhelmed. It is so surreal and is an extra special day for me – one that I will never forget,” Stephanie told the Belfast Telegraph.

“They are together nearly six years and Donal had told her family that he was going to propose at her graduation, so we all knew but Stephanie,” she explained.

“He waited until she got her award, which was amazing first class honours in criminology and social policy.

“Afterwards at the garden party we had all sat together talking, then we said we would take a photo of the couple.

“This is when he got down on one knee. Stephanie thought he was tying his lace but then he popped the question and we all screamed; there was a few hundred people at the garden party that joined in the cheering.

“The Ulster Tatler caught the moment too and then a lady from head office in Queen’s came running to get photos.

“Stephanie got such a shock she was shaking like a leaf. She was completely overwhelmed.”

Congratulations and good luck to the lovely couple!