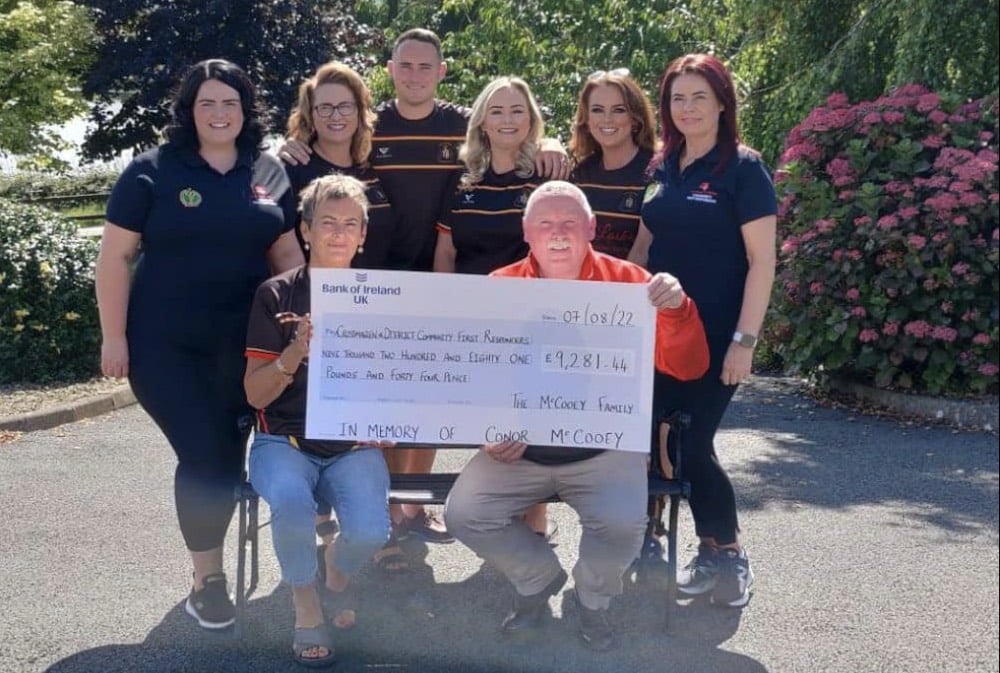 The family and friends of a Cullyhanna man who died suddenly 10 years ago has raised almost £10,000 in his memory.

On June 17, 2012, Conor McCooey, who was a seemingly fit and healthy young man, when he died within an instant while out enjoying a Father’s Day meal with his family.

On Conor’s 10th anniversary, the McCooey family decided to raise funds for the Crossmaglen and District First Responders.

On a very wet and windy June 25, Conor’s family and friends braved the elements as they walked Co Fermanagh’s, Cuilcagh mountain.

The Crossmaglen and District First Responders said they were “overwhelmed ” to receive a staggering donation to the sum of £9281.44. A spokesperson for the group said: “A massive thanks to the McCooey family for their fundraising efforts. A lot of organisation, coordination, blood, sweat and tears goes into raising such a massive amount of money and we as a group are extremely grateful for their support.

“Thank you also to everyone who donated and supported this wonderful event. Every penny will be used by our group to fund equipment and training that we require to provide our essential service to the community.”