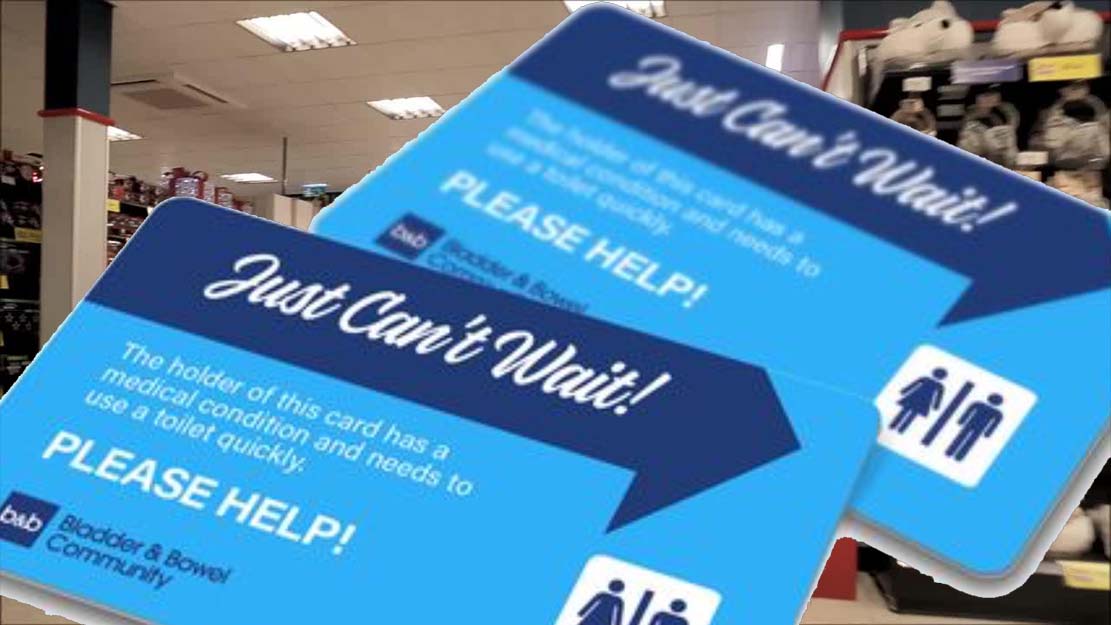 A Co Armagh woman with a chronic bowel condition has slammed a Craigavon bargains store after she was denied access to their staff toilets.

Jacqueline McDonald, from Tandragee, said she was left “disgusted” and “embarrassed” after the episode on Friday morning.

“I was in [the shop] and needed to use the toilet,” she explained.

“I have a hidden disability and severe bowel problems. I also have a special card to use in emergency and with discretion when asking to use their facilities, but oh no, the young girl gave me the runaround when I asked if I could use the toilet urgently.”

Ms McDonald even produced the blue card (pictured) but was told it was a decision the manager needed to make.

She added: “I plodded around the shop behind her until she asked the manager and I got reply ‘sorry, no you can’t use it for health and safety, or some stupid nonsense.

“They then started to tell me about the public toilets.

“Disgusted, embarrassed, desperate and so angry I had to leave my shopping and trolley, which cost £1, to get and walk out and go to public toilets.”

Local DUP councillor Gareth Wilson said he was “disappointed” when he heard what had happened.

“‘When you need to go you need to go’. We say that now and again maybe if there’s a bit of a queue for the loos – but with a bowel or bladder disorder a delay can trigger absolute panic in a sufferer.

“I’m really disappointed that a major retailer in Craigavon could not permit a person with a bowel disorder to use their toilets.

Instead making her leave her shopping trolley and find another toilet further away. This was despite speaking with staff and shop management – all taking vital time the person doesn’t have.

“This isn’t acceptable in this day and age especially when someone is carrying the Blue card for Bladder/Bowel Awareness.

“I have written to the UK Headquarters of this retailer to ask for a full explanation and to raise awareness that those with bowel or bladder problems should be assisted there and then – no exception!”