Woman (37) arrested after crashing and toppling car onto Rushmere roundabout

The woman remains in custody 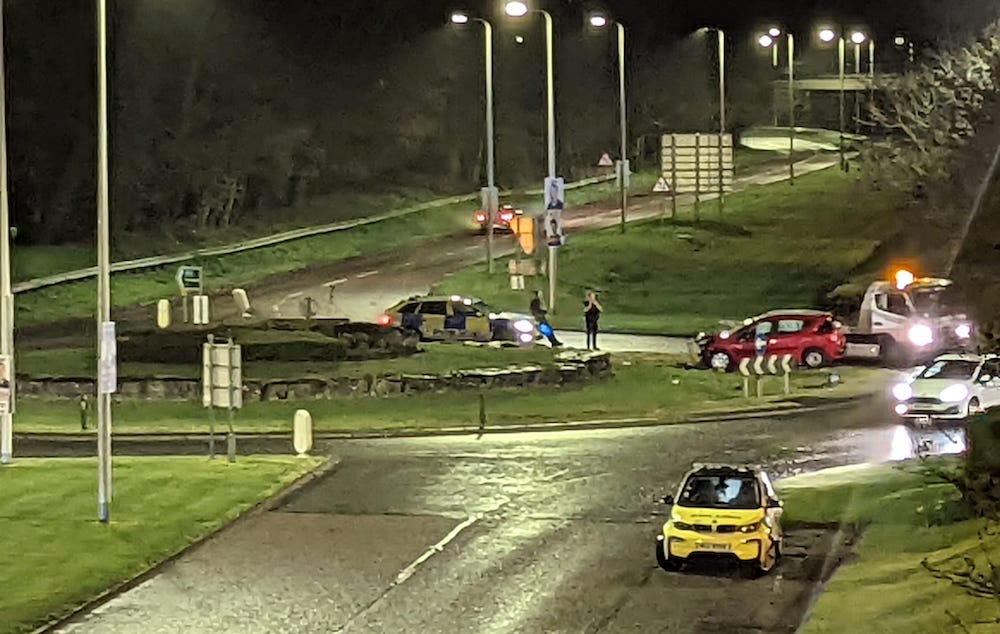 A woman has been arrested on suspicion of a number of driving offences following a crash close to Rushmere Shopping Centre in Craigavon last night (Monday).

The 37-year remains in custody at this time.

A PSNI spokesperson said: “Police have arrested a 37-year-old woman on suspicion of a number of driving offences, including dangerous driving, following a single-vehicle road traffic collision in the Northway area of Craigavon on Monday.”

It was reported to police shortly before 8.45pm that a vehicle had crashed into a roundabout.