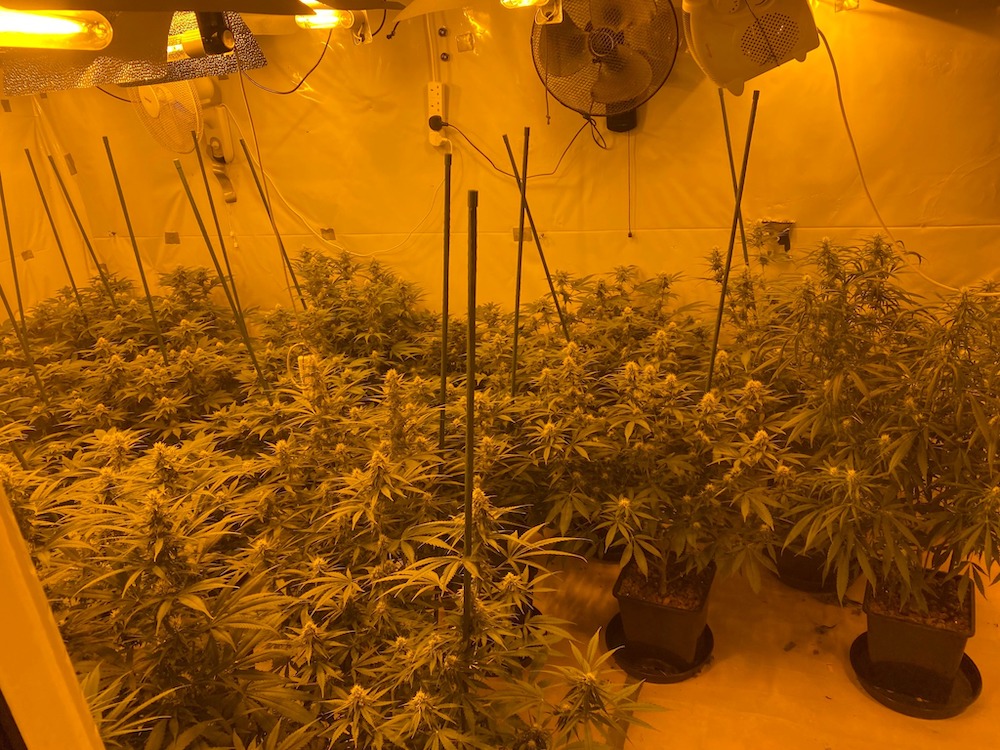 Police have charged two men aged 27 and 30 following the discovery of a cannabis factory in Craigavon yesterday (Monday 24 January).

The charges come after a quantity of suspected Class B drugs with an estimated street value of £105,000 were recovered during a search in a property in the Legahory Court area.

Both were arrested on suspicion of several offences, including cultivating cannabis and possession of a Class B controlled drug with intent to supply.

As is usual procedure all charges will be reviewed by the Public Prosecution Service (PPS).