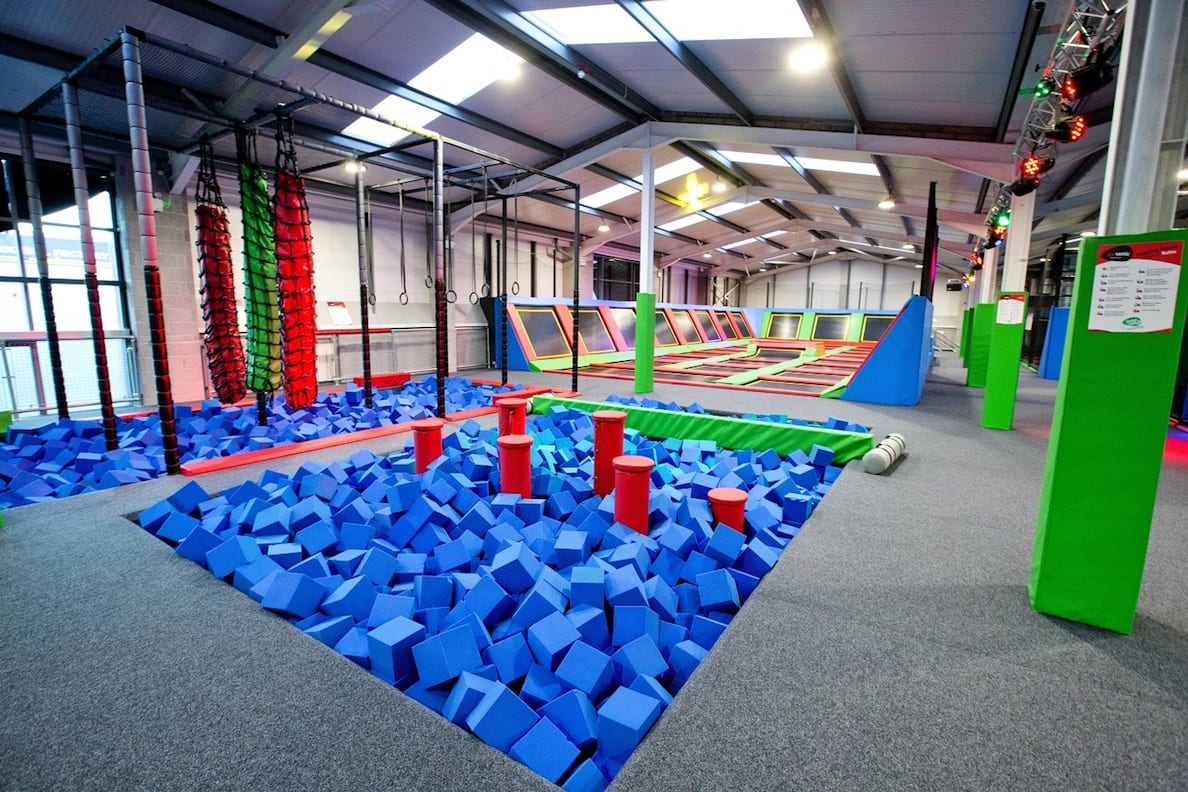 A trampoline park will be coming to Co Armagh after planners gave the thumbs up, Armagh I can exclusively reveal.

The exciting development, which is part of an overall re-imaging of the former B&Q store at Highfield in Craigavon, will also create 20 new jobs.

Armagh I revealed the ambitious plans last month, with the award-winning Air-tastic – which is part of the Funky Monkeys brand – being responsible for the running of the facility.

Already Marks and Spencer and O’Neills are confirmed as opening new outlets in the new Marlborough Retail Park, which consists of four units and over 500 parking spaces.

The development will also include a cafe.

There are also special play zones for ‘younger bouncers’ so they can have the same fun in a safe and secure environment.

At the Craigavon site, Unit 4, it is intended, would be split into two units. It currently consists of more than 4,200 sq metres of floor space over two levels.

The intention is for one unit to remain earmarked for food retail.

But the additional unit would be converted into an indoor trampoline park and cafe – over 1,000 sq metres on ground floor and 660sq metres on a partial mezzanine floor.

A transport assessment form submitted with the application estimates that, at peak times, up to 100 customers an hour would enjoy the huge range of facilities and activities on offer during Saturdays and Sundays.

A letter to council planners on behalf of the applicant confirmed the intended tenant and reveals the benefits of such an enterprise.

It described Air-tastic as an “award-winning local business which boasts a strong presence and proven track record for inward investment throughout the Province”.

The correspondence, which was evidently looked upon favourably, added: “Already hugely popular nationally, the innovative indoor trampoline park proposed aims at providing an accessible, fun and healthy recreational activity that can benefit all ages.”

The final decision will of course lie with councillors.