‘They look more like slums!’ Is this most deprived area in Upper Bann? 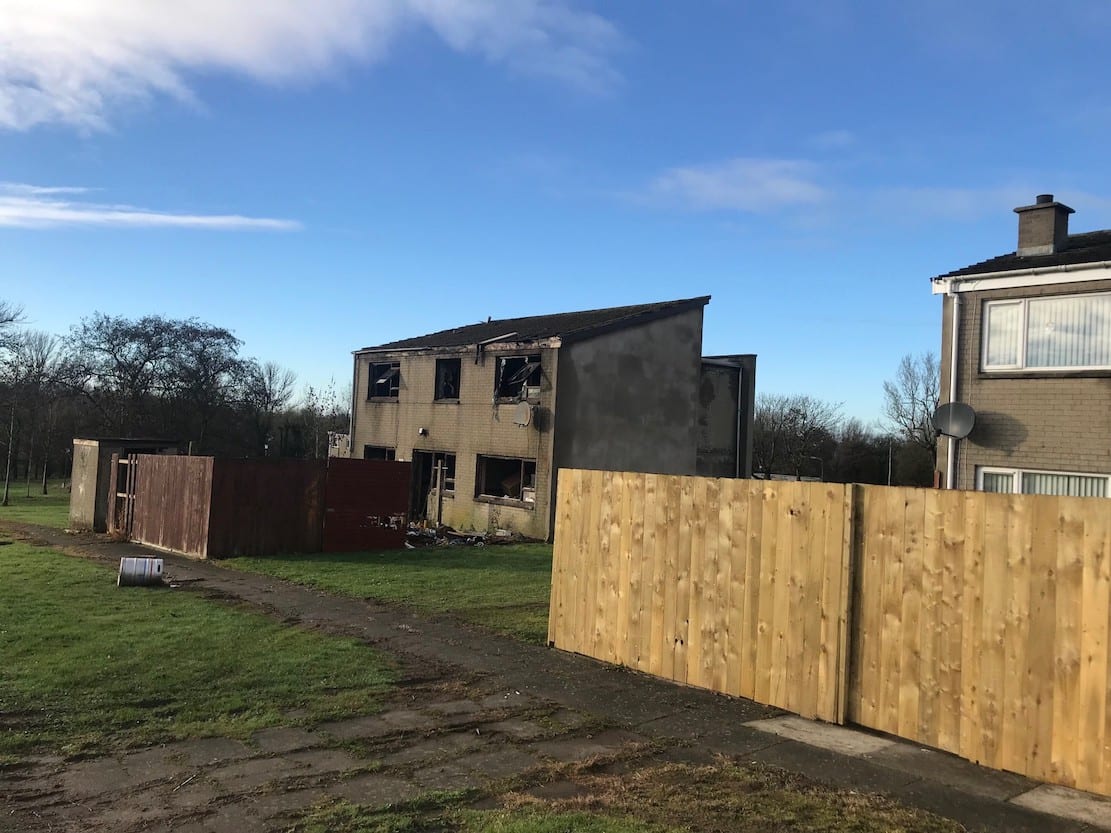 There are calls for urgent action to bring two areas of central Craigavon – likened to slums – up to an acceptable and habitable state for residents.

The Legahory Court and Burnside areas of central Craigavon are being described as some of the worst and most deprived in the whole of Upper Bann.

It has forced Ulster Unionist MLA Doug Beattie MC to write to the Chief Executive of Armagh City, Banbridge and Craigavon Borough Council, the Northern Ireland Housing Executive and the Department for Infrastructure.

He is seeking an urgent meeting to discuss the two offending areas; a problem exacerbated by a recent walk around these areas with colleagues Kate Evans and Alderman Kenneth Twyble.

“These areas have been totally neglected for quite a considerable amount of time,” said Mr Beattie.

“The footpaths are completely unacceptable; they are uneven, broken, moss and grass covered and barely lit at night with approximately 8-10 street lights in this small area are not working.

“Burnt out houses remain uncleared sitting beside those that are still inhabited creating an atmosphere of dereliction and a breeding ground for rats and other vermin. Walkaways between houses have not been cleaned and neither have communal car parking areas.”

He added: “Houses are in a poor state of repair with garden fences rotting and broken and window frames that have not been upgraded and are beginning to rot.

“Where it is clear some of these homes are private dwellings the question needs to be asked if there is any form of grant available to those occupants and if so what efforts have been made to ensure they know about them.

“Without a doubt Legahory Court and Burnside are some of the most deprived areas not only in Central Craigavon but throughout the whole of Upper Bann.

“Those that live there must feel that they have been forgotten by the authorities and dare I say it politicians. If this situation was in central Lurgan, Portadown or Banbridge there would be an outcry from local civic leaders and community groups that would enable change, yet Legahory Court and Burnside remain forgotten, derelict and in need of serious investment.”

Mr Beattie stated that as more and more money is invested in Craigavon improving the wealth and lives of all those in the area through jobs and wellbeing “it is important that the ink spot of investment reaches these deprived areas”.

He continued: “In calling for an urgent meeting of those responsible for this area I want to see something that will fundamentally change this area in the medium to long term.”

Party activist Kate Evans added: “I have never seen anywhere in the local area in such a bad state of repair as I did while walking around Legahory Court and Burnside.

“As a mother, I would have real concern letting my daughter out to play if I resided there and genuinely believe that the poor state of some of the homes leaves the places looking like a slum.

“Yet no  more than 500 meters away millions of pounds is being spent on infrastructure projects  to improve the aesthetics of central Craigavon, to help with health, wellbeing, job opportunities and a better standard of living for the whole area.

“Surely it is time to drop that ink spot of investment in other places other than around the area of the balance lakes and in doing so improve the lives and standard of living of those who reside in Legahory Court or Burnside.

“The possibilities are endless ranging from new social housing to the possibility the Southern Regional College could locate there.

“Whatever the outcome things cannot stay the same and I will work as best I can to ensure that central Craigavon, beyond the balance lakes, becomes a priority for local council, local services and the devolved government.”