‘Standards have slipped across the borough’ – state of streets labelled ’embarrassing’ 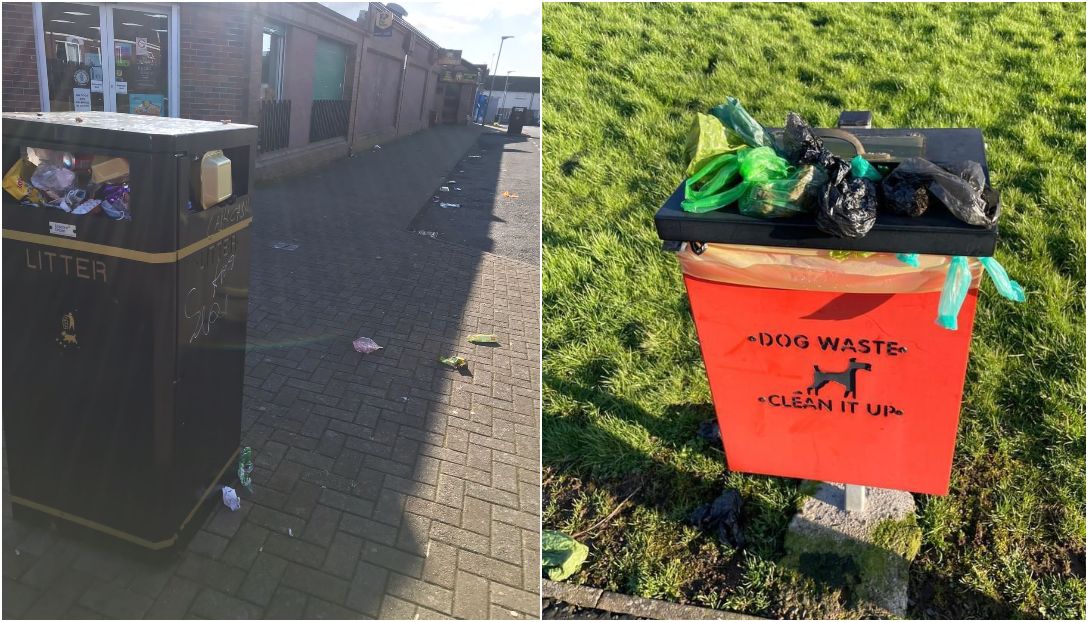 A workshop is to be held this month to allow members of Armagh City, Banbridge and Craigavon Borough Council’s environmental services committee to discuss the borough’s street cleansing problems.

The matter was raised by Lurgan Councillor Keith Haughian at a meeting of the committee on Tuesday, March 1 where he was told by Council’s strategic director of neighbourhood services, Sharon O’Gorman that a workshop would be arranged this month to discuss the issue.

Addressing the chamber, Cllr Haughian said he was there to represent his constituents and one of the concerns they are expressing “day and daily” is how dirty the streets are getting.

“I am not expecting miracles or things to change over night but it is pretty bad and dire in the area I represent so this is to flag it up, it is pretty bad,” said the Sinn Fein representative.

UUP Councillor Sam Nicholson said he was glad Cllr Haughian had raised the issue and said residents of Armagh city had also been contacting him about the problem.

“I am in the city most days and I am getting it too,” said Cllr Nicholson. I don’t want to labour the point but we do, as a committee, need to do something about this.

“I get pictures sent to me daily with overflowing bins,” said Cllr Baxter. “I know the department is under serious pressure and I know they are doing their very best but we obviously have a very severe staffing problem that needs addressed.

“The ratepayers are not getting the service they are paying for. Some of the pictures you get through are embarrassing and then it takes a few days to get them emptied. I understand we have a staffing issue but it needs sorted.”

His party colleague, Alderman Stephen Moutray said some of these bins are overflowing and showed the chamber a photo of one in the Killicomaine area of Portadown.

“The bin in this photo is packed full and the litter is up and down the street. Our streets are dirty because, to an extent, our bins are not emptied as required,” said Alderman Moutray.

“We are told there is a staffing issue but when do we get to the bottom of this?

“We need a resolution within the next month and I would ask something is done immediately to get us an indication as to where staff issues are in this department.”

Alderman Ian Burns thanked Cllr Haughian for raising the issue and claimed “standards have slipped all over the borough”.

“If these bins, and that includes dog bins, are overflowing, people will not use them,” said the UUP representative.

“If there is a staffing problem we will have to remedy it. We can’t just keep blaming staffing issues without tackling them. We will have to make sure the borough ends up clean and tidy like the rate payers expect.”

DUP councillor Paul Greenfield described the problem as a “major issue” and asked if there was any update on the use and whereabouts of the the machine Council has to clean streets.

Following Ms O’Gorman’s confirmation that the issues would be discussed in a workshop, Councillor Julie Flaherty said the constant cycle of workshops, not solutions, is starting to drive her “mad”.

“These workshops are starting to drive me mad,” she said. “I remember a workshop held a few years ago over the summer to try and iron things out but that is a good number of years ago now so I am sure this will be the same thing.

“Will some of our operational staff be present to walk us through what is going on, on the ground, that is what we need from this meeting.”

Council’s head of environmental services, Barry Patience acknowledged Council is having a “very difficult time” with its waste management at present and confirmed “there needs to be a change”.

“We will involve those staff on the ground,” he confirmed.

“A very important part of the discussions will be the input from operational staff as well as elected members.”