Trust outlined their plans on saving £6.4m from their annual budget 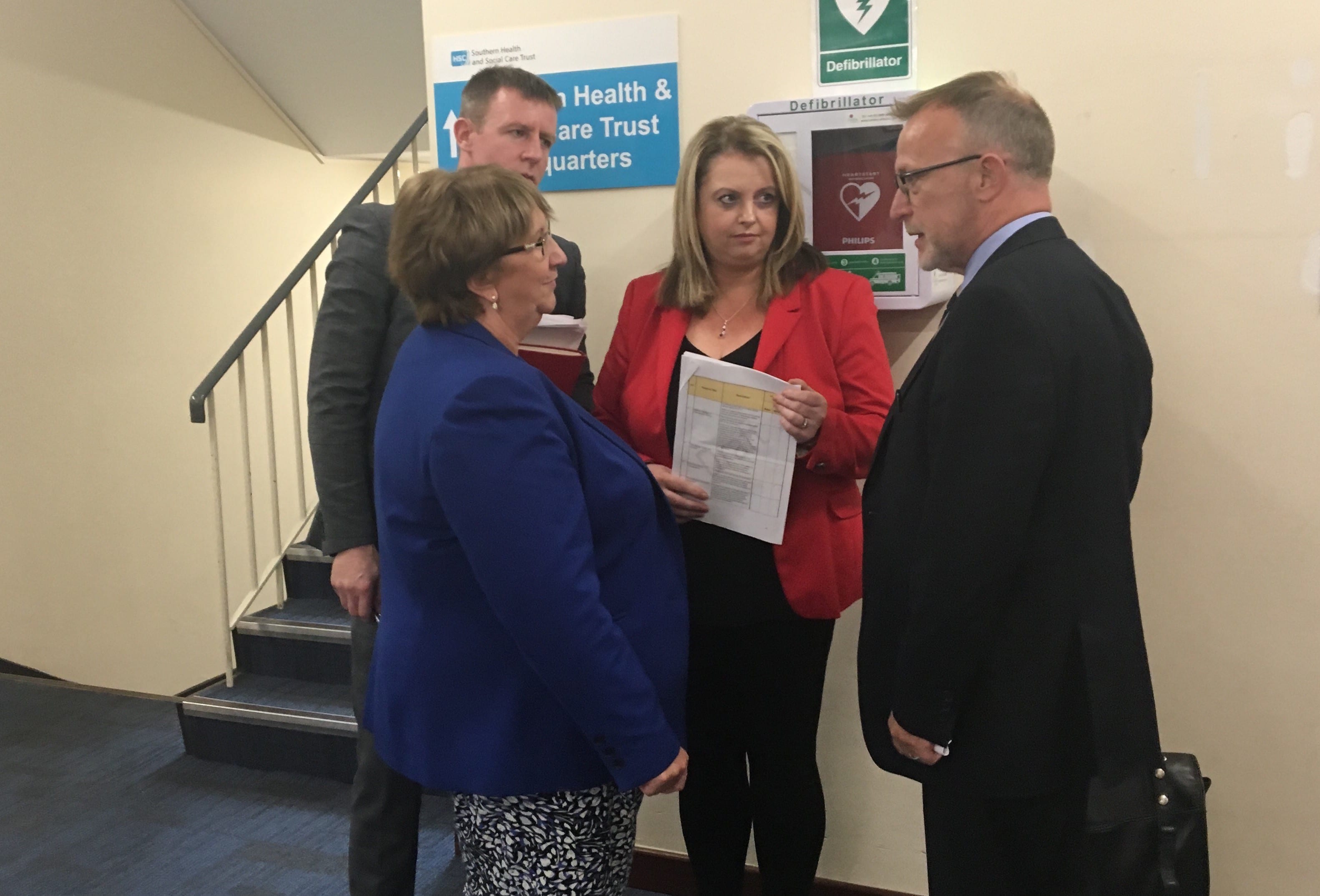 There are calls for the Southern Trust “to come lean” on the real impact of the proposed £6.4million in cuts to services.

Assembly Members Justin McNulty, Dolores Kelly and Sinead Bradley were joined at today’s meeting by local councillors in Craigavon as the Trust set out its plans to save the £6.4million asked of it by the Department of Health.

“We shouldn’t be here today.,” said an exasperated Justin McNulty.

“We shouldn’t be in a position where we have no Minister in charge of the Department and Civil Servants are deciding where public money should be spent.

“Today’s meeting of the Southern Trust was frustrating.

“Whilst the Trust have said they will offer up £6.4million in savings, their proposals were scant on detail.

“These are staggering amounts to lose, but we fear the real impact may not be felt to the next financial year.

“Will the Trust get this money back in next year’s budget?

“I sought assurances around Daisy Hill’s Emergency Department and the measures in place to sustain the 24/7 cover by locum consultants and I am pleased to have been given that reassurance today.

“I raised the issue of those with disabilities, those needing autism services and the elderly in the community as well.”

Upper Bann Assembly Member Dolores Kelly added: “This is a disgrace. Whilst we have been told that the monies being offered up were actually money the Southern Trust received in-year, I see no reason why this money couldn’t have been spent locally.

“This money is desperately needed in the community and would help alleviate pressure on the beds in our hospitals.”

She added: “Today we have been given some headline figures but no real substantive detail.

“We have challenged the Trust management to put real detail on their proposals when going to the public.

“We have also backed calls from the trade unions and community representatives in attendance today for the Trust to hold public consultation events and engage with the public rather than asking them to download the paper and email a response.

“What was apparent today was the real anger in the room at the political failure at Stormont.

“We believe today’s exercise by the Department and Trust is more about pushing the DUP and Sinn Fein into talks at Stormont and the sick general public are just collateral damage in the process.

“We asked where is the additional £60million James’s Brokenshire announced just five weeks ago or indeed the £250million per year the DUP and Conservative parties announced back in June?

“Whilst some are playing politics, our sick and infirm are suffering.”

The Southern Trust 2017/2018 Financial Planning Saving Plan is now out for consultation and is available here: http://www.southerntrust.hscni.net/about/consultations.htm