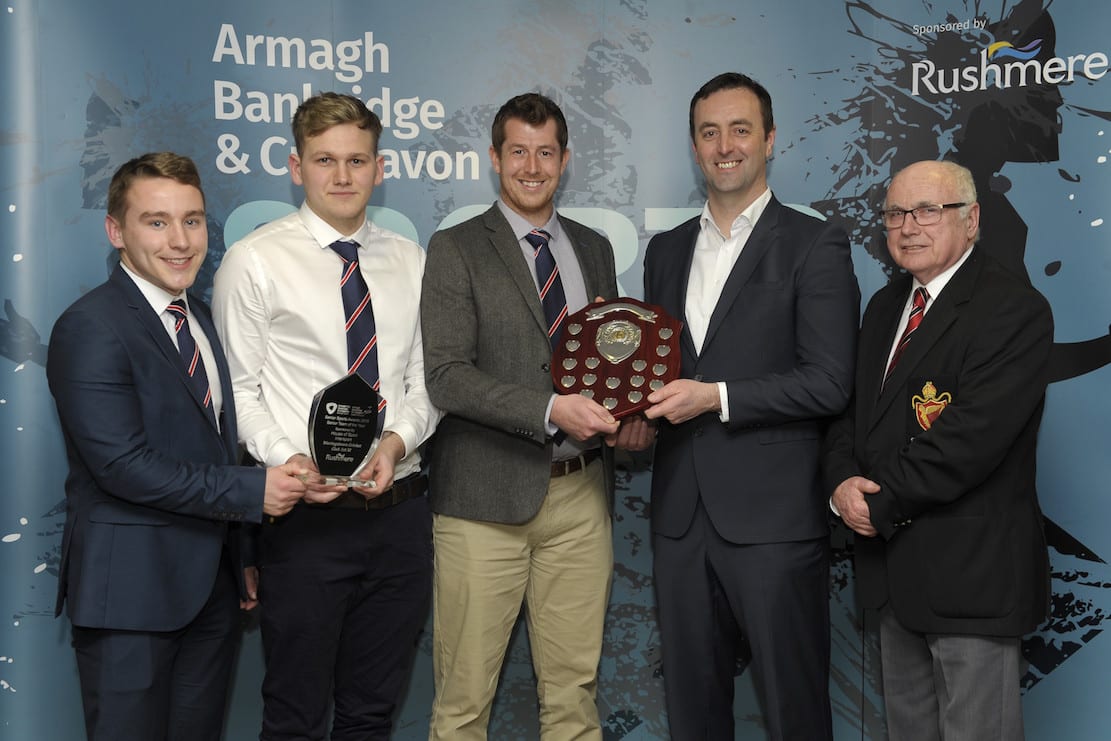 Craigavon Civic and Conference Centre, rolled out the red carpet on Wednesday to welcome over 200 guests to the Armagh, Banbridge and Craigavon Senior Sports Awards 2018.

The awards were to celebrate what was an unforgettable year of sporting glory at a local level and pay tribute to
the sports stars of the Borough.

The prestigious event, which was compered by Denise Watson from UTV Sport, featured a total of 57 nominations shortlisted across nine categories.

The wealth of talent being honoured demonstrated that the Borough has a vast, rich and diverse pool of people who merit recognition for their outstanding sporting achievements and performances throughout 2017.

Addressing the award nominees, Lord Mayor of Armagh City, Banbridge and Craigavon, Alderman Gareth Wilson, said: “I’m delighted to be here with all of you to celebrate your success.

“The Council and the Sports Forum are in awe of your achievements’ and we hope that you will enjoy this
evening’s event which is in honour of everyone in the room.”

The Chairman of the Sports Forum extended their thanks to the Lord Mayor for the support offered from Armagh City, Banbridge and Craigavon Borough Council which enables them to organise such important events and celebrate the sporting excellence across the Borough.

They also paid thanks to headline sponsor Rushmere Shopping Centre and each of the individual category sponsors.

Sports Person with a Learning Disability sponsored by Ulster Carpets

Senior Team of the Year sponsored by House of Sport, Intersport

Senior Coach of the Year sponsored by Sport Northern Ireland

Club of the Year sponsored by Armagh City, Banbridge and Craigavon Borough Council

Sportswoman of the Year sponsored by Rushmere Shopping Centre

Sportsman of the Year sponsored by Rushmere Shopping Centre