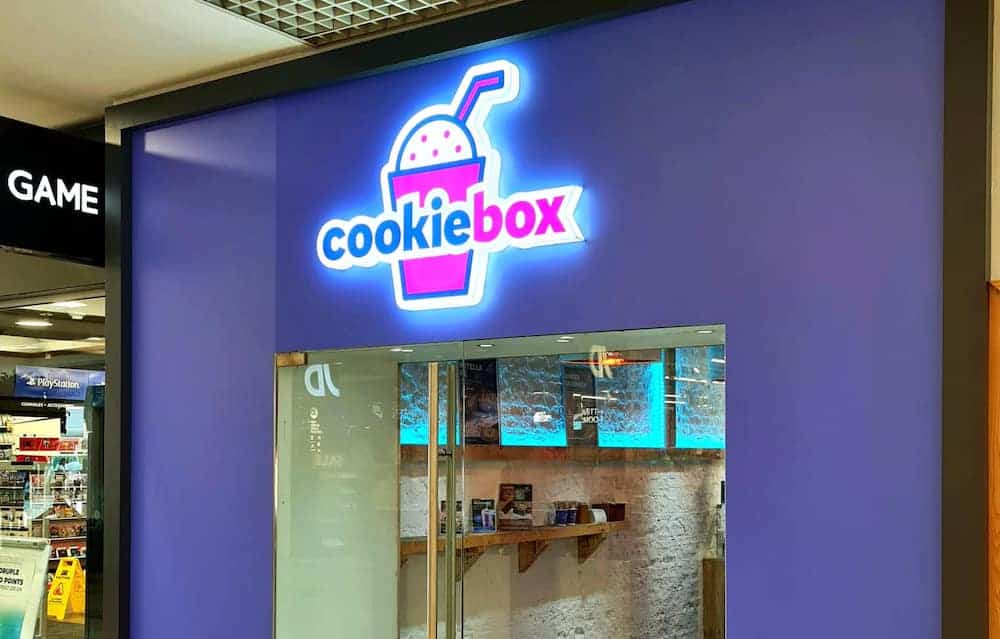 A sweet treats chain store which opened its doors at Rushmere Shopping Centre in Craigavon earlier this summer has closed permanently.

The Cookie Box, which is part of a slightly larger chain across Northern Ireland, has closed all its stores, informing staff that the business had become “unmanageable” due to “immediate pressures”.

According to the Irish News, an email sent on Thursday evening by a third party insolvency company on behalf of the directors, informed staff that their employment contracts had been terminated, adding that they should not to come to work on Friday morning.

The email said all units, which included the recently opened Rushmere outlet, were to close “with immediate effect” adding: “I apologise for the timing of this email, however given the immediate pressures, the position has become unmanageable.”

The Cookie Box described itself as an artisan bakery and milkshake parlour. The Cookie Box was originally started by husband and wife Brian and Claire McRandal in 2008. The business came under the ownership of Craig and Valerie Holmes in October 2018.

In the past year, the company also opened new outlets in Ballymena, Ballyhackamore and in Belfast’s Great Northern Mall.