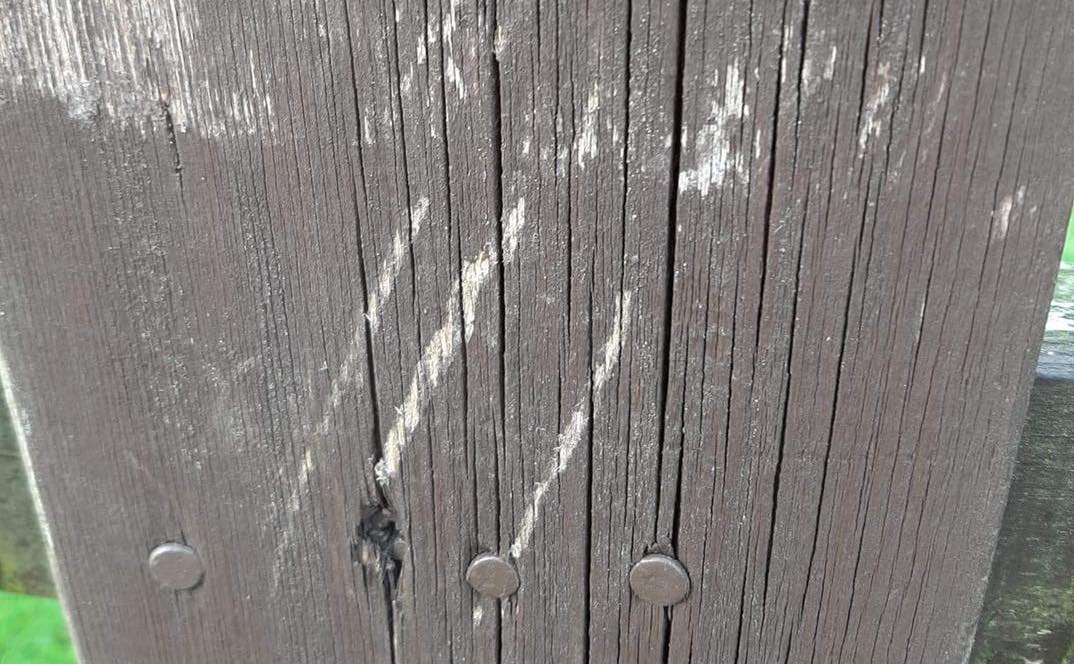 A community group in Craigavon have urged residents to be vigilant after an oil tank was emptied and suspicious markings left on the fence.

Meadowbrook residents took to social media after a neighbour had their oil tank broken into and emptied sometime on Monday night and into the early hours of Tuesday morning.

A number of chalk markings were left on the victim’s fence.

“[We] just had a resident call with one of our members to warn us that their oil tank was broken into and all their oil stolen,” the post read.

“They think this has happened sometime last night/early hours of [Tuesday] morning.

“The thieves broke the lid off the tank and the resident also found these markings on their fence (main image). We don’t know if this is a sign for these lowlifes, to make them aware where the the houses are with oil tanks or not, but those with oil please check your fences and please, please secure your properties.

“This is an absolute disgrace especially with price of fuel and everything else on the rise and people struggling more than ever, shame on you thieves! Nothing but lowlifes.”