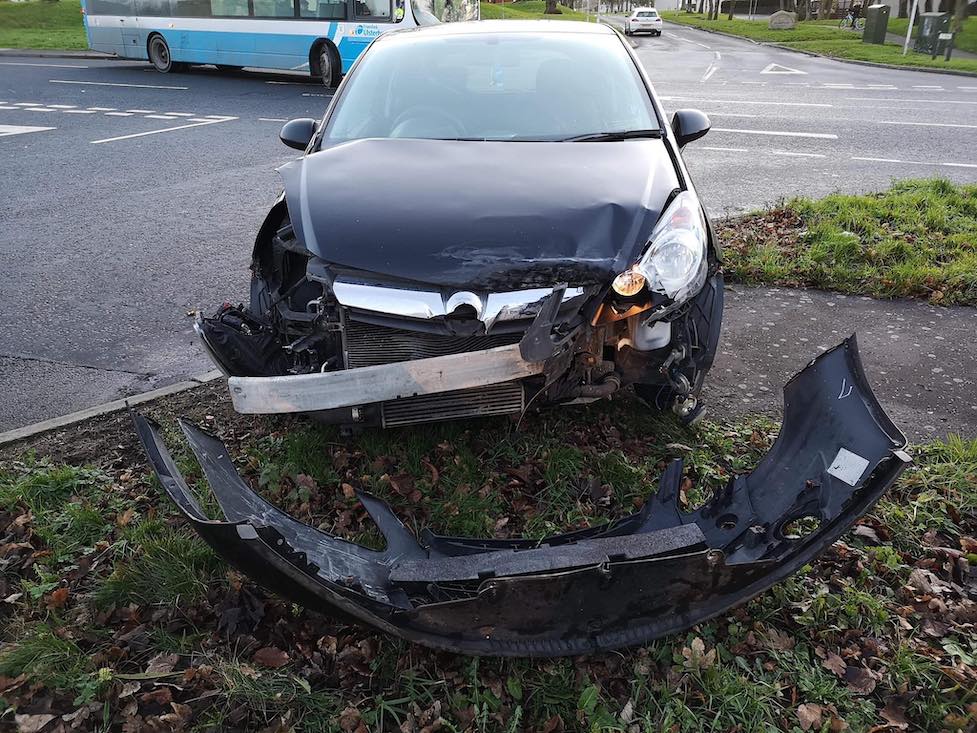 Residents are once again calling for urgent action following another collision at a notorious Craigavon crossroads.

The latest incident (pictured above) at Meadowbrook saw this car written off at the junction with the Tullygally East and Old Portadown Roads shortly after 3pm today.

One woman was taken to hospital as a result.

It’s the latest in a long line of incidents stretching back years, much to the frustration of locals and motorists alike.

There were calls for action 12 months ago following a similar crash and again in 2016 and previously in 2015.

Increased housing has precipitated a growing need for traffic calming, something which has been denied on several occasions, despite political parties urging action.

Posting the images of today’s smash on social media, a representative of Meadowbrook Residents’ Association, said: “Something needs to be done at these crossroads before someone is seriously hurt or worse.”

Speaking on the issue previously, SDLP MLA Dolores Kelly, said: “Traffic and pedestrian usage has increased in the surrounding area due to new developments and there has been an increase of traffic accidents in this area.

“It will not be long before there is a tragedy. I would urge DRD to deal with these issues as a matter of priority.”

They called for either traffic lights, a roundabout, or other forms of suitable traffic calming measures to be put in place.