Renewed plan to demolish Craigavon Lidl and build £3.5m replacement to be approved 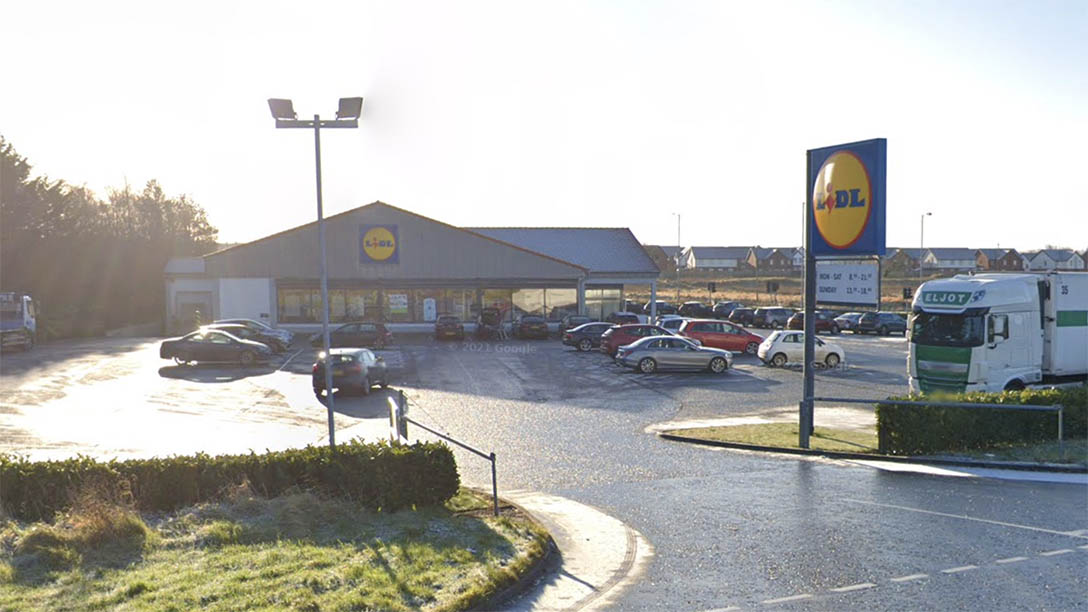 Hopes by discount retailer Lidl to demolish its Craigavon store and build one of its ‘new concept’ outlets in its place – at a cost in the region of £3.5 million – remain very much alive.

For a fresh application for the development, which would sustain existing staff roles and also create an additional 10 supermarket jobs, looks set to be approved next week.

The retailer currently occupies a substantial site at Balteagh Road, where it hopes to expand operations.

In order to do so, it would require demolition of the existing store and a complete new-build.

It is a move which would support around 200 jobs in the local construction industry, according to the applicant.

Lidl has previously been given approval for the plans back in 2017 but had been seeking to renew that permission and press ahead.

A new application was submitted in the summer and will go before Armagh City, Banbridge and Craigavon Borough Council planning committee on Wednesday with a recommendation that it be given the thumbs-up.

The submission had confirmed there were no changes made to the original application which was given the go-ahead in February 2017 but had not yet proceeded.

Lidl still hopes to build bigger and better in Craigavon and the renewal of planning permission should now see that happen.

Correspondence to council confirms that an alternative site search for its needs had been carried out and included “the vacant B&Q unit at Marlborough Retail Park”, but states this “is now fully let and occupants include O’Neill’s, M&S, Home Bargains and Airtastic”.

It adds: “Neighbouring land uses include an Ulsterbus depot to the east and Omni Park to the south east comprising cinema and three restaurants. These, together with the existing Lidl store, give this edge-of-centre location a commercial character.

“The application site comprises the existing Lidl supermarket to the south and east of the site, whilst its associated car park, comprising 148 spaces, covers the remainder of the site to the north and west.”

The design and access statement indicates hopes by Lidl for a new concept store, which will “have a significant emphasis on sustainability and are designed to have minimal maintenance costs and low energy consumption”.

It adds: “The new concept stores are configured to minimise stock handling from delivery to shop floor. Products are often displayed in their original pallets or boxes to minimise the time associated with conventional shelf stacking.

“This model is designed to ensure that Lidl can offer the lowest possible prices to its customers. Lidl operates on lower profit margins than the major supermarket operators and its model limits its ability to be flexible in terms of design and store format.”

According to the submission, the proposal is a “modern, attractive building, and will be very similar to the new concept Lidl stores built in Northern Ireland including the recently constructed stores at Magherafelt and Lurgan that have been warmly received by their local communities”.

It continues: “The store will have a mono pitched roof with an attractive glazed elevation to Balteagh Road. The glazing then turns the corner and provides the finish to the store’s entrance lobby on the front elevation facing Highfield Road.”

The design statement explains: “The sales area will be large enough to comfortably stock Lidl’s full range of goods in a manner that they are easily accessible to all customers. The store will be spacious and bright with extensive glazing
provided to its Balteagh Road elevation. It will significantly improve the shopping experience.

“Staff welfare facilities are considerably improved and include staff showers, locker room and canteen among other facilities.”

And there will be 149 parking spaces, including four parent and toddler bays and four disabled spaces.

A new pedestrian crossing point will be provided within the site to aid pedestrian movement and there will be dropped kerbs and tactile paving provided.

Bicycle stands will be provided adjacent to the Lidl entrance lobby to facilitate customers or staff wishing to cycle to the store.

Planning officials are satisfied that the application should be permitted and that will be the recommendation for councillors – who have the ultimate say – to consider when the relevant committee sits next week.