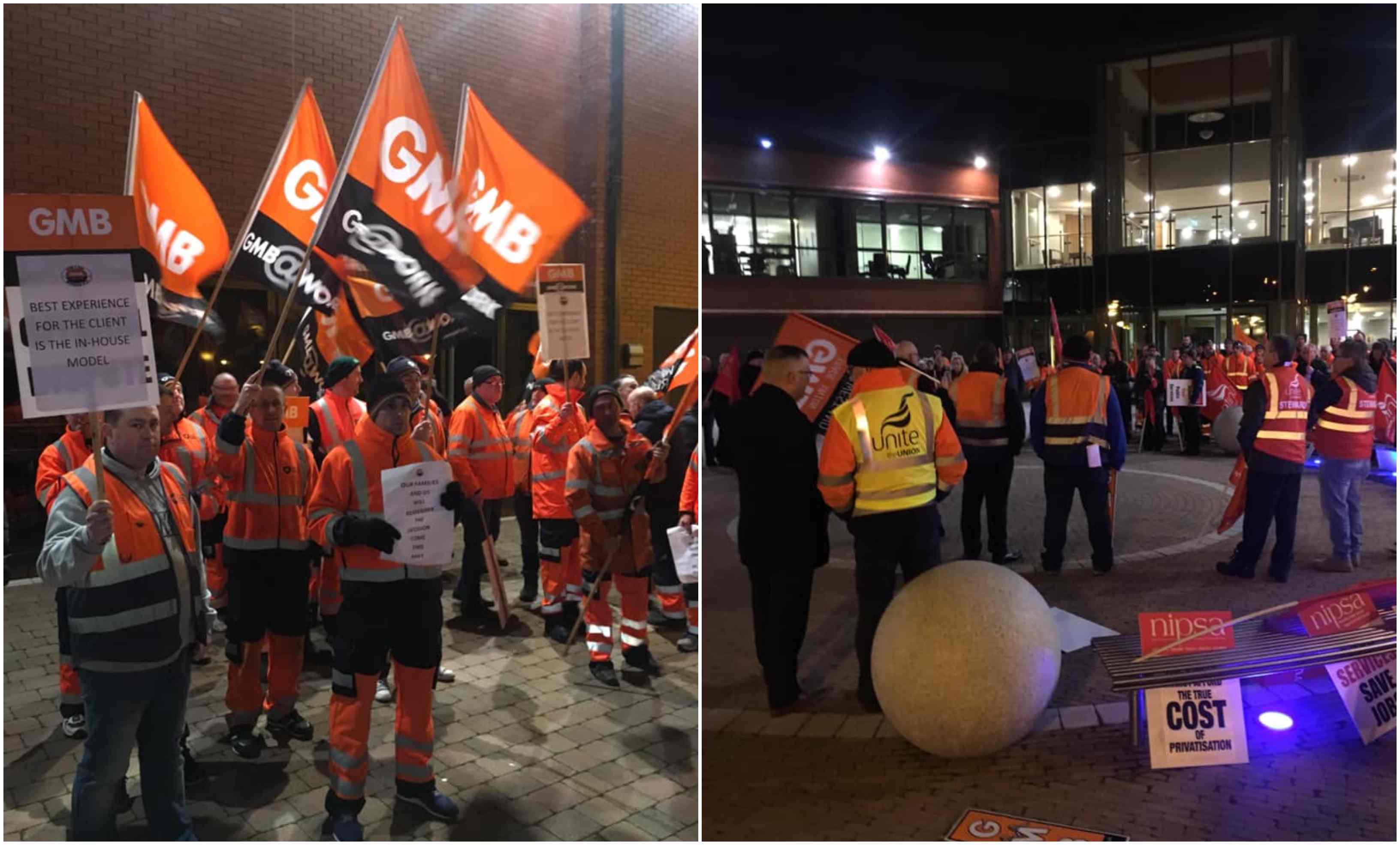 Protestors gathered outside the Civic Centre in Craigavon on Monday evening in a defiant stand against the potential outsourcing of council’s leisure services.

Tonight, ahead of a special meeting at Council HQ, dozens of trade union members from NIPSA, Unite and the GMB, were joined by some ABC councillors who disapprove of an option to privatise services at the new centres in Craigavon South Lakes and future new build in Armagh.

Sinn Féin say the message is clear and that the new leisure centres are paid for by ratepayers and council staff should run it.

“Privatisation is unacceptable, said councillor Keith Haughian. “This is about providing a top class service and not making money for private companies.”

Adding: “We asked that the debate was delayed until next month to allow Union representatives to speak to councillors. I am happy to say this was agreed tonight.

“The new South Lakes Leisure Centre is the biggest single investment in the history of this council,” said councillor McNally.

“£30 million of ratepayers money has been invested into building and designing this state of the art leisure facility.

“It is therefore imperative that council retain total control of the facility and place trust in the current staff and management to drive the transformation required to deliver a high quality facility to ratepayers.

The @nipsa contingent who, with colleagues from Unite and GMB, protested outisde Craigavon Civic Centre tonight. They were voicing their anger at management plans to privatise leisure services. pic.twitter.com/bLPZ8isrox

“The Council has a wealth of highly trained, loyal and motivated staff who have all the skills and determination needed to provide a first class customer focused user experience in the new facility.

“It is our view that operational control of the new state of the art facility should rest with Council staff. Local rate payers, who have financed this project, should be the key people to benefit from it rather than the financial interests of a private company seeking to make profit from it.

“We have confidence in the commitment and ability of our current staff and leisure services management to successfully drive this project forward and put customers at the heart of vital decision making.

“I would urge all parties to unite to ensure this facility remains in the ownership of ABC council.”

A decision, which was due tonight, was deferred until more information from the trade unions is made available.