Proposals if approved would see Whites Speedicook - founded on the banks of the Cusher River in 1841 - moving to a new-build state-of-the-art factory complete with 42-metre tall mill! 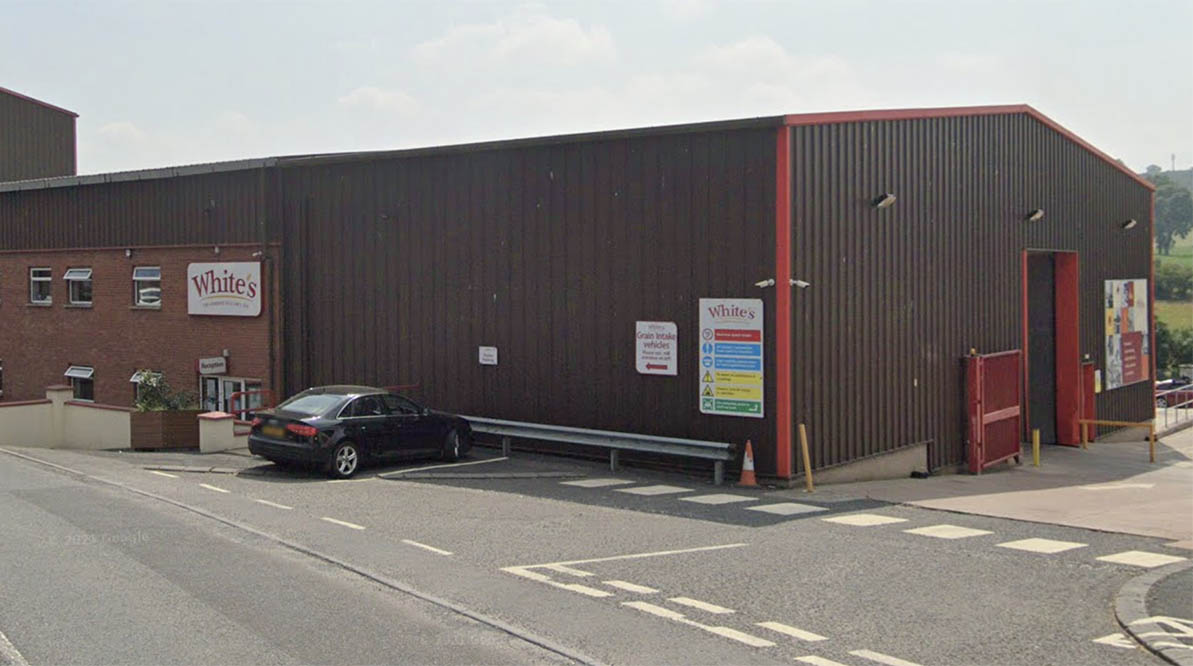 Formal proposals to build a new state-of-the-art food processing factory in Craigavon – to provide a new home for Tandragee-based Whites Speedicook – have now been drawn up, Armagh I can reveal.

The plans would see Whites leaving their current home in Tandragee – where they have been based since 1841, having been founded by corn and flour miller Thomas Henry White – and moving to nearby Craigavon.

It is the first planning application to be received by ABC Council in 2022.

And while made in the name of Fane Valley Co-operative Society Ltd, architects’ drawings – produced under the name of Project Tara – indicate the construction of a new mill and warehouse with the client given as Whites Speedicook.

Armagh I exclusively revealed plans for the new food processing plant back in September last year when we reported on a pre-planning application notice having been made, giving confirmation of a ‘major’ category development to follow.

Fane Valley – who took over Whites Speedicook in 1990 – has earmarked a site on Invest NI lands at the Mandeville Business Park, “south west of Knockmenagh Road Roundabout and north west of No 26 Clanrolla Road, Craigavon”.

It would be the first to be built on this zoned industrial land.

And it would, if approved, bring about a state-of-the-art facility – using the most modern equipment – which would account for around 6.4 hectares of the total significantly-sized Invest NI zoned land. It is currently described as a “greenfield” site.

The proposals are for a new food processing facility complete with mill, reaching to a height of around 42 metres tall!

The applicant also intends to construct warehousing, as well as silos, offices and ancillary facilities.

The proposals on the new industrial site will include access arrangements, together with site drainage and landscaping.

The mill and warehouse form the main body of the new construction, with adjoining offices. There is also a workshop facility as well as a pallet store and a storage building separate from the overall development.

Car parking is provided on site for staff and visitors too.

The application is due to be publicly advertised later this month and will be considered in depth before a recommendation is made.

If approved, it is understood work could start later this year and take around 12 months to complete, with a view to the site being fully operational early in 2024 if not before.