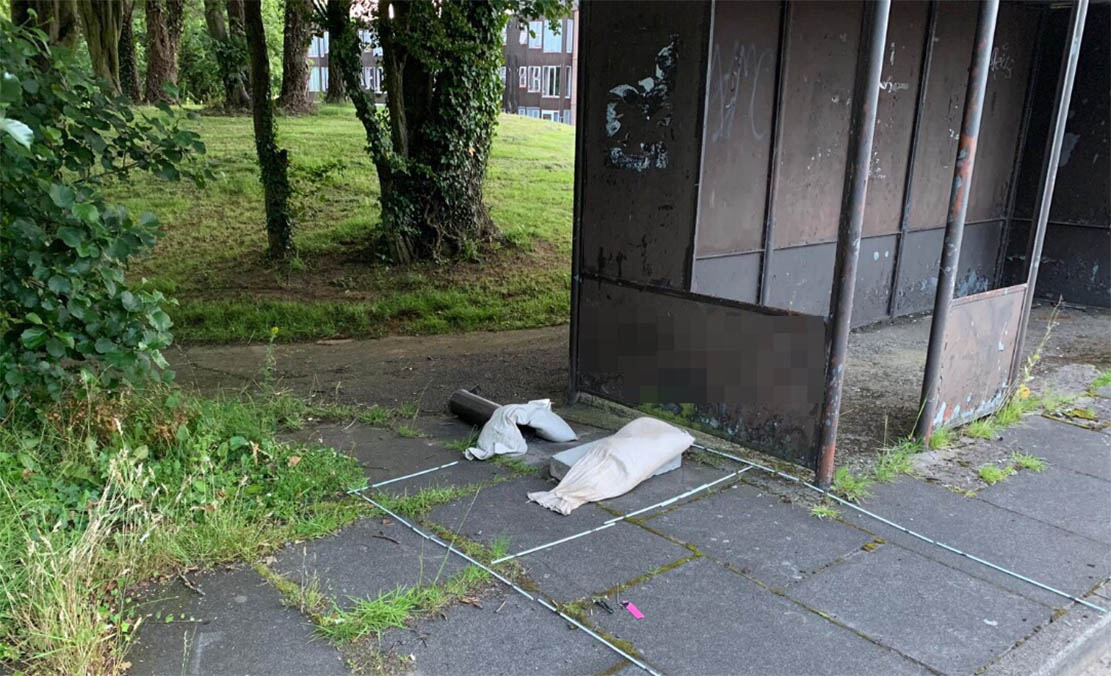 Detectives from PSNI Terrorism Investigation Unit have released images of the device planted in Craigavon on Friday night in a bid to kill police officers.

Police were called to the Tullygally Road at around midnight after reports of a loud bang. A short time later a Belfast based newspaper reported receiving a call claiming a mortar had been fired at police in the same area.

Responding crews then located a viable and deadly device close to a public bus stop near the Alderdale flats.

Detective Superintendent Richard Campbell believes that both the loud bang and phone call were meant to lure police officers and first responders into the area.

“Despite the initial report to the Tullygally Road our enquiries to date would lead us to believe a mortar was not fired and in fact the entire incident was staged in order to bring police into an area where another deadly and unstable device awaited,” he said.

“Although the explosive was designed and set up to look like a fired mortar, it was in fact a booby-trap device. In other words it was designed to explode if moved or touched.

“Had it detonated, as those responsible for placing it had intended, the result would undoubtedly have been catastrophic for anyone in the immediate vicinity.

“On Friday night this included people out socialising, teenagers and residents attempting to simply go about their daily lives.

“This attack was indiscriminate. Whilst there is no doubt in my mind that first responders were the target, the reality is that anyone could have been caught up in the carnage. We are extremely fortunate that the swift actions of those officers who were first on scene meant that there was not serious injury or death.

“This incident also serves to emphasise how important it is that members of the public report to us anything suspicious they find or see, and that people do not touch suspect items no matter how innocuous they may seem.

“I would like to again thank the community for their patience and cooperation throughout the security operation as we sought to ensure their safety.

“I ask that anyone who may be able to help our investigation and identify the perpetrators of this evil and wicked attack to please come forward. You can call us on 101 or if you would prefer information can be given anonymously via the independent charity Crimestoppers on 0800 555 111.”