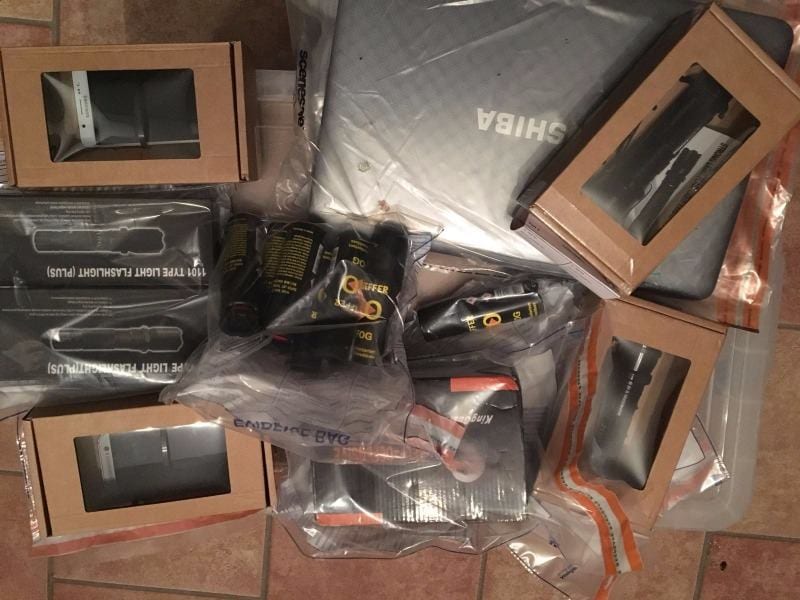 Two illegal stun guns are among a number of items seized by police in Co Armagh after being advertised for sale on ‘buy and sell’ sites.

A man was also arrested during the course of the operation, which came after information provided by members of the public.

Officers forced their way into a house and carried out a search after concerns and information passed on from individuals.

The police in Craigavon have praised their actions as “brave and commendable” and urged others also to pass on information they may have.

Police have also said a trend is emerging on buy and sell sites and claimed that “admins on these sites are allowing illegal activity to happen on their pages”.

Police in Craigavon levelled the accusation on their own Facebook page, posting: “To those who run or admin these pages- you do a tremendous service to the public. They are a great idea and in huge part gets us back to the olden days of tight, sharing communities.

“However, you still have responsibilities. Where activity such as drug dealing, or selling of counterfeit or illegal items is taking place, to allow that to continue could constitute ‘aiding and abetting’ whatever offence it is- up to possession of drugs with intent to supply or firearms offences! We do NOT want to start coming after admins. This should be something that polices itself.

“If someone posts on your page and it is clearly drugs, weapons, or counterfeit related – indeed anything that you doubt the legality of – remove it. If they continue to do so, block them. If they pop up in fake or questionable accounts, report them to Facebook.

“Whatever way you manage it, the practice of letting these people operate on pages you are responsible for must stop, immediately. As we have demonstrated time and time again in this district, screens cannot be hidden behind. People found to be based in our area who conduct illegal activity, or persistently allow others to do so will be pursued.

“If we work together on this, we can take a huge step in closing down a far too easily exploited avenue of criminality.”