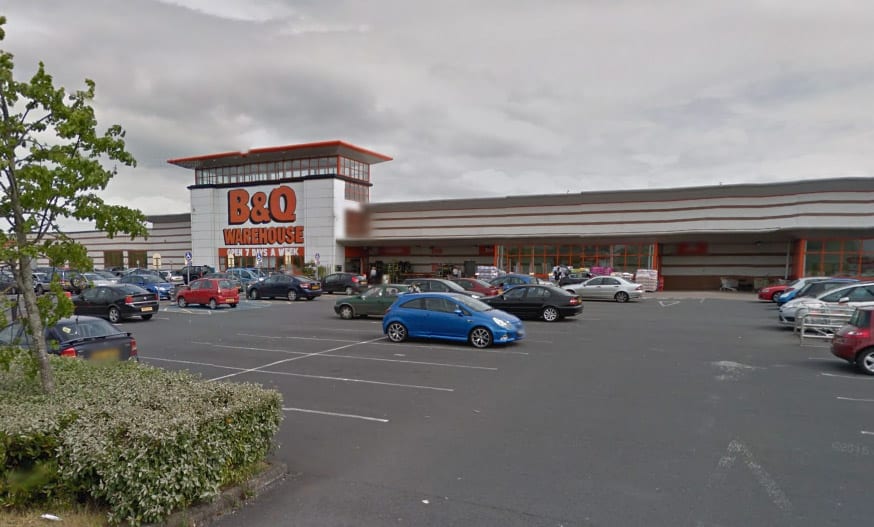 Planners will recommend a mini-retail hub in Craigavon will be allowed to proceed.

Officials are set to inform local councillors they have no objections to the ambitious development at the site of the former B&Q premises in Craigavon.

The proposal – which was submitted in October – has seen consultation taking place with the various statutory agencies.

None have expressed any objections and it was decided that an environmental impact assessment was not required.

The proposal is to completely refurbish the premises at the Marlborough Retail Park on the Highfield Road.

Submitted in the name of the Portadown-based JH Turkington, such a development would see the extensive premises transformed.

Separate retail premises and shop fronts would be created to allow for the “future potential internal sub-division”.

It is understood that four new outlets could be created.

Additional car parking would also be provided to accommodate customers of any future outlets, together with new rear service entrances.

The B&Q store closed earlier this year with the loss of some 50 jobs but this redevelopment – and any future new tenants – would be expected to bring a fresh jobs boost to the area.

The proposal has been included on the delegated list with an opinion to approve but, as usual, this will be subject to councillors accepting the planning official’s recommendation.

An earlier application relating to the same site has already been given the go-ahead and paves the way for this ambitious scheme.

It granted permission, among other things, for the demolition of outbuildings and the widening of the rear service road to facilitate traffic movement.