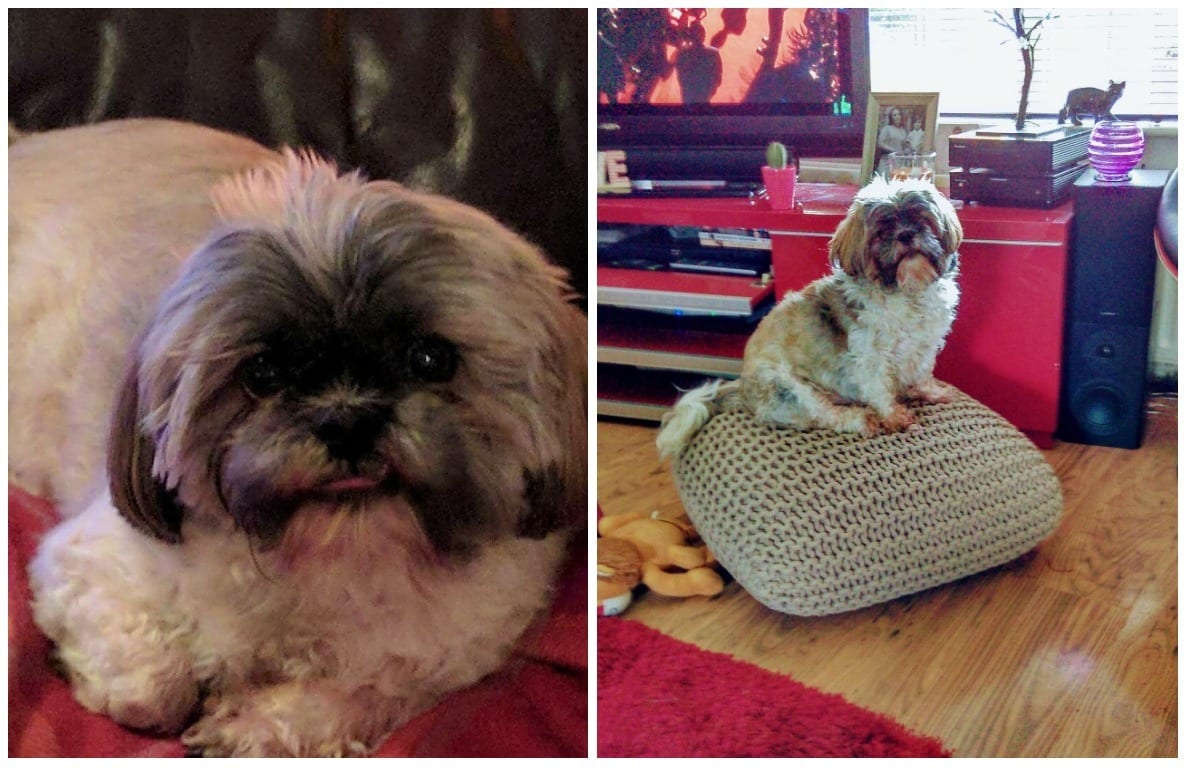 A Co Armagh woman has been left traumatised as she tried in vain to protect her little Shih Tzu from a vicious dog attack on Sunday afternoon.

Lorraine Crawford was out walking her pet dog ‘Ben’ at around 4pm in the Kernan playing fields area of Craigavon when two Staffordshire Bull Terriers pounced on the defenceless dog.

The attack – both violent and prolonged – left little Ben badly injured and without an eye.

He is due to be operated on this morning (Monday), with his owner Lorraine telling Armagh I she is praying for a successful procedure.

Posting about the incident on her Facebook yesterday, Lorraine explained: “My wee dog was attacked around 4pm at Kernan Playing Fields by two Staffordshire Bull Terriers.

“His eye was pulled out his socket and the man responsible for this casually walked over and took his dogs without even apologising. I was in terrible distress.

“The incident happened for more than 10 minutes, we couldn’t prise the dogs off him. The man in question is heavy set, wearing a leather Hell’s Angels jacket, with a beard. His dogs are dangerous.”

The dog warden and police have been informed of the incident.

Our thoughts are with Lorraine and little Ben this morning as he undergoes his operation.