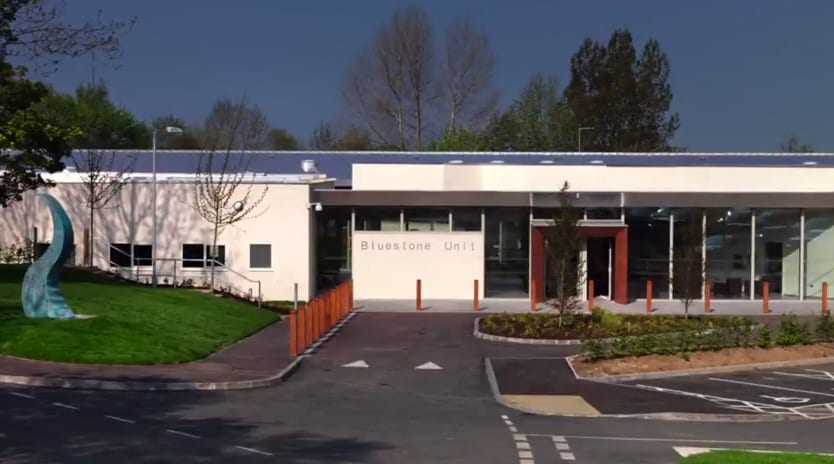 A 10-year prison sentence was handed down to a man who slashed the neck of a doctor at Craigavon Area Hospital.

Michael Larkin appeared before Craigavon Crown Court today (Wednesday) for sentencing after being convicted at trial earlier this year. The trial had earlier heard the 26-year-old also used a toothbrush handle, which had been sharpened, to attack two mental health workers at the Bluestone Unit at Craigavon.

Judge Patrick Lynch QC, at court today, accepted that the defendant had mental health problems but said the sentence handed down by the court had to reflect the seriousness of the offences.

The accused, with an address at Altnaveigh Park, Newry, had been assessed as posing a significant risk to the public.

Judge Lynch said it was up to the courts to protect NHS workers who played a vital public role. He had considered imposing a life imprisonment term or an indeterminate sentence on accused.

Handing down an extended sentence of 10 years, it will now be the responsibility of the Parole Commission Board to decide if and when Larkin is released.

During the course of the trial, detail of which was recollected at today’s sitting, it was reported that the doctor’s neck had been slashed with a blade on June 3 last year.

Additionally, he was convicted of two charges of possessing weapons with intent to commit murder on two dates in June last year.

The court heard accused had a long history of mental illness. He had been diagnosed with paranoid schizophrenia in 2013 and was admitted to the Bluestone Unit at Craigavon last June.

Larkin had attacked the doctor from behind as he left the accused’s accommodation, pushing a trolley. The doctor was slashed twice on the neck and once over the eyelid.