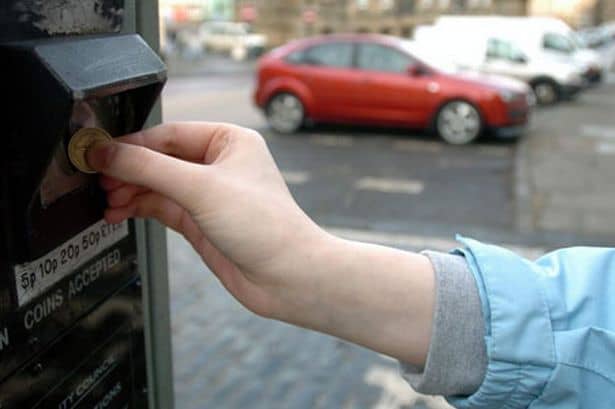 A new mobile application could earn you £10 every time you take a photo of a parking violation at certain points across county Armagh.

UK Car Park Management manages car parks for McDonalds, Halfords, Tesco and the NHS has said it will hand out £10 commission for every ticket fine retrieved by the company.

To claim your cash you simply upload a picture of the car along with the registration number.

Parking across Armagh is a contentious issue but this is likely to be a divisive move.

The app is designed to be used by small businesses who cannot pay to patrol their own car park or install Automatic Number Plate Recognition (ANPR) cameras.

The move, which has been heavily criticised, has been defended by CPM chief James Randall.

The 32-year-old said: “The problem is not with the app but with drivers that do not respect people’s land.

“The photo uploaded to the app is just the evidence and every one is looked at by a member of staff before a ticket is printed.”

The company offers “complete confidentiality” to the app users who report drivers to claim £10 for every paid ticket.

Drivers are sent a letter demanding £60, which rises to £100 after 14 days without payment.

The RAC has blasted the scheme as a “recipe for disaster” and could lead to fights between drivers and app users photographing their vehicles.

RAC spokesman Simon Williams said: “This is wrong on so many levels it beggars belief.

“The sharp practices of parking companies are already regularly called into question with paid officials dishing out fines, but with members of the public being financially encouraged to shop motorists who overstay, it’s a recipe for disaster.

“This will cause total chaos by undermining trust still further and may even lead to public order offences between drivers and members of the public looking to earn a quick £10.”

Edmund King, president of the AA, said: “We hoped that outlawing cowboy clampers would have got rid of these sharp practices but it seems that some of the modern day highwaymen are alive and well.

“Even Dick Turpin did his own dirty work without relying on others.

“Getting drivers to do their dirty work shows the lengths that some parking companies will go to in order to get drivers to stand and deliver their profits.”

Power cuts, trees down and storms set to continue: Take care and be prepared