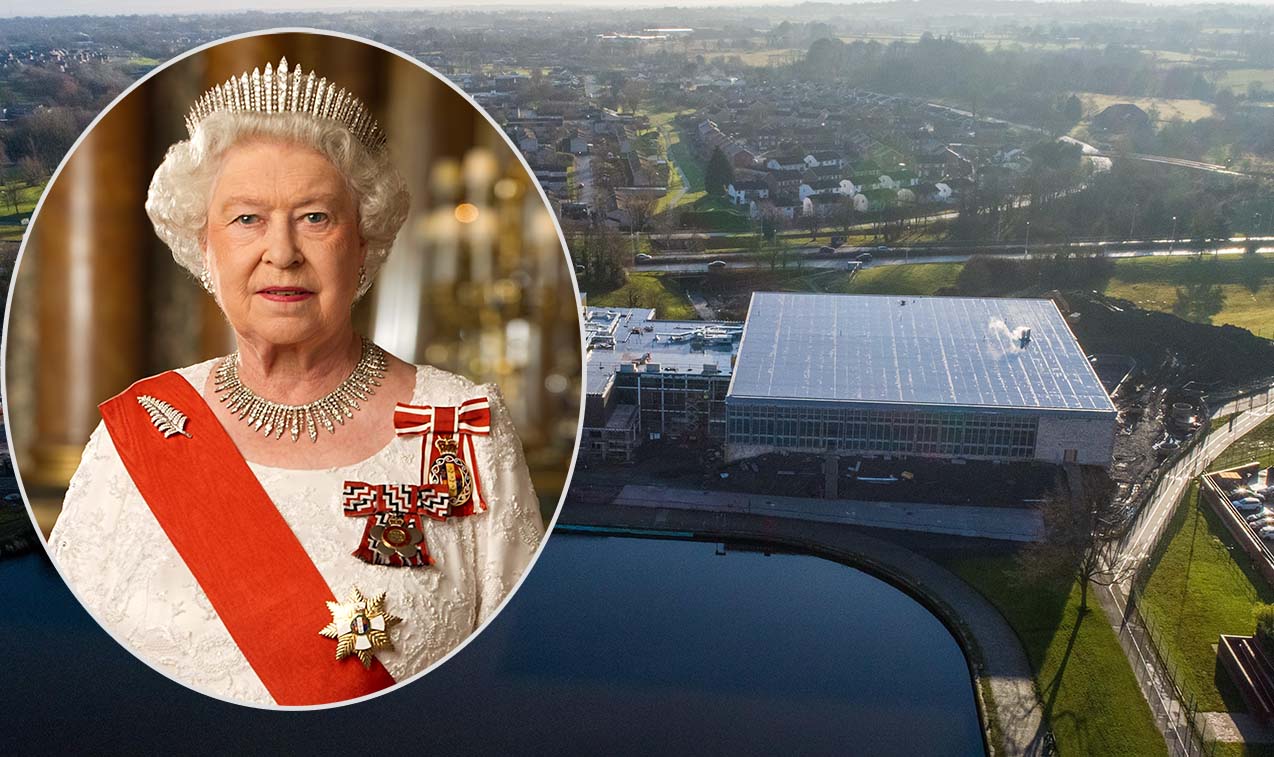 A new state-of-the-art leisure centre will not be renamed the Centenary Leisure Centre to mark 100 years since the formation of Northern Ireland at this time.

The decision came after the Lord Mayor Kevin Savage ruled a notice of motion could not be debated as he deemed it “improper”.

He was, however, accused of a “dereliction of duty” and his decision could be challenged legally, it has been indicated.

Accusations were flung after the controversial notice of motion was brought by the DUP to Monday night’s remote meeting of Armagh City, Banbridge and Craigavon Borough Council.

The South Lake Leisure Centre, as it has been referred to since inception, is due to open next year, having lost time due to the coronavirus pandemic. It had originally been due to open in August.

The DUP, in a motion to be brought by Councillor Mark Baxter, had sought to have it named the Centenary Leisure Centre.

The motion read: “On the 3rd May 2021 Northern Ireland will celebrate its 100th Anniversary as a country and integral part of our United Kingdom.

“To commemorate and celebrate this momentous occasion and to mark this significant milestone in our history we propose that the new state-of-the-art Leisure Centre which is nearing completion at the South Lake be officially named the ‘Centenary Leisure Centre’.

“Additionally this council seeks to invite her Majesty the Queen or her representative to officially open this iconic facility.”

But they never got to table the motion.

Lord Mayor Kevin Savage pre-empted and said he had “no issue” with bringing the Queen over but there had been no equality impact assessment carried out.

He said the motion was “improper” for this reason. To that end, he said he did not believe it could be taken forward.

Lord Mayor Savage said he had studied standing orders and ruled it was improper and that it “cannot be debated”.

DUP Alderman Stephen Moutray said he was “somewhat surprised” and asked where he got his advice from.

The Lord Mayor said he had spoken to his colleagues.

DUP Councillor Darryn Causby said it was not possible to carry out an equality impact assessment until a decision had been made.

He said that should the motion have been successful it would have had to be screened like every decision by council.

“You don’t like the motion,” Councillor Causby told the Lord Mayor.

He said he had consulted his party colleagues, not the council chief executive or council solicitor, and accused him of a “dereliction of duty”.

Councillor Causby said it was “quite disgraceful” and he asked him to reconsider.

Lord Mayor Savage said he had read through standing orders and it fell to himself to do it.

Sinn Fein’s Liam Mackle described it the motion as a “publicity stunt” and branded it a “madcap proposal from a madcap party”.

He said from start to finish the DUP had five years to bring a proposal but they had left it until two months before it was due to open and then sought to bring this “divisive motion”.

This, he said, came after spending £40,000 of ratpeayers’ money in branding.

He said the Lord Mayor had taken a “brave step”.

But DUP Councillor Mark Baxter accused the Lord Mayor of being “cowardly in the extreme”.

The DUP said no name had ever been given to the naming of this centre and questions were asked as to where the decisions had been made in terms of expenditure on branding and signage.

Councillor Baxter told him: “You’re afraid to have this debate within the open chamber.”

He said the name the South Lake Leisure Centre was a “working title”.

“For you to sit there citing the NI Act is an abuse of your power,” he said.

He said they needed to seek legal advice, adding: “This hasn’t happened in my nine years in council not to take a notice of motion on the floor.”

SDLP Councillor Joe Nelson said it was “ridiculous” that the Lord Mayor had been put in this position.

He said the motion was “totally divisive” and “would have knocked back the opening of this leisure centre by a substantial period of time”.

Councillor Nelson added: “The way forward for this council is reliant on getting the leisure centre operational as soon as we can. The action that had been proposed here would have knocked that back by at least six months and this council cannot afford that.”

He highlighted an email from Portadown Amateur Swimming Club he had received prior to the meeting which opposed the motion and the “politicising of this leisure centre and politicising sport”.

Councillor Mark Baxter said it had descended into chaos and told the Lord Mayor, “you’re out of order”, before insisting “it will come back to the floor of this chamber”.

He added: “You can’t continually abuse your power. You’re only in the chair a few weeks. It’s an absolute disgrace you’ve done this.”

Sinn Fein Councillor Garath Keating said he had been staggered to learn about the notice of motion from local media.

He said it was “completely disrespectful”, and hit out at an attempt to”try and put a branding on this and a territory on it”.

SDLP Councillor Thomas O’Hanlon said he was “deeply saddened” and felt it “harped back to the days of the past which we all hoped had been left behind”.

Chief Executive Roger Wilson confirmed he had “not taken senior counsel opinion on the matter”.

He said two standing orders were being quoted.

He said on legal advice previously on notices of motion it was ruled it was not possible to screen a notice of motion prior as they did not know what the decision would be.

Councillor Causby said there was not a country in the world that would not celebrate their coming into being.

They agreed to amend the notice of motion and there was an adjournment to accommodate this.

Councillor Causby had indicated they may be willing to remove reference to the naming of the centre and to extend an invitation – which he said the Lord Mayor had indicated he had no objection to – and to put the “wheels in motion for the official opening”.

After the adjournment, the amendment was not heard and the Lord Mayor apologised saying he had misunderstood the intentions.

He said if somebody wanted to have a discussion about it they could later raise it during a confidential debate on the South Lake Leisure Centre.

Independent Councillor Paul Berry said in all his years in local government he had not seen this happen and he asked if the Lord Mayor was not obliged to put the amended motion to the floor.

“We are living in a democratic society. We are not living in a dictatorship. It’s my right to hear his proposed amendment,” said Councillor Berry.

Lord Mayor Savage refused and said he had made his decision at the start and could have “closed it down” at that time.

There have been suggestions from councillors that the legalities of the decision made by the Lord Mayor will now be looked at and could be formally challenged.