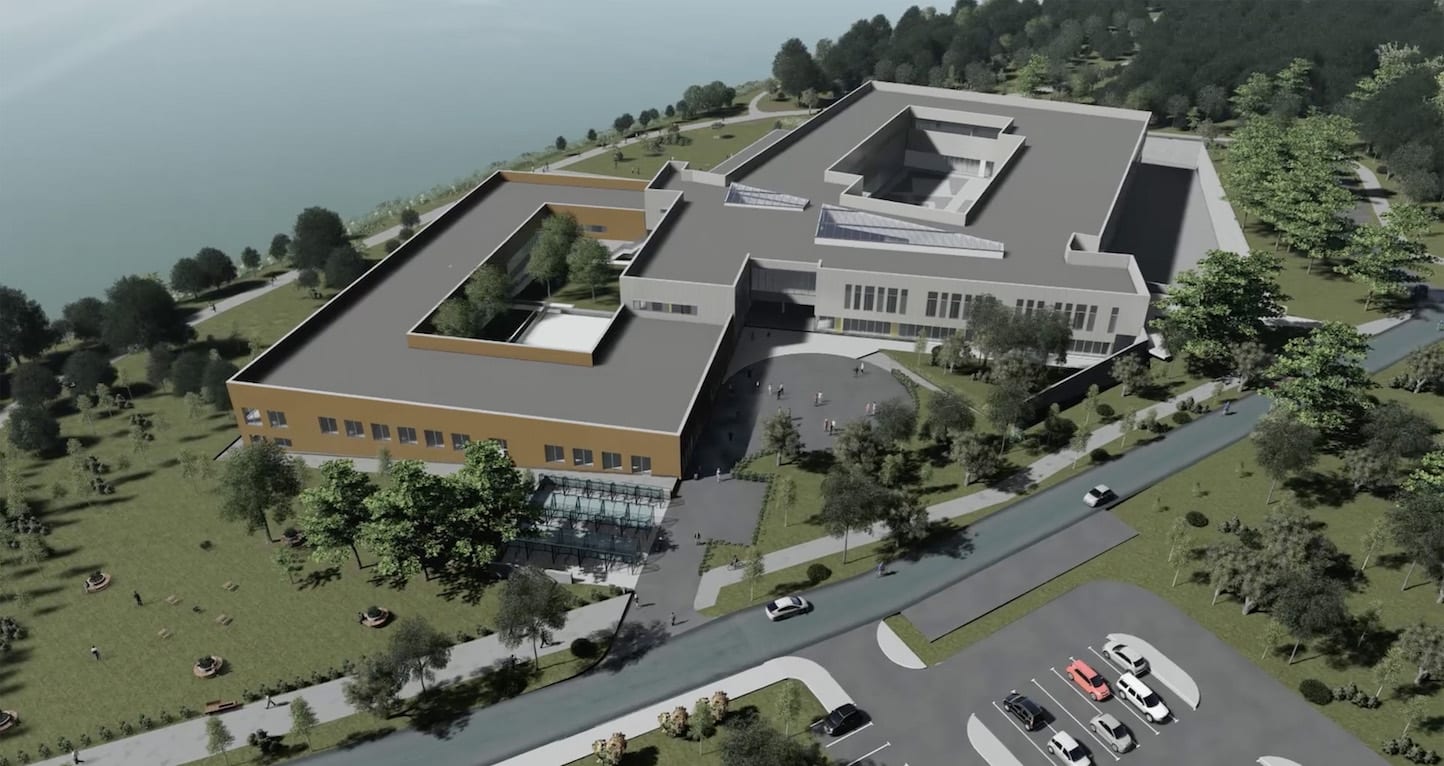 Campaigners opposed to the development of a new college campus at Craigavon Lakes have won the support of a local MLA, who has insists it will “do nothing to help regenerate the very area intended”.

Upper Bann MLA Doug Beattie MC MLA has said the £45 million development could, in fact, prove “detrimental” to the area.

It is a move which would see the creation of hundreds of jobs and apprenticeship training opportunities in the region, according to SRC, which has already secured planning consent for two new campuses in Armagh and in Banbridge, both of which are being built on existing sites.

The Craigavon development, which would be located next to the recently-approved £30 million Craigavon Leisure Centre, close to the Craigavon Civic and Conference Centre and Rushmere Shopping Centre, would replace the Lurgan and Portadown campuses with a single new campus.

But it has been met with vehement opposition from campaigners who intend to launch a legal challenge.

Here he gives his opinion….”There are many who might feel the need to belittle protest or campaign groups; but at times they do a valuable service shining a light on what local government and government departments are doing.

“Some may well view the Save the Craigavon City Park and Lakes campaign as a backward group of looney left liberal tree huggers who oppose progress – but they would be wrong.  This group happens to be challenging the decision to build a Southern Regional College (SRC) at Craigavon Lakes in the middle of a public park for good reason.

“On the face of it this may seem to be good for the community, however it will actually do nothing to help regenerate the very area intended and could be detrimental to the community in which it will be sited.

“Imagine if the SRC was situated somewhere else in central Craigavon – on one of the other six sites identified as a possibility – then we could have a real effect on developing Craigavon and bringing much needed investment and jobs to the people who live and work there.

“This raises another question. How can it be possible that land for the SRC was bought in March 2015 yet the sequential site assessment – the various other site options – included the site of the old Craigavon B&Q site. How could this have been a possible option as it did not close until April 2016 with the announcement that it would close in September 2015.

“This could lead you to believe that the site had already been selected; negotiations had been entered to buy it while the old Craigavon Borough Council was still in existence, meaning the sequential site assessment was a perfunctory exercise. Therefore it is right that the Save the Lakes campaign challenge the findings of the SRC proposal and consultation.

“I am absolutely clear that the SRC should come to central Craigavon and should bring with it development, investment, regeneration and jobs. Something the Save the Craigavon City Park campaign have also made clear. However I do not believe that the lakes site is the right place for it.

“Thinking with my heart I believe that an SRC on the lake shore would change the fundamental feel of our much prized park and open space and any development on that site should be in keeping with what we have at Oxford Island. Thinking with my head it is absolutely clear that Craigavon could benefit more from the SRC if it was situated somewhere else in central Craigavon allowing that ink spot of development to spread further through the area.

“Supporting the Save the Craigavon City Parks campaign is not the same as saying there should be no SRC and that we should not strive to create a first class learning environment for students.

“It’s about challenging what many see as the wrong decision in placing the SRC by the lakes as well as challenging the procedures that led to this decision being made. Transparency is needed from all local government departments  and real thought for the people of Craigavon and the wider community must be given.”