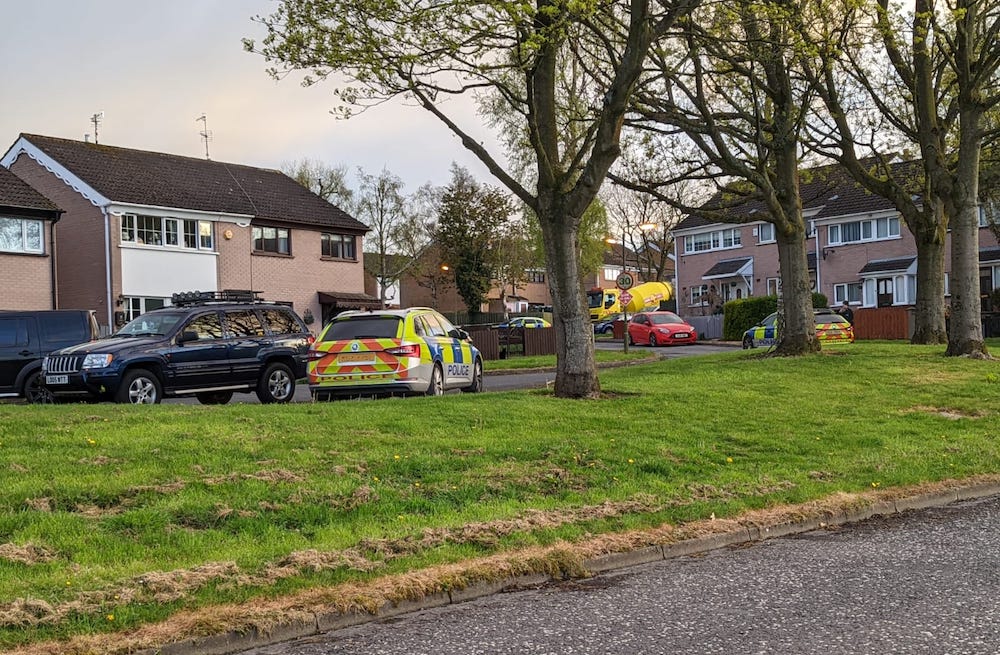 A man was rushed to hospital with serious head injuries following a road traffic collision in Craigavon last night (Monday).

A large police presence was seen in the Pinebank area following reports a pedestrian had been struck by a car in the early part of the evening.

The man suffered serious head injuries and was rushed to hospital as a result.

His condition is unknown at this stage.

One woman was arrested on suspicion of various motoring offences.

She is currently assisting police with their enquiries.

Police would appeal to anyone who witnessed the incident or who may have dash-cam footage available from the scene, to contact them on 101 quoting reference number 1592 18/04/22.