Man barricades himself into GP surgery as armed police swoop 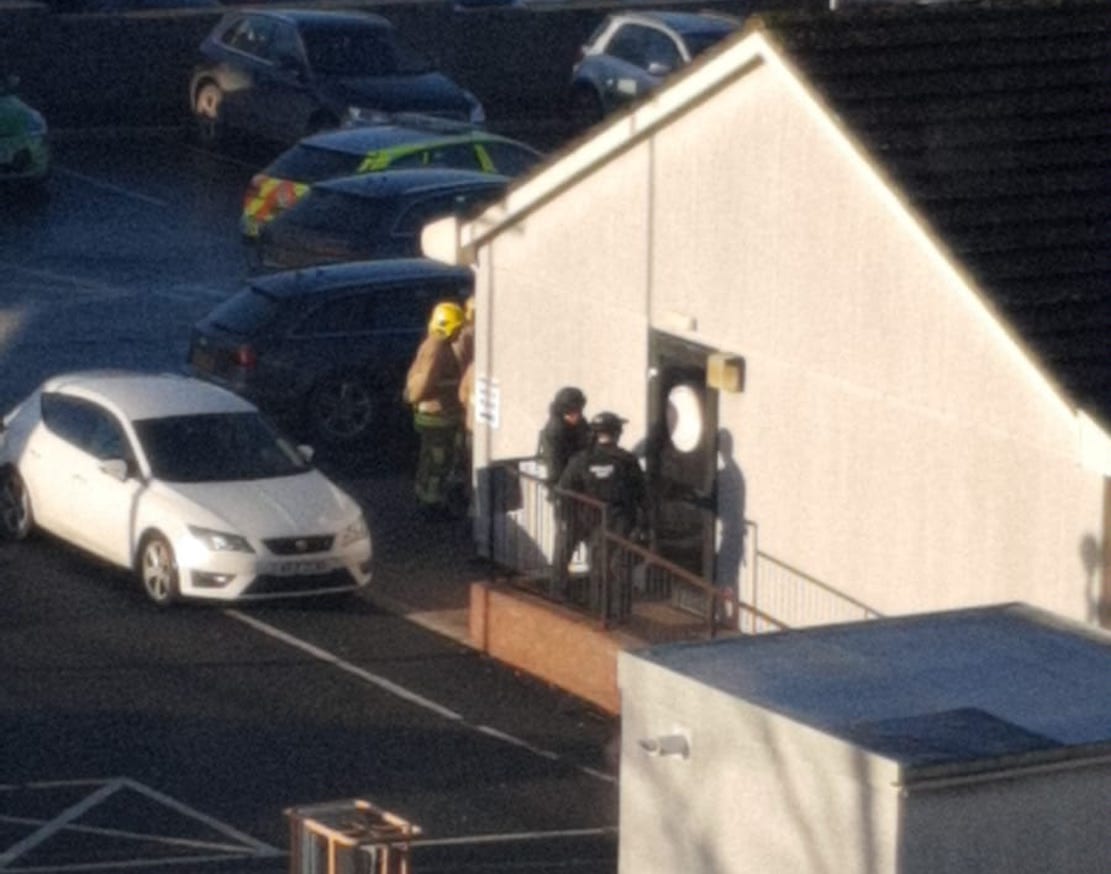 A man in his 40s sparked a full-scale emergency response at Craigavon Hospital this morning (Wednesday).

The individual had barricaded himself into the GP out of hours surgery on the Lurgan Road, next to the main hospital site.

Emergency services, including an Armed Response Unit, were tasked to the scene around 10am over concerns for staff, and the man’s, safety.

There were also unconfirmed reports that the assailant in question was carrying a weapon and had threatened staff inside the building.

However, the man was detained shortly before 11am.

Inspector Gary Moore said: “Police received a report of concern for safety of a man at Craigavon Area Hospital shortly after 8.35am this morning.

“Police attended, along with other emergency services, and located the man at the Out of Hours GP surgery. The man was subsequently taken to safety and there have been no reports of any injuries.”

Lord Mayor, councillor Julie Flaherty, who lives just yards from the hospital praised both the staff and co-ordinated emergency response.

“This incident just highlights the dangers our frontline staff face on a daily basis,” she told Armagh I.

“They are there day in, day out, to serve us, the community, and I must commend them for that but also on the way they dealt with the situation. Obviously these people have been left traumatised by this incident this morning but they will continue to go about their work and for that they must be praised.”

The Ulster Unionist councillor added: “The emergency services did a fantastic job this morning; the co-ordinated response was spot on and only for their actions we could have been potentially dealing with something much, much worse.”

Speaking having had a discussion with the local police, DUP MLA Carla Lockhart MLA said: “This was a very concerning incident for all involved.

“A male in his 40s did barricade himself in an area of the out of hours surgery in Craigavon Area Hospital.

“The police were concerned for the individuals safety and therefore police and health professionals were called to deal with the situation.

“I am thankful that the operation has been stood down and that no one was injured.  I would thank the PSNI and others involved for their swift and effective response.”

A spokeswoman for the fire service said: “Fire Crews were called to an incident at Craigavon Area Hospital. No action was required by firefighters. The incident was dealt with at 11am.”

Meanwhile, Alliance party representative Jackie Coade says incidents like this only highlight the urgent need for a mental health strategy to be implemented in NI.

“We desperately need the Assembly up and running to help sort issues like this out,” she said.

“We are failing all of those people who feel they have nothing to live for or carry out attacks like this because they may feel unheard or desperate.

“Thoughts are with those who were impacted one way or another by this man’s actions. Thoughts also with this man who felt this was his only option and who is being failed. I hope he is getting the help he needs.”

Sinn Féin MLA said he was thankful the incident has come to an end with no one being hurt.

“I am sure this was a shocking incident for health staff and members of the public who were caught up in it.

“I must praise the professionalism of the PSNI officers involved and the health staff who helped bring the incident to a peaceful ending.”