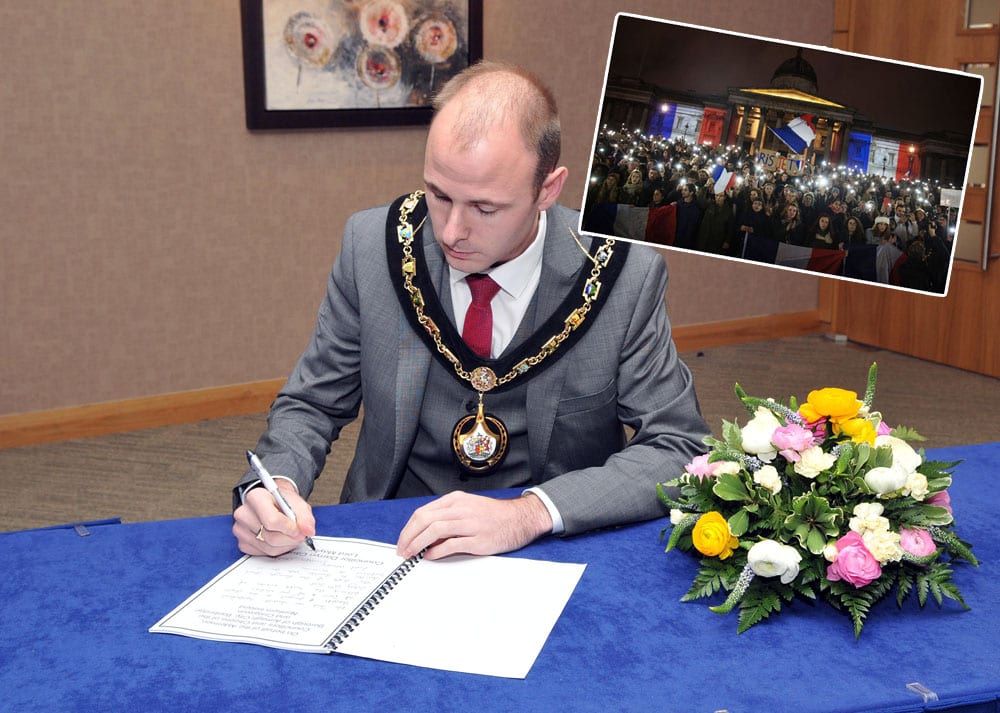 The Lord Mayor of ABC Councillor Darryn Causby is opening books of condolence so that residents of ABC can send messages of support to the people of France.

“I know that our residents will want to send their support to the people of France at this tragic time in their history so we’re opening books of condolence in Craigavon, Armagh and Banbridge,” said the Lord Mayor.

“It’s impossible to put into words the tragic events of Friday night in Paris. No right minded person or people will be able to understand why they have imposed this on the people of France.

“But that doesn’t mean to say that we cannot condemn it or send messages of support to all of those who have suffered as a result of this mindless action. I hope that as many of our residents will sign these books and I take great delight in providing these and being the first to sign on behalf of ABC.” Condolence books will also be open from tomorrow (Tuesday 17th November) at the following locations:

Over the weekend, in line with other important buildings over the world, Craigavon Civic Centre and Armagh Gaol reflected the French colours of the tricolour – again another sign of support for the French nation.