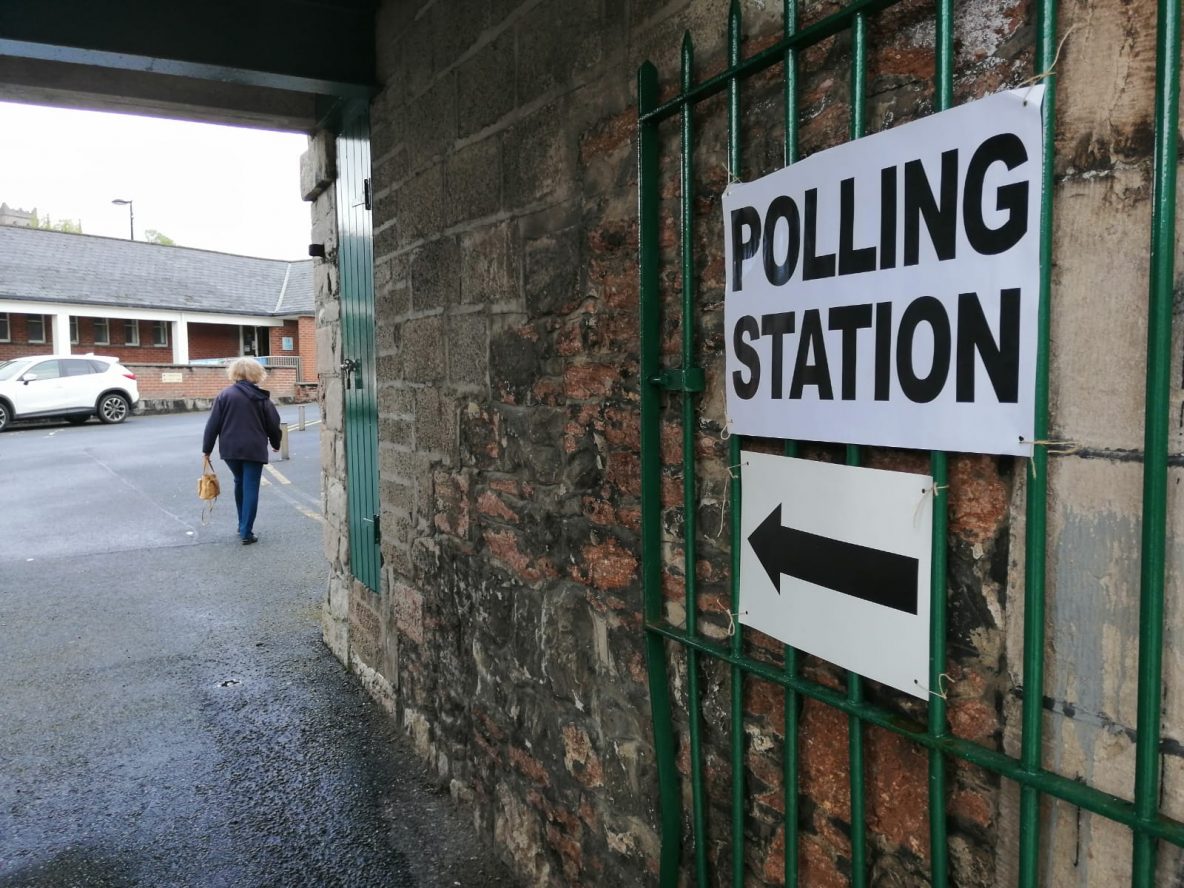 On the eve of another local election polling day, we take a look at the make-up of our two local councils and what we might expect to see come results day on Friday and Saturday.

A total of 41 seats are up for grabs in this Unionist-dominated ABC council, as there is in the NMD Council.

And what we know for certain is that not all 41 of those who occupied the chamber in Craigavon and Newry since 2015 will be returning.

Several have chosen not to run for re-election; others may not be re-elected.

In the Armagh DEA, all six sitting councillors have opted to run once more. Sinn Fein’s Garath Keating and SDLP’s Thomas O’Hanlon were both elected after the first count back in 2015 and will be hoping for another strong performance.

Councillor Keating, who topped the poll, gaining just over 20% of the first preference votes, is running in the Tullysaran and Blackwatertown area this time around however, with party colleague Jackie Donnelly hoping to pick up the vote in Armagh City. Sinn Fein will be hoping to gain three seats this time around.

That move looks to be a direct challenge on the SDLP’s Mealla Campbell, who pipped Sinn Fein’s Gerard White last time out, in what was a straight shootout after six counts. Councillor Campbell did have 3% more first preference votes but transferred votes were key to such a tight contest.

Alliance candidate Jackie Coade will be looking to cause an upset and is expected to mount a much more serious challenge than party colleague Mohammad Zahid did in 2015, who collected just 140 first preference votes.

The Armagh teacher has been much more of a presence this time and has campaigned relentlessly for change on the ABC Council, but whether or not she will pick up enough votes to pull off a shock, remains to be seen.

Martin Kelly is one of two Aontú candidates running for election to the ABC Council, while Pol Oh-Again is running as an Independent candidate.

There’s an interesting battle afoot in the Cusher DEA where political stalwart Sharon Haughey-Grimley announced she was taking time away from front-line politics.

The SDLP councillor has been replaced by Seamus Livingstone but it’s the outgoing councillor’s namesake, Brona Haughey, who will be fighting hard to claim the first ever Sinn Fein victory in the Cusher ward.

In 2015, there were just 252 votes separating the SDLP and Sinn Fein’s Mary Doyle – the race could be much closer this time around.

There is an outside chance that neither could be elected but that is only a remote possibility as it would require a huge unionist turnout in the area.

UUP’s Jim Speers and Gordon Kennedy both cantered over the line last time out and there is little reason to expect any change this time.

Paul Berry, an Independent, should be another safe seat. The DUP’s Gareth Wilson needed a fourth count last time out but the former Lord Mayor should build on that performance this time around.

Paul Bowbanks (Independent), Quincey Dougan (DUP) and Alliance’s Gareth Hay will be hoping to throw a spanner in the works and with the single transferrable vote in operation, a shock could be on the cards.

In the Portadown DEA, David Jones was elected last time on a UKIP ticket, but is this time standing as an Independent. Transferred votes were key here.

Sitting Lord Mayor and UUP councillor Julie Flaherty is actually undertaking her first election in her home patch of Portadown having missed out in Craigavon in 2014. She was co-opted onto Council in the Portadown DEA following Doug Beattie’s election to the Assembly.

Mr Beattie, despite taking the second highest of first preference votes, crossed the line as the fourth elected representative after eight counts. Councillor Flaherty will be hoping to do it a little sooner this time around.

Her running mate Arnold Hatch also picked up a decent percentage of first preference votes last time around but was elected at the ninth count. He was however, comfortable seeing off SDLP’s Eamon McNeill, while bettering David Jones’ haul.

Mr McNeill is running again, and with a strong transferred vote, could well be looking at a much different result. It was only 12 first preference votes less than Sinn Fein’s Gemma McKenna.

Former DUP MLA Sydney Anderson and party colleague Lavelle McIlwrath will be looking to fill a DUP seat left behind by Louise Templeton, who in turn was co-opted in following the Assembly election of Jonathan Buckley. Ms Templeton is not running this time around.

Sinn Fein’s Paul Duffy will be looking to match Gemma McKenna’s return from 2015 – he too was co-opted after her resignation for personal reasons.

And the youngest candidate Callum Ó’Dufaigh of Sinn Fein will be looking to get a second nationalist seat in Portadown but the winds would need to be blowing firmly in their favour for two Sinn Fein seats here.

Darrin Foster (TUV), Emma Hutchinson (Alliance) and David Jameson of UKIP are all new candidates this time around.

The Craigavon DEA is where it could get really interesting – the small matter of the lakes being a major issue with residents in this area.

The Save Craigavon Lakes Group have been vocal and demanded change. Whether they will be heard and people vote with their feet – or pencils – remains to be seen.

There are five seats up for grabs here, with ten possible candidates.

Former Sinn Fein councillor Fergal Lennon now represents Aontú, and will most likely be in direct competition with Sinn Fein’s Catherine Nelson. Sinn Fein ran three candidates last time out – Michael Tallon is the only other running for the party. Councillor Lennon’s vote share could be critical here.

UUP’s Kenneth Twyble looks nailed on to retain his seat with Robert Smith a strong favourite to do likewise for the DUP. Their respective transfers should help Margaret Tinsley again.

Kate Evans of the UUP should run strong in Craigavon as too should SDLP’s Thomas Larkham, who will be hoping for a much stronger first vote preference share than the 5% he managed in 2014.

His party colleague Declan McAlinden is also strong favourite to retain his seat, however, Craigavon DEA as a whole is where there could be some surprises, moreso than other areas.

The Alliance’s Sean Hagan is the other candidate running here.

In the Lurgan DEA, there are seven seats up for grabs. In 2014 there were 17 candidates, whereas this time around it’s just the 10.

While Carla Lockhart topped the polls for the DUP last time out, Sinn Fein hold three seats here to the DUP’s two. Stephen Moutray should get one of those seats having replaced his son, who resigned from politics last year.

Terry McWilliams, who lost out in Portadown in 2014, replaced Carla Lockhart but should keep that seat.

Sinn Fein’s Noel McGeown narrowly missed out last time but he lost out to three other party colleagues, so a fourth Sinn Fein seat looks extremely unlikely here, but transfers will be crucial as to who represents the party over the next five years.

With five of the seven elected five years ago not running this time around for various reasons, the results will look much different.

UUP’s Louise McKinstry will be keen to make an impact, with her party colleague, Aaron Carson, missing out after 11 counts last time out.

Ciaran Toman of the SDLP may be hoping to snatch one of those three seats from Sinn Fein but it is a tall order.

Meanwhile, Alliance’s Peter Lavery will be hoping to build on a decent result in 2014, having missed out at count eight, with a better first preference than that of Aaron Carson, as mentioned above.

There are another seven seats available in the Banbridge DEA.

It could well be an Ulster Unionist 1-2-3 once again with Glenn Barr topping the polls last time out. He was followed by Ian Burns and Elizabeth Ingram, the latter of whom is not running this time around. This is where Jill Macauley will be looking to swoop in.

The DUP’s Paul Greenfield and Junior McCrum will be looking for a similar result again, claiming for the next two available seats.

Kevin Savage, who missed out for Sinn Fein last time out, was co-opted following the resignation of Brendan Curran – he’ll be hoping to replicate his predecessor’s result in 2019.

Seamus Doyle is the sole SDLP candidate having pipped Marie Hamilton to the post previously. His first preference vote should increase on that logic but this is politics. Sinn Fein’s Vincent McAleenan might be targeting this seat as an opportunity.

TUV’s William Martin is a new candidate, as is Brian Pope who will be representing Alliance.

Until 2014 Alliance had traditionally held a seat in the Banbridge ward. Frank McQuaid served several terms previously and was then succeeded by his late wife Sheila when he stood down due to ill health.

This time Mr Pope, a civil engineer with 30 years of experience in roads, transportation and planning, and a fierce advocate of reviving town centres, believes he can regain the seat for Alliance, possibly at the expense of Sinn Féin.

In Lagan River DEA, the DUP ruled the roost in 2014, winning three of the five available seats. The Ulster Unionists picked up the remaining two.

The two sitting UUP councillors are outgoing, with Kyle Savage and Olive Mercer hoping to slot in seamlessly.

Mark Baxter and Paul Rankin are unlikely to break sweat in being re-elected, whereas Hazel Gamble’s replacement, Tim McClelland could be in for a long wait to see if he’s elected to the ABC Council at the second ask, having narrowly missed out in Cusher.

Eóin Tennyson will run for Alliance, and will be hopeful he can match, or better, Harry Hamilton’s effort in 2014. Mr Hamilton took Ms Gamble to the wire, missing out by less than 200 votes.

Samuel Morrison will run once again for the TUV, with Jordan Stewart and Sammy Ogle representing UKIP and Independent respectively. Tony Gorrell will run for Sinn Féin, whose candidate, Keara Downey, picked up just a single transferred vote in 2014, having gained 272 first preferences.