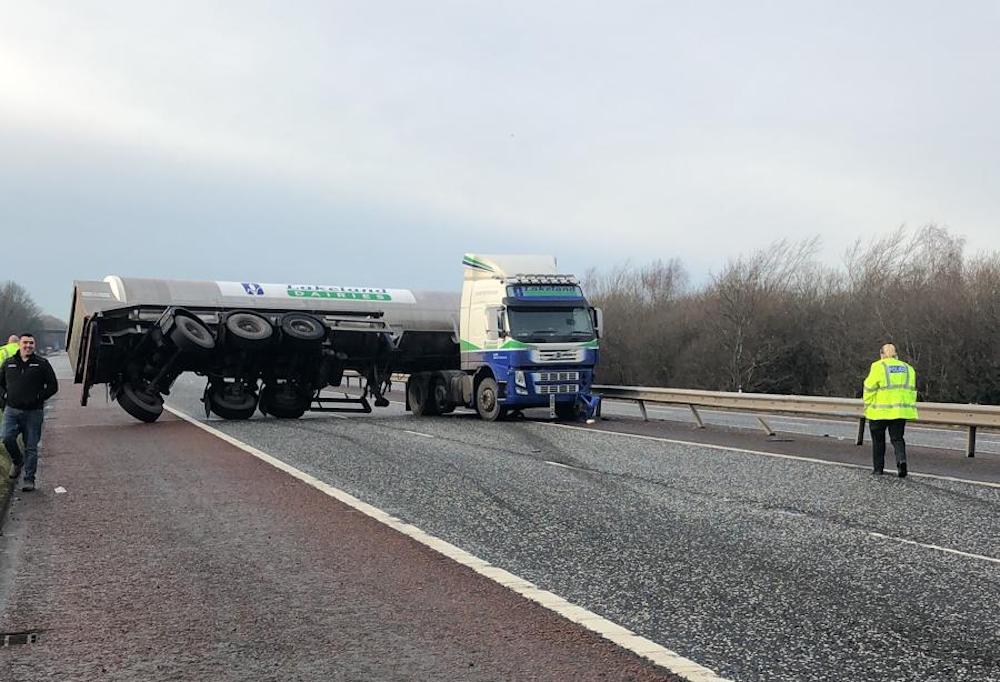 A jack-knifed lorry has blocked one carriageway of the M1 near Portadown this afternoon (Tuesday).

It happened shortly before 1pm on the westbound carriageway around Junction 11 – the M12 exit at Portadown.

The motorway remains open city-bound, however traffic is being turned around as they approach the M1 westbound at Junction 10.

While traffic is being diverted, delays are to be expected until this incident is cleared later this afternoon.

There have been no reports of any other vehicles involved, or any serious injuries.

More details as they become available.