Huge £27m Co Armagh development gets thumbs up from planners 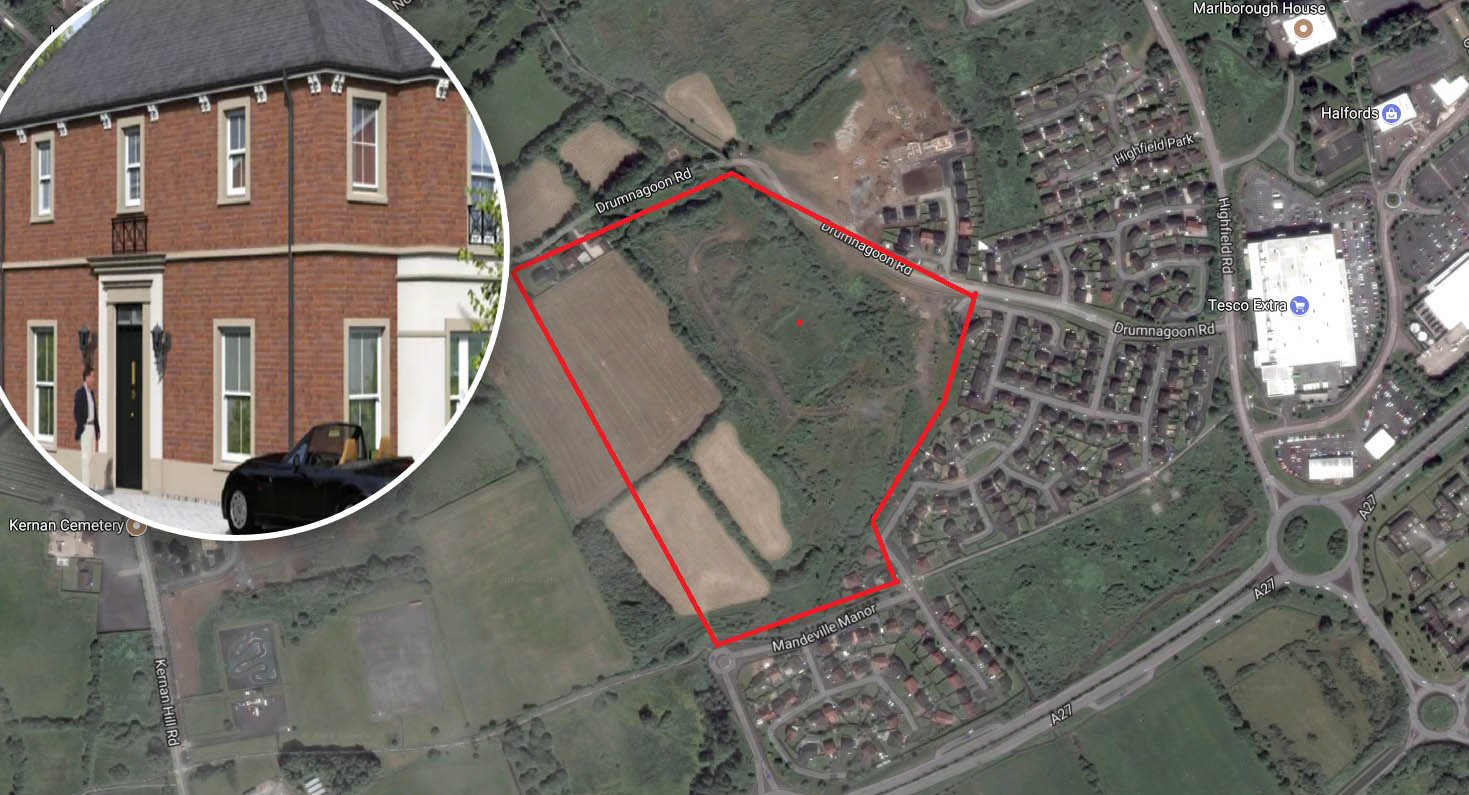 Plans for a huge £27 million county Armagh housing development have been given the go-ahead.

Planners issued the thumbs up to Windsor Developments for the 355-house development in the middle of Craigavon.

The development will consist of 105 detached and 250 semi-detached houses in what will be known as the Carnreagh Village.

The company is currently getting services in place before starting construction at the site – which will include landscaping and car parking provision – in the coming weeks.

The new village is to be created on land close to Lidl on vacant ground near Carnreagh and Mandeville Manor, which also includes land at Drumnagoon Road.

A ‘linear park’ interweaving the road network will provide a pedestrian pathway for residents and runners.

Roads are designed to reduce speed and allow people to walk, relax and play in the streets.

The project has been more than two years in the pipeline with the application submitted in April 2015.

Earlier this year, Windsor Developments also began work on a £4.7million, 52-house development on the Armagh Road in Portadown.

That estate will consist of 44 semi-detached homes, with eight townhouses and is estimated to be completed in June  2019.