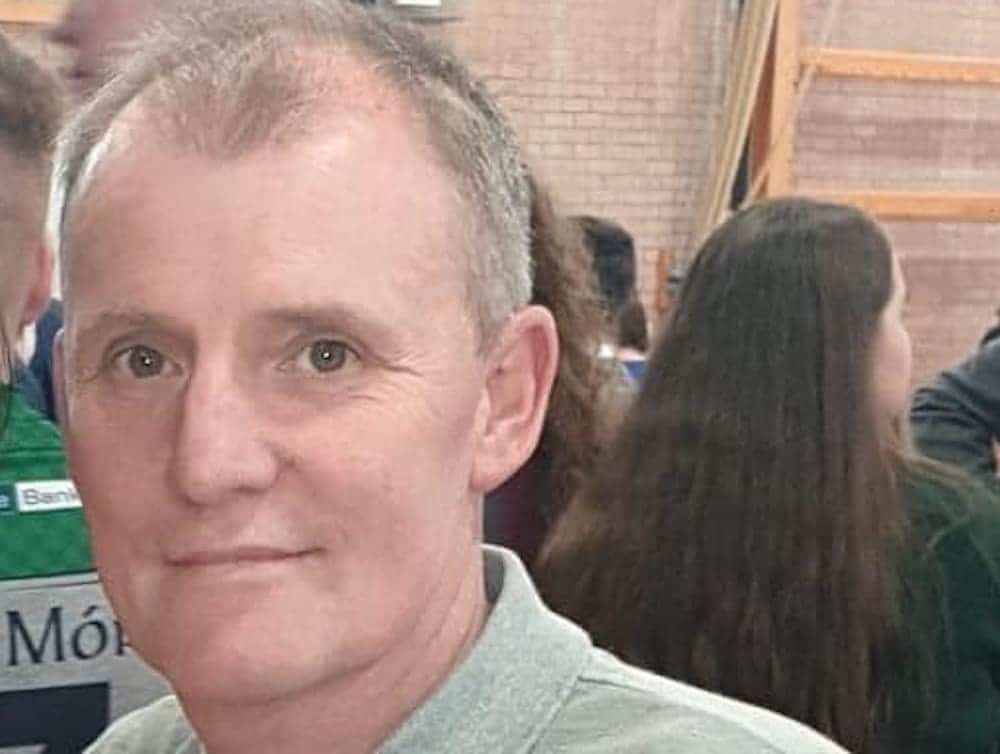 Tributes have been to John Cochrane – a man described as the “driving force” behind Craigavon City FC – following his sad passing on Sunday night.

A Junior Championship winner with Eire Og in 1985, John, was synonymous with the Craigavon City and youth football in the area.

His passing will be felt by an entire community, but mostly by his beloved wife Michelle and children John, Chelsea and Catherine, as well as his father John and brothers and sisters.

Craigavon City FC led the tributes, and as a mark of respect to, have ceased all club activities over the next few days.

“It’s with a very very heavy heart we write this post. Last night John Cochrane passed away. We as a club are completely heart broken,” the Club wrote.

“John just wasn’t a club man, he was the club and to not have him around is completely heartbreaking.

“There are soo many kids, ladies and men John has helped over the years, too many to name.

“These days the word legend is thrown around way too often. I really think we can all agree John Cochrane was the definition of a legend.

“Our thoughts and prayers are with his family at this moment in time. Especially his wife Michelle, son and club captain Jonny, his daughters Chelsea and Catherine, his Father John and all his brothers, sisters, Nieces and Nephews.

“The club will be shut over the next few days. No training and no matches as we mourn the loss of Our Legend. R.I.P John, you’ll never be forgotten.”

Éire Óg GAC added: “[We are] saddened to hear of the passing of John Cochrane, clubman and father of senior player John.

“John was the driving force behind Craigavon city football club and was a true Ógs man. John played underage and senior football for Éire Óg and was a member of the 1985 Junior Championship winning team.

“John has been a regular figure at senior football matches and helped to bring many children to play underage football at the club, for which we are very grateful.

“We send our sympathy to John’s wife Michele, his children John, Chelsea and Catherine and to the greater Cochrane family circle. We extend our condolences to all Craigavon City Football Club

“A popular figure, who will be a great loss to the whole Craigavon community.”

Other local clubs paid their own tributes to a man held in such high regard both locally in County Armagh and much further afield.

Lurgan Town Football Club added: “This morning we wake to the very sad news on the passing of our friend John Cochrane. We send our deepest sympathies to all the Cochrane family and those connected with Craigavon City FC.”

Lurgan Celtic FC said: “All at Lurgan Celtic extend sincerest condolences to the family of John Cochrane. A mainstay of football in Mid Ulster and Craigavon City, he will be sorely missed by all. Our prayers and deepest sympathies go to all the Cochrane family and Craigavon City FC at this testing time. May he rest in peace.”

Derryhirk United FC said many of their own players and members had the pleasure of working with John and that his passion for Craigavon City and local football was second to none.

“John was a mainstay in Mid-Ulster Football and will be sorely missed by all,” the Club wrote.

Funeral details have yet to be released.