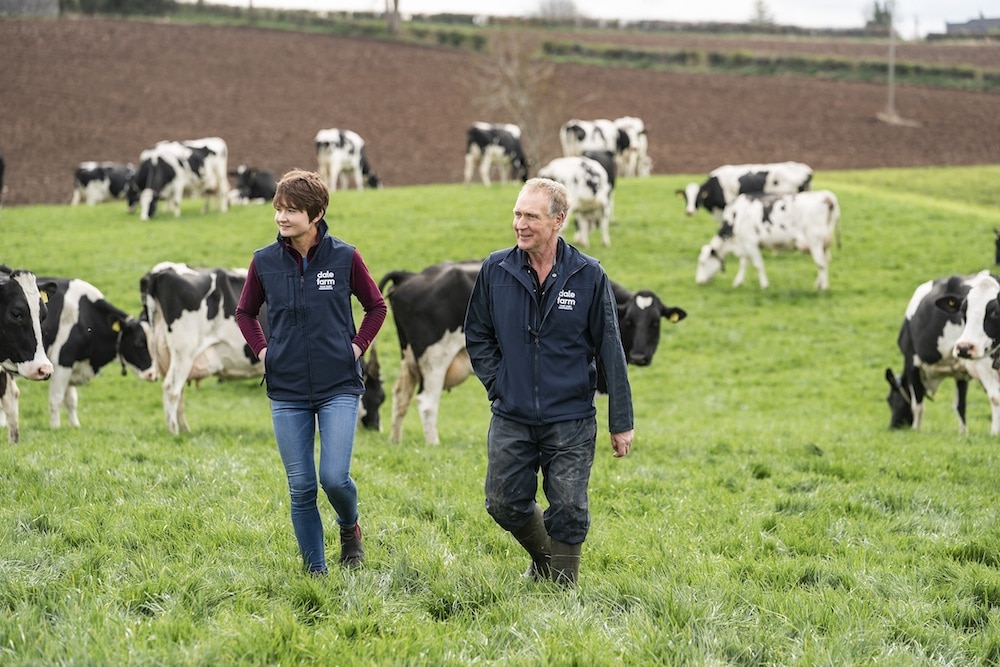 Claire was one of three Dale Farm members to scoop a top award.

Banbridge farmer Gordon Mitchell was named runner up, while Jonny Hutchinson of Tobermore was presented a special commendation. All three were recognised by the judges for their excellence in dairy farming.

Excellent sward management plays an important role in the success of this farm business, with grass being regularly tested. Recording and using farm data is also key for Claire and in recent years, the improved recording and measurement of diets has added 1,500 – 2,000 litres to animal productivity. Fertility has also been a key focus for the farm, with recent improvements in diet helping in this area. Grass silage is grown specifically for dry cows with those fields receiving no slurry until the end of the year.

Speaking about the winner, Dale Farm Chair Fred Allen said: “We would like to congratulate Claire Beckett for securing the top prize of overall Grassland Farmer of the Year. We are delighted that three Dale Farm dairy farmers have recently been recognised for their excellence in grassland farming and these awards are a testament to the sheer expertise and innovation on our members’ farms. Judges highlighted the attention to detail paid by Claire, Gordon and Jonny, and that commitment to quality is crucial to maximising farm performance.” The Ulster Grassland Society brings together farmers, advisers, lecturers, researchers and technical members of the agricultural industry and is the biggest grassland society within the UK with around 500 members.