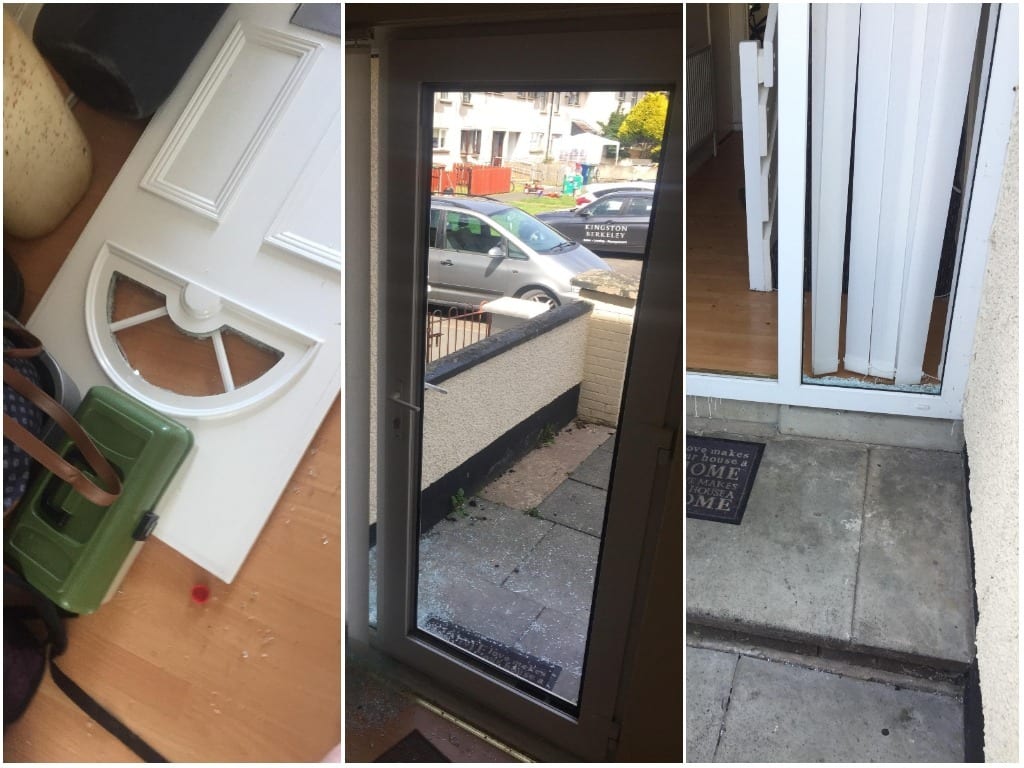 Two families have been forced to flee their Co Armagh homes fearing for their lives in suspected racially-motivated attacks.

The homes of a Romanian and Latvian nationals were smashed and ransacked as thugs demanded the tenants leave the Moyraverty area of Craigavon.

According to one resident – who did not want to be named – three separate incidents took place in the area throughout yesterday (Saturday).

The first of these happened at 2am, then 9am, before the third allegedly took place around 11am.

The local resident told Armagh I that the Latvian family, who were systematically targeted three times, have been forced to flee, having only been in the house two months.

He also added that a Romanian family, just around the corner in the same estate, had their windows put through and told to leave in recent times.

According to the local resident, three men entered the home around 2am on Saturday morning and started attacking a male inside the house.

They returned again at 9am, apparently looking the same man, this time brandished iron bars and knives.

And again at 11am, they are understood to have returned and took cash from the tenant’s wallet, as well as personal belongings from inside the property.

Police were investigating the incident yesterday afternoon, however, the resident told Armagh I that many people refuse to co-operate with any investigation for fear of reprisal.

A PSNI spokesperson said: “At approximately 2.15am yesterday, Saturday, 23 June police received a report of a number of males breaking into a house in the Moyraverty area of Craigavon and assaulting one of the occupants (a male).

“At 9.30am police received a report that two men had damaged the front door of the same property.”

Inspector Brian Mills would ask anyone who witnessed any of these incidents, or anyone who has information that could assist police with their enquiries to contact Police at Lurgan on the non-emergency number 101, quoting reference numbers 166 and 522 of 23/06/18. Alternatively, information can also be provided to the independent charity Crimestoppers on 0800 555 111, which is 100% anonymous and gives people the power to speak up and stop crime.