‘Emotional and inspiring’: New Craigavon Children’s Centre something to be proud of

"I honestly couldn't believe my eyes on Tuesday morning" 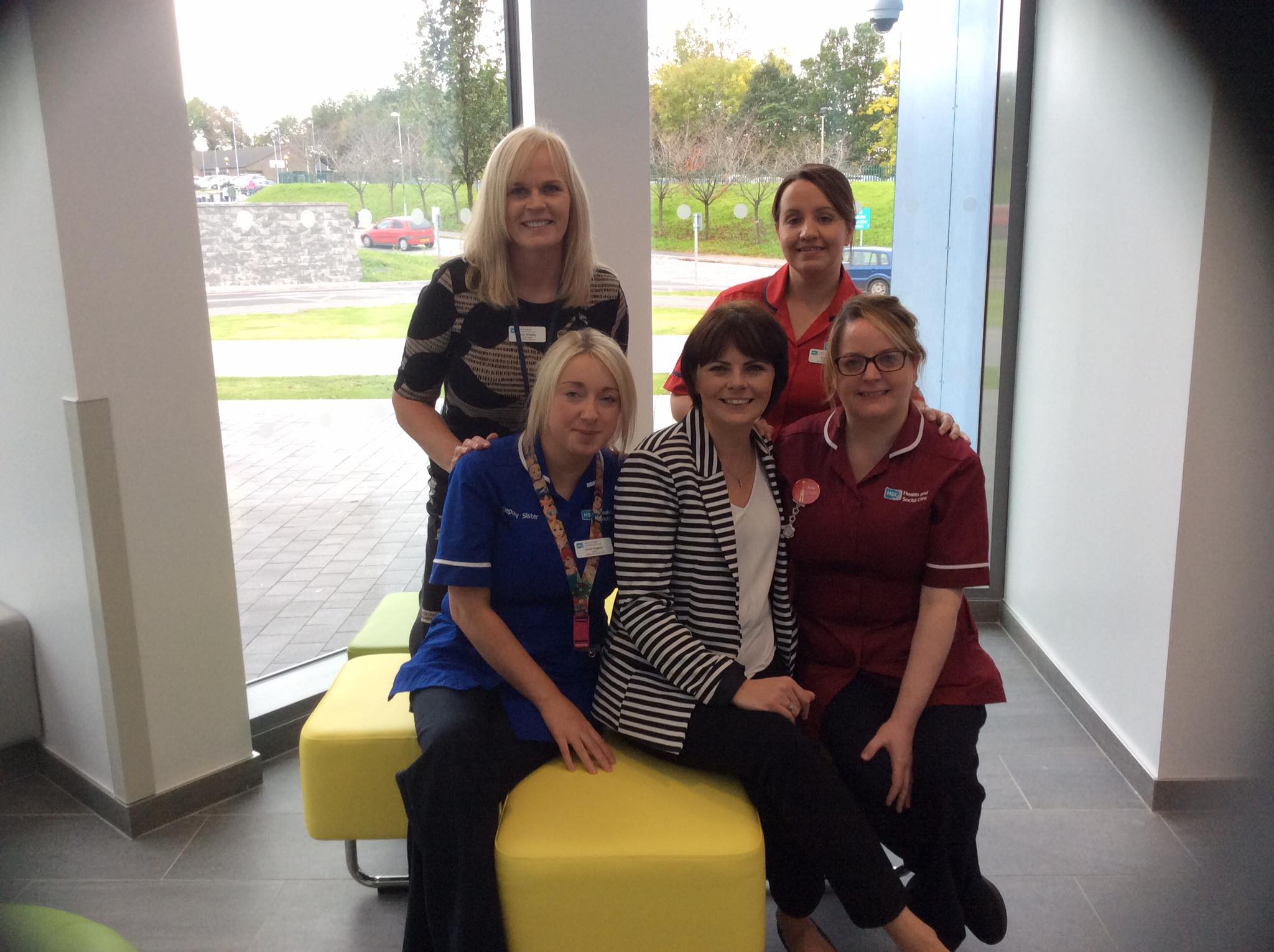 The doors of the new Blossom Young People and Children’s Centre at Craigavon Area Hospital were flung open on Tuesday morning to give some the chance to have a look around before Outpatients services begin next week.

The new centre is part of an overall £14.5m plan to modernise hospital services for children and young people across the Southern Trust.

One of those was Portadown councillor Julie Flaherty, who has a particularly close bond with the children’s staff at Craigavon.

“I probably felt a little bit different to all the elected representatives attending on the morning,” she said.

“I’m probably one of very few who received two invitations-one as a local councillor for the morning, and one for the parents in the afternoon.

“It was both emotional and inspiring.

“I have watched this project from its embryonic stage-since it was a concept drawing on the wall in 3-North back in 2012.

“I have watched from my home as the building has progressed, higher and higher. Every time I’ve been up at Craigavon I have looked around, photographed and watched the birth of this project.

“I have been that parent who has lay on the floor, or across two chairs, or fought for a much sought after recliner.

“I have been that parent sitting in a dull, grey room with ripped chairs waiting on dreaded news.

“I have been that parent who couldn’t get a shower or clean underwear because I didn’t want to go home.

“I have been that parent looking out from the third floor…just wanted to get out and run away into the fresh air.

“I will not be that parent who needs this now, but I can understand the feelings of those parents that do, either for a short stay or longer stay.

“I honestly couldn’t believe my eyes on Tuesday morning. This is a centre to be proud of, but of course it’s a place that no one really wants to be in.

“If you are in the unfortunate position of caring for a sick child in hospital – this is the type of facility you need.”

She continued: “Every single detail has been thought through perfectly. Full credit must go to the staff and parent groups involved in the design.

“The colours, the light, the play areas and the open spaces make it a welcoming place and less intimidating for children and parents.

“I wish the staff well in their new surroundings – it’s a huge upgrade. I trust that they will be well supported, well resourced and well staffed.

“Four lovely ladies who cared for and loved our son were there this morning, it was so special to see things moving on in such a positive way.

“Please be assured that you have my full support, even if it just is for gardening duties.