Department of Health ‘owes patients and their families an apology’

“This isn't a game; the whole process has been a rushed cack-handed exercise" 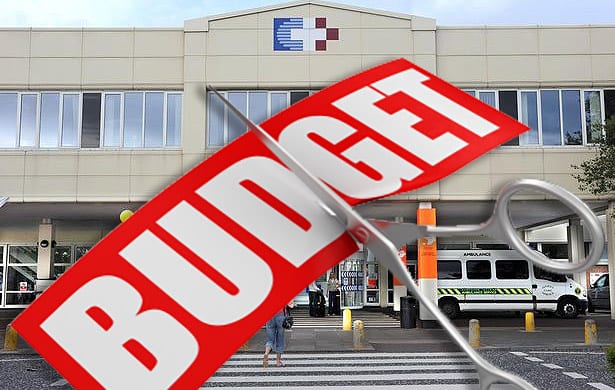 Patients and their families are owed an apology, according to one county Armagh councillor following last week’s extraordinary Southern Trust Board meeting.

Councillor Julie Flaherty says families have been put “through the ringer” with proposed savings plans which were put forward in previous meetings.

“Some people were living in fear at the thought of not having access to IVF treatment,” she said.

“Others had the prospect of seeing even more long awaited operations cancelled and seeing their welfare shoved down the list.

“The Trusts have been relying on guidance from the Department of Health under the leadership of Mr Pengelly and, to be honest, it hasn’t been very good.

“This isn’t a game. The whole process has been a rushed cack-handed exercise – and since the initial announcements of the proposed cuts, and subsequent consultation exercise, it understandably raised serious concerns for myself, patients and staff.

“Along with my colleague, Doug Beattie MC MLA we have met with the Trust, with interested partners, and business people and of course patients – numerous meetings, phone calls and correspondence.

“Now the Department of Health seems to have found £40million down the back of the Stormont sofa. It seems to indicate a lack of forward planning.

“I am glad that the extra monies have been found which will mean that the many of the worst proposals will no longer proceed, but it raises the question why were people put through this trauma in the first place by the Department of Health.”

MLA Justin McNulty said he was shocked the Board approved the cuts despite concerns being raised at the fact this area has received no additional allocation of funds.

“The Southern Trust area has the fastest growing population; we also have the oldest population,” said Mr McNulty. “The rationale behind such a decision just doesn’t make sense.

“I also sought answers as to why there were 60 operations cancelled in Daisy hill Hospital and in Craigavon Hospital [last]week because of a bed shortage.

“I appreciate that the item wasn’t on the Agenda but the Chairman of the Trust point blank refused to allow an explanation, despite all the appropriate Directors sitting around the table.  This is not acceptable.”

Councillor Thomas O’Hanlon added: “Care in the community is in crisis.  We are constantly dealing with complaints about the lack of home help packages and yet the Trust can sacrifice £2.6million from that budget area along.

“This is deeply worrying and frustrating.  Ironically other Trusts have shelved plans to cut care for the elderly, but not the Southern Trust.  Apparently our cuts are ‘Low Impact,’ – tell that to those waiting on a care package.”

He added: “The Southern Trust covers 20 per cent of Northern Ireland and yet get nothing from this recent funding allocation.

“Using normal funding formulas applied for the distribution of funds within the Department of Health this area should have been allocated in the region of £8million this week in additional resources.

“This could have been invested in a wide range of services locally in real need of finance.

What looked like positive news for the Trust on Wednesday has proven to be nothing only smoke and mirrors.

“I am appalled for those who need health care and for those staff who are working under such pressure. This money could have made a real difference.”

Councillor Sam Nicholson added: “In a time where we are fighting for additional and much needed respite care, domiciliary care packages and the differing needs between town and rural populations, it could be argued that the way these cuts have been “weighted” as low to minor impact here in the Southern Trust is debatable.

“Health is too important to be caught up in his. It needs stability and longer-term planning to enable it to make best use of the funds that are available.

“Our Health Trusts urgently need certainty for next year’s budget and therefore there is an onus on the DUP and Sinn Fein to recognise that unless the current impasse is resolved, patients and staff can expect to go through this process all over again next year.”