John O'Dowd said afterwards: 'We called on the Executive to carry out an equality impact assessment and rural needs assessment before any final decisions' 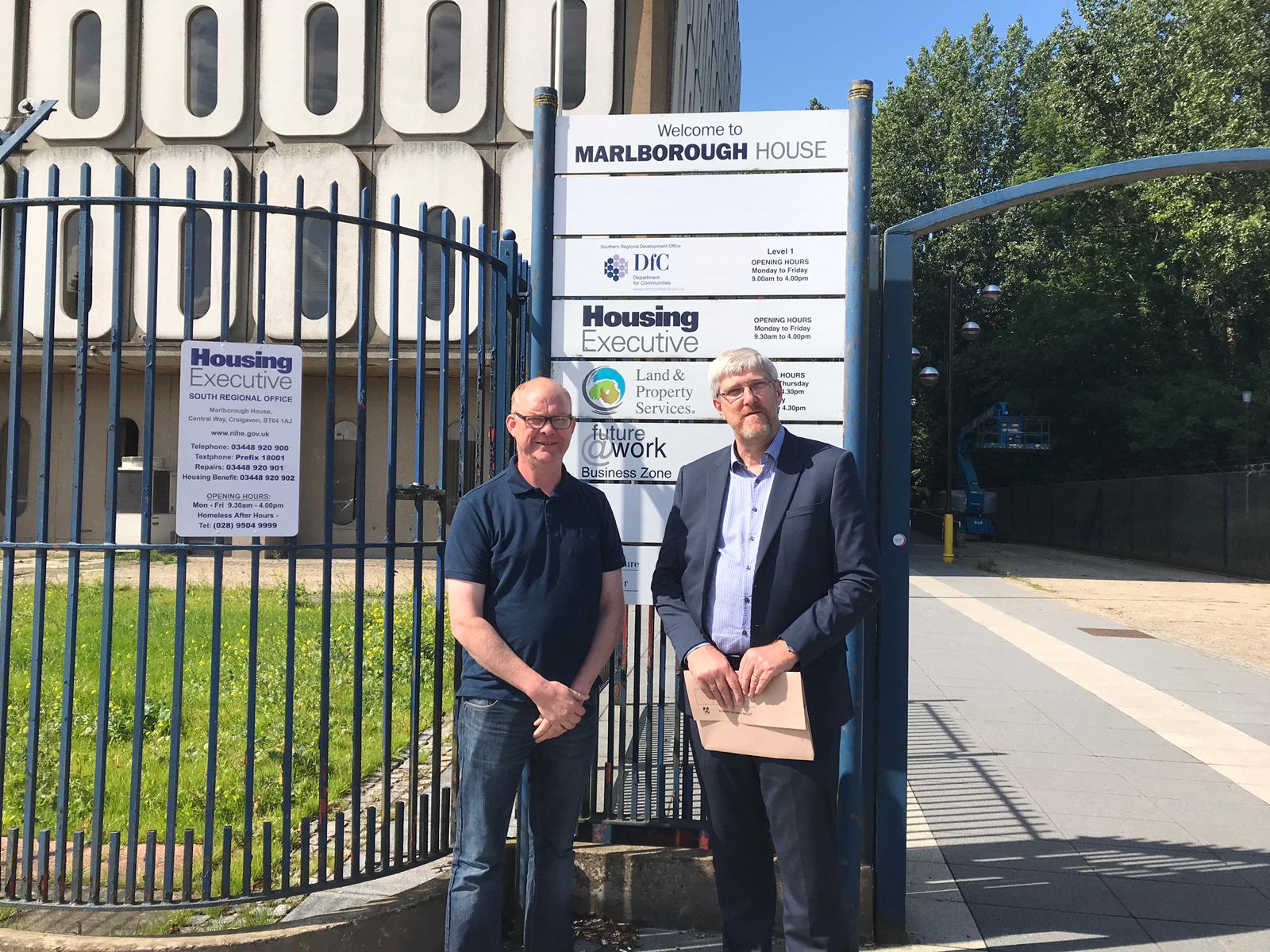 Housing Executive management have been told to carry out an impact assessment into their proposals which could see the closure of four local offices.

Lurgan, Portadown, Banbridge and Armagh could all be axed and services transferred to a central hub at Marlborough House in Craigavon.

Armagh I revealed the controversial move on Monday night and it has led to a raft of criticism from local political representatives.

Among those was Upper Bann MLA John O’Dowd and local Cllr Paul Duffy.

They led a delegation to meet senior management in the aftermath of our story.

Speaking afterwards, Mr O’Dowd said: “We told the Housing Executive that we are very concerned about the implications of the proposed offices closure for Executive tenants and staff.

“There needs to a genuine consultation with tenants, staff and elected representatives before any final decision is made. All alternatives must be explored with the objective of improving services for tenants.

“We called on the Executive to carry out an equality impact assessment and rural needs assessment before any final decisions is made about the future of the local offices.

“Equality proofing and rural needs need to be part of the decision making process and not an add on to the end of the process.

“The Housing Executive is a vital public service and cannot lose its personal interface with its tenants whether they be urban or rural.”