These diversions will be in place for £105,000 Craigavon roadworks 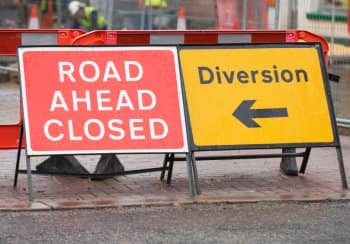 Motorists in Craigavon are being advised of a two-week road improvement scheme beginning later this month.

Department for Infrastructure has announced that a £105,000 resurfacing scheme for Monbrief East Road, Craigavon will start on 17 February 2017.

Local access will be maintained during the improvements. Traffic will be diverted via Tandragee Road, Brownlow Road, Moyraverty Road and Monbrief East Road.

The Department has programmed the works operations and traffic management arrangements to minimise any inconvenience, however, drivers should expect some delays and are advised to leave additional time when travelling in the area.

The above planned scheme is subject to favourable weather conditions.

For information about this and other improvement schemes across the North visit: http://www.trafficwatchni.com.