Created in 1965, the 'New City' was once viewed by many as the poor relation of its neighbouring towns 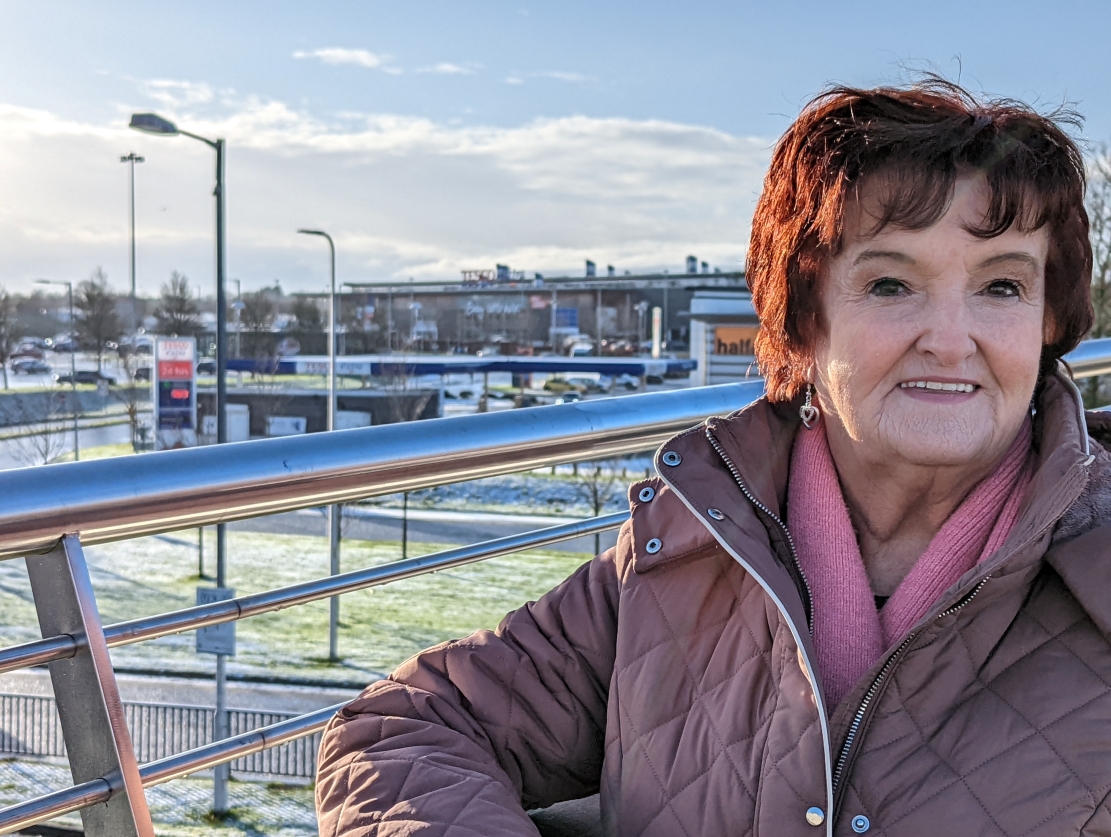 For well-known community worker Maureen Hilley, Craigavon has always been a great place to live.

She and her husband Eddie moved to the then ‘New City’ with their five children, the youngest aged just one, back in 1979.

The family, who had been living in Co Tyrone, were attracted by the offer of work for Eddie at the Goodyear tyre factory.

Good housing was another factor, with Maureen recalling how some of her former neighbours came to visit and were “amazed”.

“Four-bedroom houses were unheard of then,” she said. “There were first-class schools and plenty of them. Another good thing was the cycling and walking paths, where the children didn’t have to cross roads, so they were very safe.”

Fast forward to the present and Maureen is still living in Craigavon – having started off in Enniskeen, before moving to Parkmore and finally Clonmeen.

In the intervening years, she raised her own family and did short-term and respite fostering before fostering a family-of-four for 15 years, who are still very much part of the fabric of their lives.

She also ran a number of community groups, and became embedded in the local community and committed to providing a better future for all.

Maureen started off volunteering with Brownlow Festival, forming a group for the over 60s and then a local branch of Age Concern.

She set up the Moyraverty 50 Plus group, which also worked in intergenerational projects with Brownlow Youth Project, sourcing funding from the council and Awards for All, and only retiring from it at the start of lockdown.

It’s not the image that had always been held by those living outside the area.

And there was a time when even bidding – never mind being shortlisted for –  the City of Culture 2025, would have been laughable. Today it’s becoming increasingly clear that Craigavon has formulated its own unique cultural existence as a place that has a much wider appeal.

However, the vision was never truly fulfilled and it was seen by many as the ‘poor relation’ of its neighbouring towns of Lurgan and Portadown.

A lot of the houses were unoccupied and the series of roundabouts became the butt of many jokes.

But Craigavon, in what must seem like poetic justice, is having the last laugh.

In recent years, development and investment have breathed new life into it.

The site has also been earmarked for the new £45 million campus of Southern Regional College.

Add to that Rushmere Shopping Centre and Marlborough Retail Park, which attract shoppers from a wide area, including many from across the border.

For those who remember the original shopping centre, with its handful of shops and boxes piled ceiling-high in Crazy Prices, the contrast is immense.

Maureen agrees there have been big changes down the years, all of them “for the better”.

“It’s a very vibrant community, a good place to live, with great schools,  great youth facilities, facilities for every age group,” she said.

“There are second, third, even fourth generation families making their homes here, and there’s plenty of work too with Seagoe and Carn industrial estates on the doorstep.

“It’s probably more cross-community than when I moved in. There is little or no sectarianism in Craigavon now.

Owen Matchett, owner of The Agent, tells a similar story. He has been an estate agent in the area for 32 years and recalls very clearly the early days in Craigavon. “Sadly, some areas would have been referred to as ghettos but over the past 10 years there has been a massive U-turn in relation to people’s views,” he said.

“At one time, we would have had properties that were very difficult to sell, whereas today I would have people lifting the phone or sending emails and saying ‘what do you have in Craigavon?’ I thought I would never hear those words!”

He said there had been a huge number of land banks sitting dormant for a long time but those had since been developed to provide good-quality housing.

However, he said the main reason more houses had been built was because of the substantial commercial development in the area.

“Craigavon now has eateries and businesses which it never had years ago,” he said. People like Marks & Spencer would never have come to the area if the research didn’t tell them the market was there.

“There’s a massive family pull with the Omniplex cinema and the top-notch leisure and watersports centre. You have everything you could wish for as a family on your doorstep.

“Everything that has happened in Craigavon over the past 10 years has been nothing other than positivity. It is an area that has totally and utterly reinvented itself.”