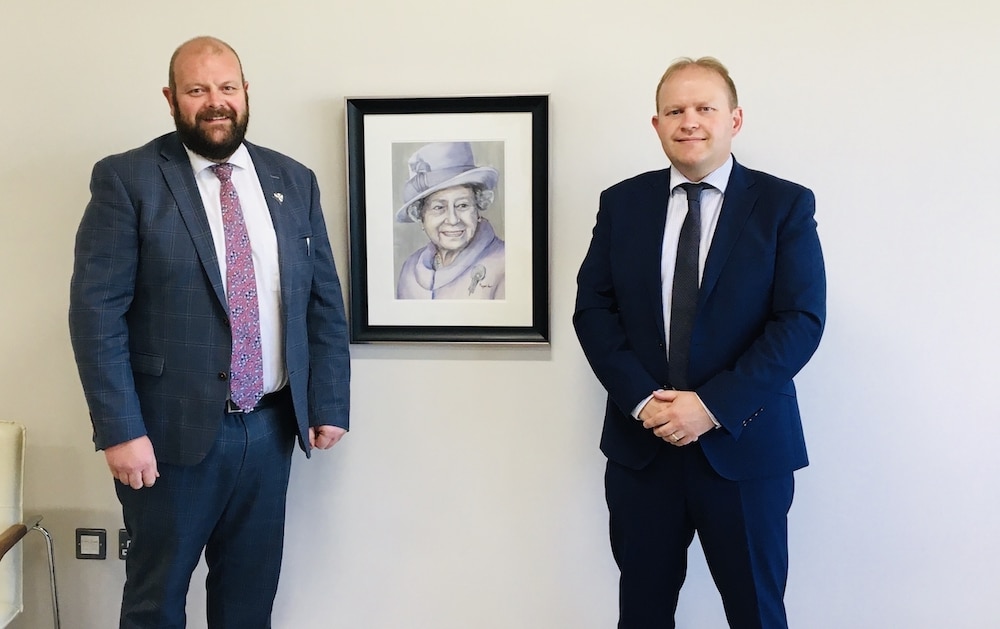 Armagh City, Banbridge and Craigavon Borough Council is to put in place plans and a budget to celebrate Her Majesty The Queen’s platinum jubilee next year.

A motion calling on Council to do so was brought forward by DUP Alderman Gareth Wilson and seconded by his party’s group leader, Councillor Mark Baxter.

Introducing the motion, Alderman Wilson said he recognised the differing levels of enthusiasm to celebrate the Queen’s 70 year reign but called on the chamber to unite in recognition of the “longevity of her selfless service”.

The motion read: “In 2022, Her Majesty, The Queen, will become the first British Monarch to celebrate a Platinum Jubilee, 70 years of service, having acceded to the throne on February 6, 1952 at 25 years old.

“This is a remarkable achievement and will provide a wonderful opportunity for all communities to come together to celebrate this historic milestone.

“We would ask that this Council, in preparation for Her Majesty, The Queen’s Platinum Jubilee, puts the appropriate plans and budget in place, with the input of a working group, to prepare to suitably mark and celebrate this very significant occasion.”

Seconding the motion, Cllr Baxter said it was important the motion was brought before Council at this time so that any budget for celebrations could be “factored into the estimates process” for next year.

“It will be a special moment in time and this is a fitting way to ensure everyone has the opportunity to celebrate this special year,” said Cllr Baxter.

“We are asking that the working group is set up as soon as possible so that members have as much time as possible to discuss how best to ensure everyone can feel part of this celebratory, special and inspiring moment.”

Alliance Party councillor, Brian Pope, confirmed his party would be supporting the motion.

However, Sinn Fein councillor Keith Haughian explained his party would be voting against the proposal.

“Sinn Fein will not be supporting this motion,” said Cllr Haughian.

“We believe that applications for large events should be assessed to ensure value for money and be equality screened.

Alderman Gareth Wilson said he was not surprised there was a “difference of opinion” across the chamber but noted the subject can be discussed in detail at the proposed working group.

“The working group that has been requested as part of this motion is the place to raise concerns and I am sure we will be able to sit down and organise a way forward that members can get behind,” he said.

Speaking after the motion was passed Alderman Wilson said: “The Queen preparing to enter her enter her 70th year of reign is something that I know people from all walks of life will find inspiring.

“There is no doubt that Her Majesty, The Queen, has shown herself to be, by her leadership and service, an incredible role model for everyone.

“That is why as a party group we feel this momentous milestone should be marked in a fitting way across the Borough.”