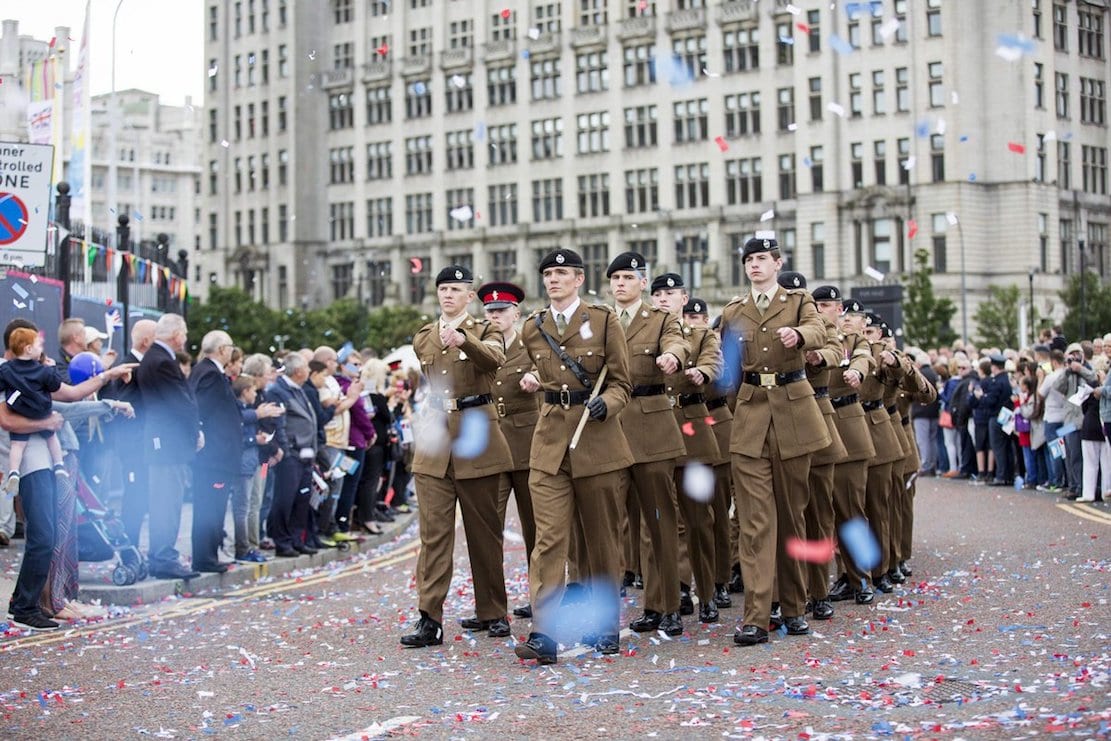 Council plans to spend £60,000 on hosting British armed forces day in the Borough have been branded unacceptable.

However, Sinn Féin councillor Catherine Nelson said the money would be much better spent uniting the people of our Borough than dividing them.

“The track record of the British armed forces in the North is steeped in collusion,” she said.

“Many of those we represent suffered at the hands of the British armed forces and would in no way welcome a celebration event of this sort to the tune of sixty thousand pounds.

“Whilst unsurprised that this enjoyed the support of both unionist parties we were disappointed by the Alliance party who spoke in favour of such an event.

“A sum of this sort would be much better spent uniting the people of our Borough than dividing them.”

Responding to councillor Nelson’s comments, DUP group leader on the Council, Mark Baxter said: “Catherine certainly has never hidden her dislike of the Armed Forces and continues to discredit the Armed Forces whenever she can.

“The fact remains our Armed Forces deserve great credit for protecting every single citizen in the UK.

“Of course here in Northern Ireland, it is undoubtedly the case that many many people are alive today because of the protection provided by the men and women who devote their lives to the nation’s safety and security.”

He added: “That is why we will be taking all reasonable steps to show our appreciation of the Armed Forces who served this province with distinction.

“Sinn Féin’s well-worn path of discrediting those without any basis in fact or any evidence is nothing new and it certainly serves as no deterrent.”

Said councillor Barr: “In May 2018 I brought forward a ‘Notice of Motion’ for Council to register its interest with RFCA NI to bring Armed Forces Day to the ABC Borough Council area.

“This motion was widely supported by Council. I stressed to Council at the time that this was being brought forward respectively and in recognition that some may not support Armed Forces.

“Now we have been informed by the Reserve Forces and Cadet Association for Northern Ireland (RFCA NI) that ABC Council will have the opportunity to host this prestigious event.

“Armed Forces Day is a national event held across the United Kingdom and it provides an opportunity for everyone to show their support for the men and women of the Armed Forces community.

“The Armed Forces recruit from all sections of our community and further afield, and given the proud history of service and support that the people of the ABC council area have shown for the Armed Forces over the years, it is wholly appropriate that we host it.

“This is a huge opportunity for our borough and I hope that preparations will be fast tracked so that we can host one of the best Armed Forces Day’s in the United Kingdom.

“I firmly believe that Banbridge would lend itself the most to hosting AFD 2020 and maximising its success. The most important part of AFD is that of the family; bringing over 40,000 people to Banbridge would undoubtedly be a tourism coup.”

Alliance councillor Eoin Tennyson said: “The Alliance Party believes it is appropriate to recognise those who have served and our representatives have attended recent Armed Forces Day events. All such events should be at reasonable cost to the public purse.”