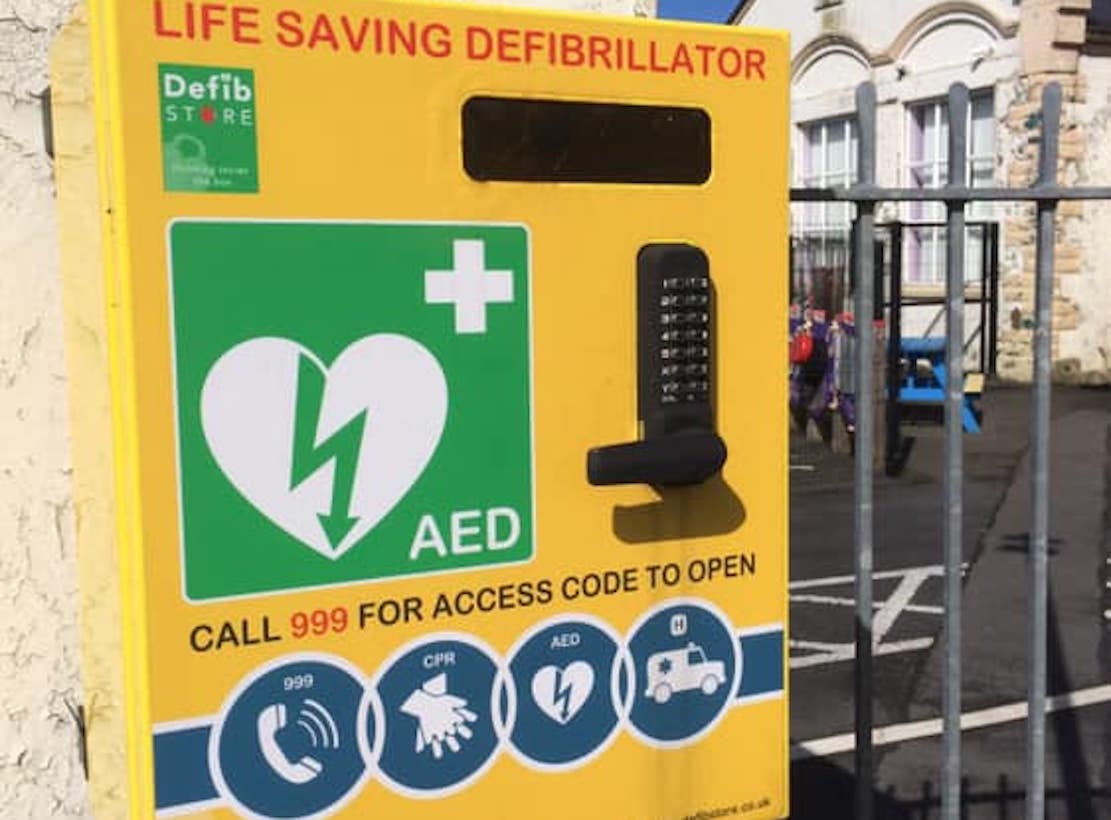 Armagh City, Banbridge and Craigavon Borough Council’s leisure and community services committee has backed plans for the local authority to support the roll out of defibrillators across the borough.

The matter was brought to a meeting of the committee on Monday, September 13, when members were asked to approve an approach that will see Council increase the number of AED defibrillators across the borough.

The report on the matter notes Council is currently working towards the registration of the AEDs it owns as well as identifying supporting guardians. At present 47 guardians are in place for all 47 devices Council has registered.

A need for AED and CPR training to be potentially reviewed across the organisation in terms of provision of training across the departments, especially for public facing staff has also been identified.

Officers are also looking at the development of a programme of community support that would provide funding for the purchase of AED defibrillators and the provision of training, including CPR.

It is anticipated the programme will begin delivery in October and run until the end of March 2022, in line with Department for Communities (DfC) funding parameters.

A £70,000 budget has been identified by Council for the project and it is currently awaiting confirmation from DfC to see if the funding can be included as part of the Covid-19 community support programme.

Councillor Catherine Nelson acknowledged the short turnaround time on the project and praised officers for the delivery of this report and proposed Council follows officer’s recommendations.

“To be at this stage already is a real credit to the officers involved,” said the Sinn Fein councillor.

“I just want to put my thanks on record, it looks absolutely fantastic and is everything that members asked for and more. I am delighted to propose that we move forward in the manner that has been outlined.”

Councillor Darryn Causby seconded Cllr Nelson’s proposal and said he was pleased to see the amount of progress that had been made on this matter.

“I am pleased to see it has moved as quickly as it has,” said Cllr Causby.

“I certainly look forward to getting the information out to the public on where the existing AEDs are and also in filling the gaps for the community as this is about community safety.

“I am happy to second the proposal and I am sure whatever members can do we will do to support the efforts in rolling this out.”

Councillor Darren McNally said he concurred with the two previous speakers’ praise for officers and said the roll out of defibrillators is an issue that is very close to his heart.

“As a first responder I am called out regularly in situations where defibrillators may be needed so this is very welcome,” he said.

“I agree with registering the defibrillators with the Northern Ireland Ambulance Service but will these AEDs be placed outside buildings?

“I know a number of buildings have AEDs inside them but they close at a certain time and would not be available to members of the public which goes against what we are trying to do here.”

A council officer confirmed this issue would be explored noting that at present, both portable and static AEDs are used by the community but only static AEDs can be registered.

Cllr McNally asked about the community organisations who have defibrillators and the need for the installation of cabinets to house the AEDs outside community buildings.

Bringing the discussion to a close, the committee’s Chair, Councillor Keith Haughian praised the “absolutely great work” council officers have done on this matter and asked the committee if there was any disagreement with what had been proposed.

The committee then voiced its approval for the proposal.