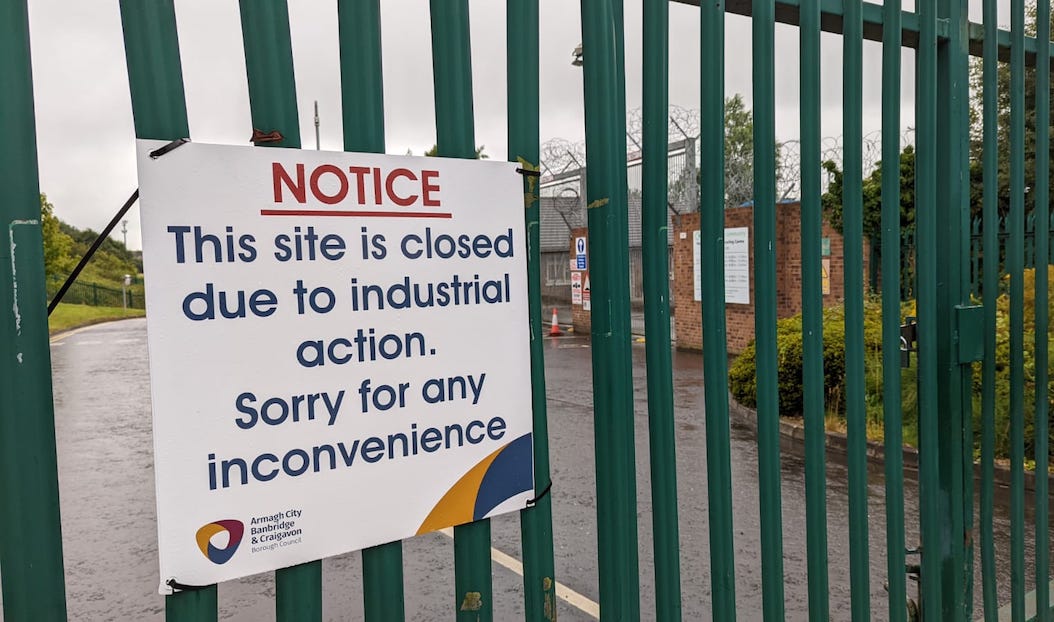 Armagh City Banbridge and Craigavon Borough says it is “mindful of the need to manage the rates burden” the borough’s householders are faced with as strike action rumbles on.

More than 1,000 council staff have gone on strike in a dispute over pay and conditions at the local authority with members of all three trade unions GMB, NISPA and Unite involved.

A council spokesperson said the local authority is “fully committed to finding the right solution through on-going discussions, one that protects services and employment”.

However, the spokesperson acknowledged the strike, which is set to continue to varying degrees over the next four weeks, will “cause significant disruption” to council services such as refuse, street cleaning and leisure facilities.

Previously, a joint statement from the unions claimed the industrial action was avoidable and called on the local authority to address “the serious and real cost-of-living crisis being faced by our members”.

When asked by the Local Democracy Reporting Service if a potential rates refund could be offered to householders in the borough paying for a level of service they are no longer getting, the spokesperson advised the “current industrial action is beyond Council’s control”.

“Unfortunately, the current industrial action is beyond Council’s control, however we do regret the impact caused to residents at this time,” said the spokesperson.

“Council rates are set annually to cover a wide range of services, with the largest proportion of rates expenditure going towards paying staff.

“The current national pay offer of £1,925 for each employee represents a pressure of approximately £3.2 million on council budgets for this year and going forward. Any additional incremental pay increase asked for by trade unions will increase this figure.

“As council gets most of its money from the rates, it is mindful of the need to manage the rates burden being placed on households and businesses in what are already difficult times.”

In response to a similar question, a spokesperson for the Department for Communities said: “The maintenance of council services in the event of strike action is a matter for the councils.”