Over 100 artists on stage for variety show fundraiser 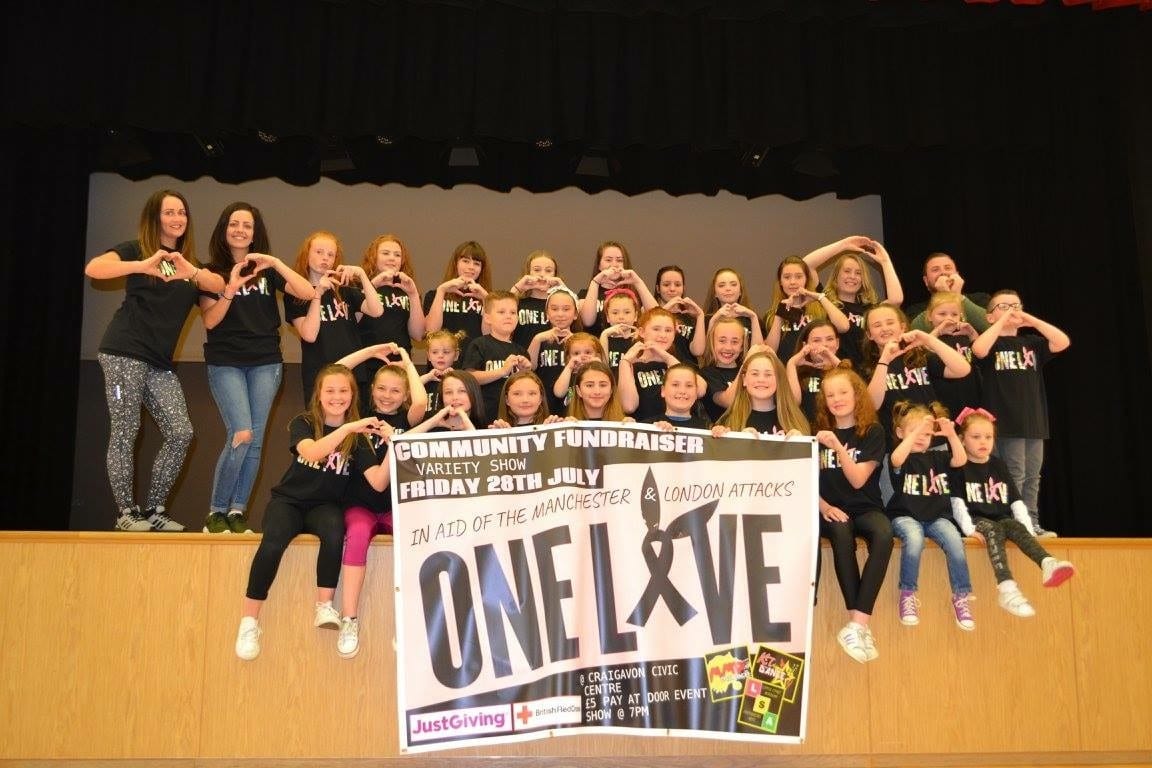 Young people in Co Armagh are to stage an entertainment evening to raise money to support the victims of the Manchester Arena and London Bridge terror attacks.

Twenty-two people died after a bomb attack at the end of the Ariana Grande concert in Manchester on May 22.

Eight more innocent people were killed in the attack at London Bridge.

In the aftermath of the attacks, Ariana Grande bravely returned to Manchester and led an all-star concert – under the umbrella of ‘One Love’ – to help the victims.

Now young people in Co Armagh want to do their bit and this Friday evening the stage will be set for a very special evening at Craigavon Civic Centre.

The ‘One Love’ variety show will see over 100 performers taking part.

Local performing arts schools-LSA- Little Starz Academy, MissMacdance studios and Kirstie Toman school of dance, along with special guest performers in that area, will put together a night of entertainment for audiences to enjoy and help raise lots of money.

All funds raised will be donated to the Red Cross in England to help the families affected by both attacks.

Louise Fahey, director of LSA, was so touched and affected by the events she decided to help by bringing talent together on a big stage, inviting local schools and performers to create a variety show like no other.

She said: “With over 100 performers on stage we hope the support will be received and all the help from people so far has been outstanding!”

The organisers would also offers special thanks to Thomas Larkham for lighting and sound services, Loophole graphics for the promotion video, Trade Signs Lurgan for the event banner, Barry McCrory for PR Management and Louise Fahey, Claire McMahon and Kirstie Toman, the teachers behind this event.

The show this Friday, July 28, is at 7pm, with tickets priced at £5 each available at the door.