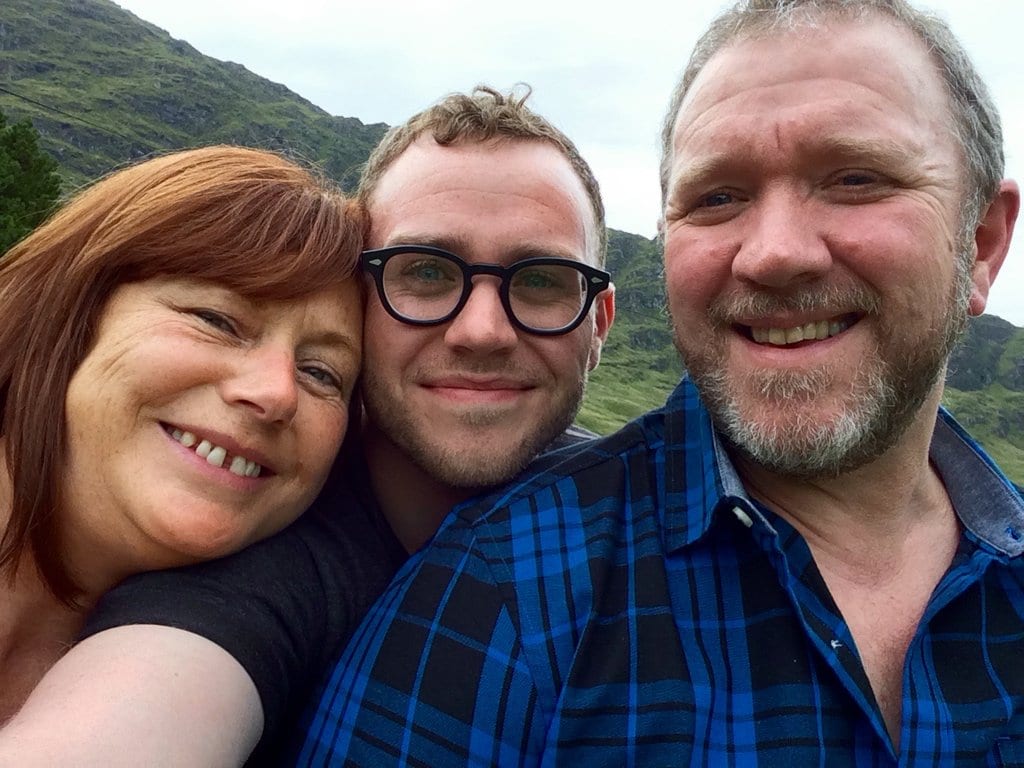 A TV writer from county Armagh says he will always be indebted to our NHS for the love and care its workers showed his mother in her darkest hours.

Philip Larkin, from Lurgan, said he took himself after his mum was diagnosed with cancer.

Speaking to Belfast Live, Philip said he just wanted to express some gratitude for the staff who show tremendous “commitment to the job”.

The 29-year-old avid Twitter user explained recently why he spent a time away from social media.

“Some of you might remember a couple of years ago I disappeared from Twitter for a bit. Never really shared why, but we just got good news so – In 2015, my mum was diagnosed with lung cancer so I moved back to Ireland for a bit to help look after her through surgery/treatment.

“From the moment she received the diagnosis, we were blown away by the response of NHS staff who carried us through each step of the journey with professionalism, compassion and humanity.

“Staff at Craigavon Area Hospital, the Royal Victoria Hospital in Belfast and her GP were incredible. After diagnosis things moved very quickly. She was in surgery within a month, losing half a lung to the sarcoma and radiation began shortly after she was released from the hospital.

“Our NHS nurses, doctors and cleaners are the best of us. I know that’s said a lot – but it’s true.

“In the face of Tory cuts, these people (often on their 3rd or 4th double shift of the week) never complained once, despite being knackered. When she was in hospital, I drove the 60 mile round trip to visit her twice a day. Each time I arrived, she was smiling and joking…Her nurses were great. Morale in her ward was insanely high, despite the pressure these people were under.

“Once, I arrived to find a young nurse sitting on the edge of her bed with her coat on. Her shift had ended and she’d been waiting with mum, keeping her company until I arrived.

“On another occasion, I arrived to find her GP at her bedside. He made the trip after a full day’s work in our local surgery, just to see her. The extent to which these people care, is just awe-inspiring. It’s two years since her diagnosis and she just got the all clear.

“She still has to go back for regular scans, but she’s recovering both physically and mentally from the ordeal. Some of the friends she met have since passed away. People I often arrived to find her laughing and smiling along with the NHS staff on her ward, gone.

“For every life our NHS warriors save, another is lost – but they keep going.”