Co Armagh man (30) arrested after £10,000 worth of cannabis found during police raid 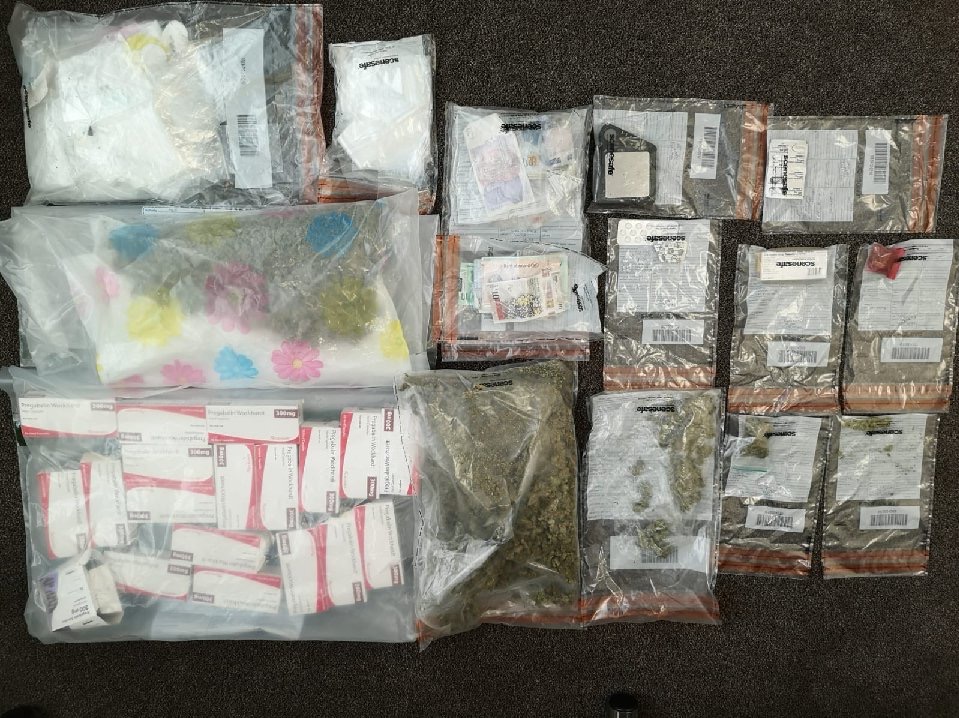 Detectives from the PSNI’s Organised Crime Unit have arrested a man and seized suspected class B and C drugs following searches of a property in Craigavon this morning (Wednesday).

Detective Inspector Barry Hamilton, from the Organised Crime Unit, said: “During the search of a property in the Craigavon area, officers recovered suspected Class B drugs, namely around 1,000 Pregabalin tablets, cannabis with an estimated street value of over £10,000 and over £1,000 in cash.

“This search was another step in our ongoing commitment to both preventing dangerous drugs from ending up in local communities and pursuing those intent on destroying lives through the supply of illicit drugs.

“People may think that taking prescription drugs is not dangerous, however taking these drugs that you haven’t been prescribed in unregulated quantities can pose a massive risk to life.

“With these illegal substances removed from our streets today, we continue to make Northern Ireland a hostile environment to those involved in drug dealing within our communities. We will continue to work hard to identify them, arrest them and bring them before the courts.

“I would encourage anyone with information about the sale and supply of illegal drugs to get in touch with police on 101.