Children’s play park vandalised with resurfacing to cost up to £8,000 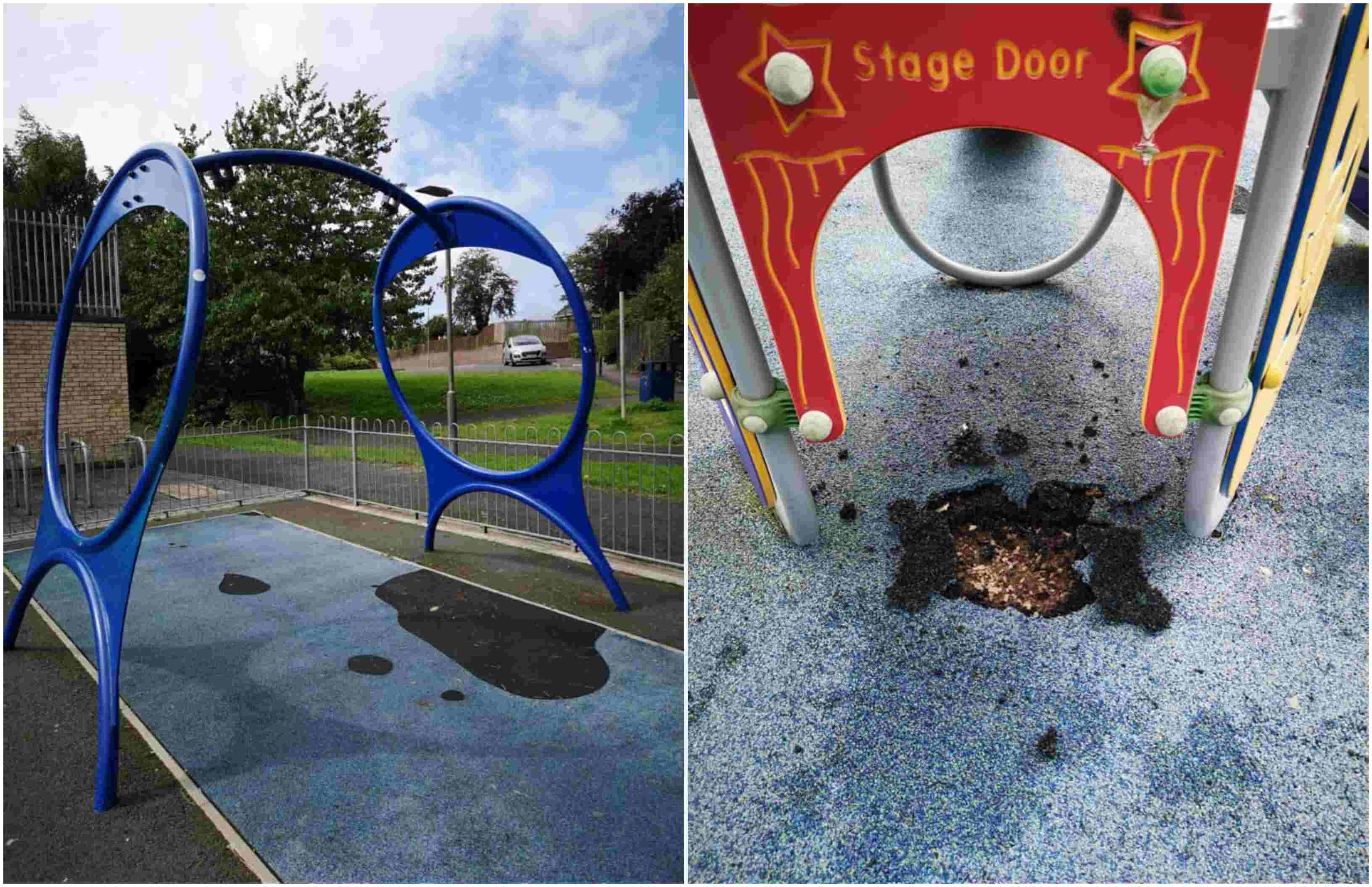 A Craigavon play park has once again been the target of vandals.

Continuous damage to the surface of the Brownlow Hub play park has meant Council will be forced into an expensive resurface at a cost of between £6-8,000.

And it comes a month after a cradle swing was stolen from the park – an act which would have required heavy cutters to remove the swing and a large van to take it away, according to a spokesperson for Armagh Banbridge and Craigavon Council.

“The play park at Brownlow Hub is being vandalised on a weekly basis,” she explained.

“A number of patch up jobs have been carried out but it now needs a full resurface at a cost of £6k-£8k.

“I would appeal to parents to discuss the impact of vandalism with their young people.

“We do not want to lose the park or for it to fall into disrepair to the point of no return.

“I will also discuss surveillance with council officers and the PSNI in an attempt to identify those responsible.”