'Because of the social enterprise, we have the kids with autism and, I mean I have only been here two months, but it is amazing how much they have come out of their shell.' 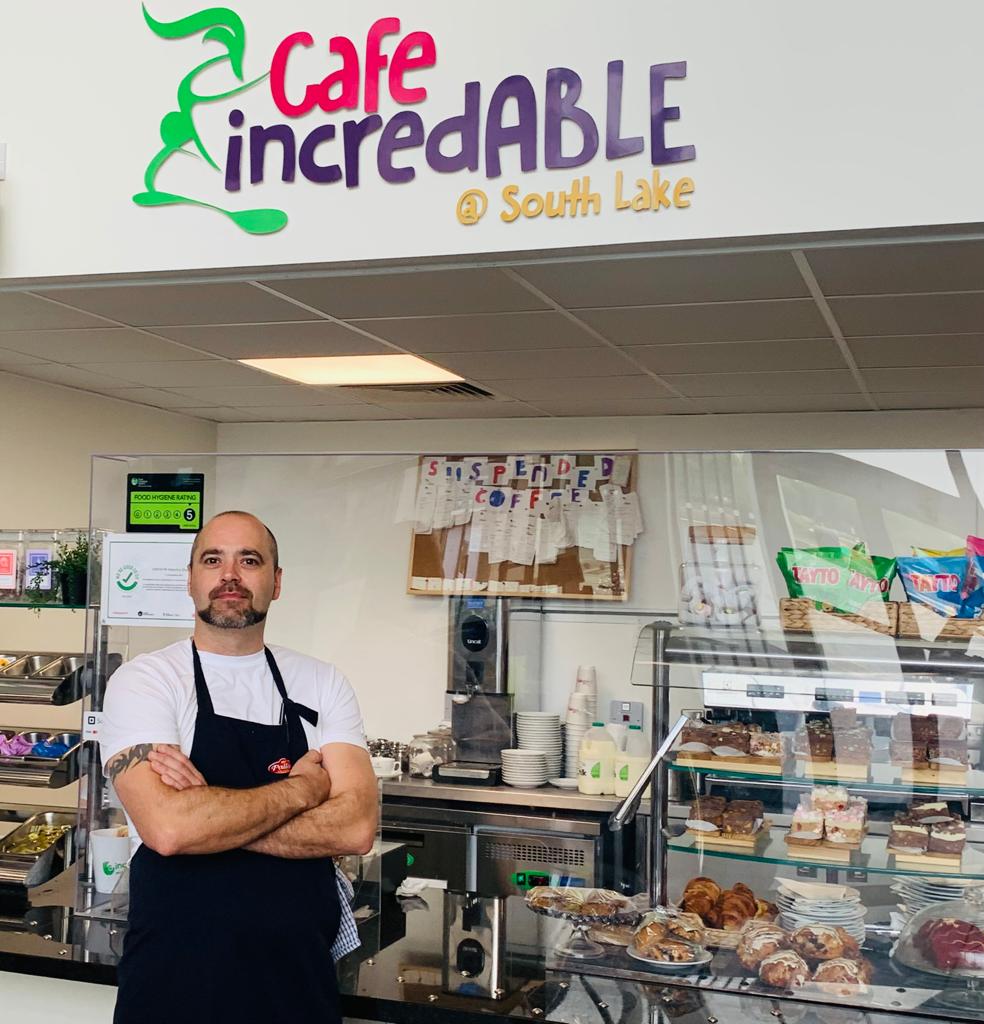 After over 20 years in the restaurant industry, one Co Armagh chef is happy with the change of pace as he takes up the role of giving back to the community.

Ciaran Penney was announced as the new head chef of Café incredABLE at South Lakes Leisure Centre just two months ago – but he had already been putting many of his latest sous chefs through the basics!

Café incredABLE was awarded the contract to operate the café at the new Craigavon leisure centre last year.

The social enterprise, which also has a café at the Jethro Centre in Lurgan, facilitates training, employment and meaningful daytime activity for those with learning disabilities and/or autism.

Speaking to Armagh I, the Lurgan native said it was a welcome “change of pace” from the restaurant industry and he was enjoying the community aspect of his new role.

Having turned 40 last month, Ciaran has spent over 20 years in the catering industry, it all starting back in 1997 when he left school and went to college.

“My first job was the Silverwood Hotel in Lurgan, but I mean I have been all over,” he said. ” I was at the Seagoe Hotel and I was over in the Moy too for a while at Chapter V and the Ryandale.

“You really have to work yourself up from the bottom but that is the way it is in this industry. I am surprised sometimes that I stuck it out this long, but I would say I have been head chef at most places for the last 15 years.”

Talking about his influences and how he got into cooking, Ciaran explained that his stepfather was from Vietnam and growing up had a big impact.

“He would always have been cooking in the house for 20 or 30 people with ducks hanging around the kitchen and he has had a Chinese restaurant in Lurgan for about 20 odd years,” he said.

“I worked a bit in there when I was younger but it wasn’t really for me; I wanted to sort of branch out and see what else was out there in the industry.”

Ciaran, however, said that he still loved cooking Asian cuisine with its flavourful combinations of fresh and clean ingredients.

Speaking about his new role, he added: “I mean I have earned my stripes at hotels, bars and restaurants. Café incredABLE, it is totally different to anything I have done before, but it has been great.

“Because of the social enterprise, we have the kids with autism and, I mean I have only been here two months, but it is amazing how much they have come out of their shell.”

Ciaran said that having done the “rat race” of high class and fine dining, he felt it was time to give back to the community.

“It is just great seeing them getting better with their knife skills and more confident in the kitchen. When you are in the industry as long as I have been it just gets to be more and more the norm so it is nice to take on new challenges.

“Teaching is something that I had always been interested in going into but I suppose it was just karma that this job came up and I am really loving it.”

And the food on offer?

“We are doing some Thai curries, hot meat sandwiches, chilli con carne, lasagne. It’s not gourmet but it helps them to learn all the techniques and it has to taste good. We use local produce and it is just good food!”