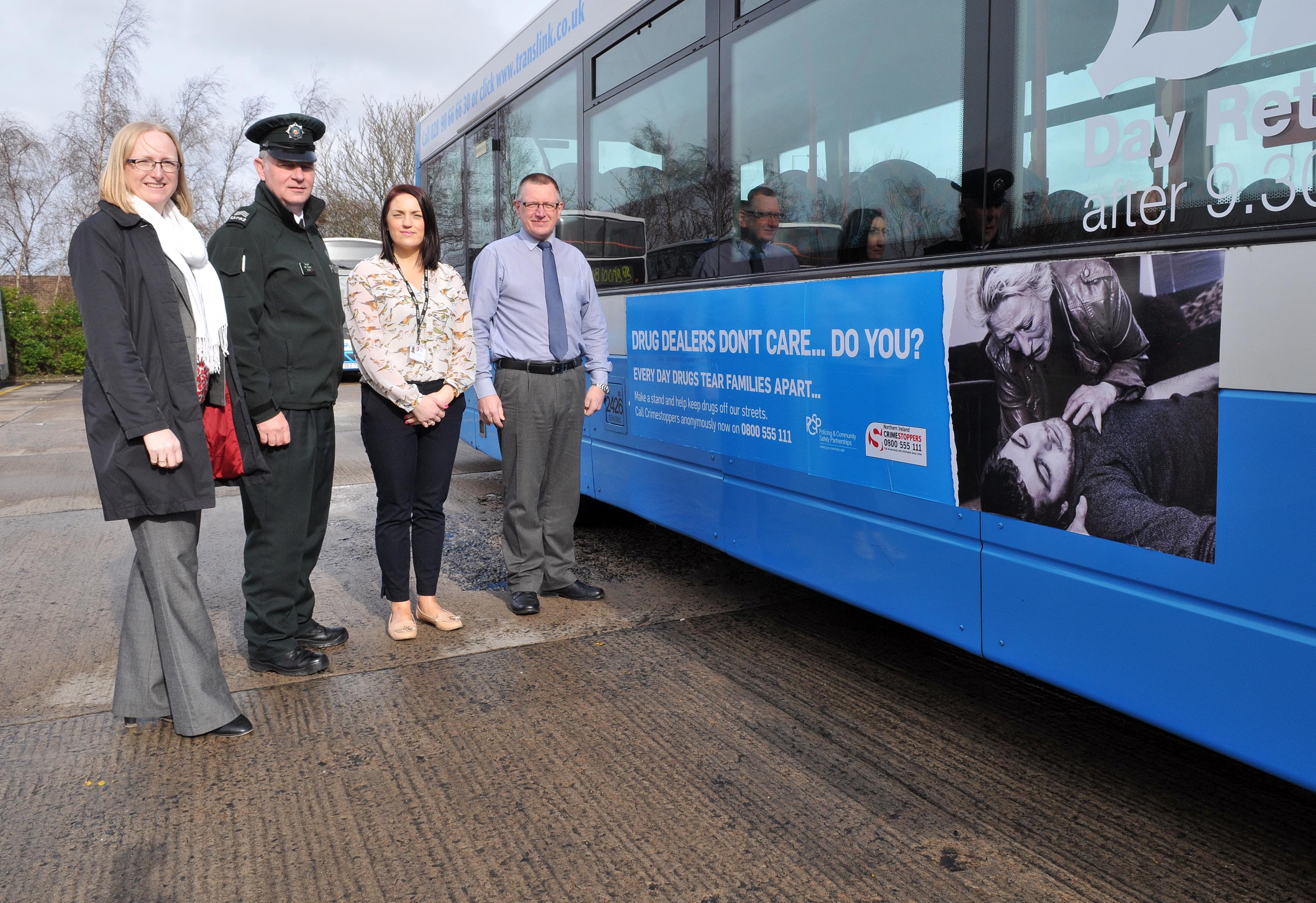 A staggering 595 drug seizures have been made across the borough in the last 12 months, leading to 261 arrests.

As part of their work to tackle the impact of drugs on our community, Armagh, Banbridge and Craigavon Policing and Community Safety Partnership has been working with the PSNI, Crimestoppers and other partner agencies to pose the question – ‘Drug Dealers Don’t Care… do you?’

The campaign is being rolled out in Armagh, Banbridge and Craigavon area as a response to drug activity in the area.

Speaking about the campaign, PCSP Chair Robert Smith said: “The message is fairly simple: drugs have a negative effect on our community, they can cause damage and death and the only way to prevent it, is to stop it.

We work hard with young people, schools and the general public throughout the year to highlight the dangers of drugs. The PSNI have been successful in making 261 arrests and 595 drug seizures in the area last year and are committed through the Policing Plan to increase these numbers during 2016. However, they need help. Local knowledge is essential and many drug arrests are a result of somebody reporting suspicious activity.

We want to encourage people to report any suspicions they may have. They can do this directly to the police on 101 or anonymously through Crimestoppers.” PSNI Commander for Armagh, Banbridge and Craigavon, Superintendent Davy Moore said: “Tackling drugs is a priority for police and we are committed to stopping the illegal use and supply of drugs. We recently dismantled a cannabis factory in Banbridge and arrested and charged a number of people concerned in the supply of heroin in Portadown. None of this is possible without the support of the public. With your help we will continue to bring those responsible for drugs on our streets before the courts.”