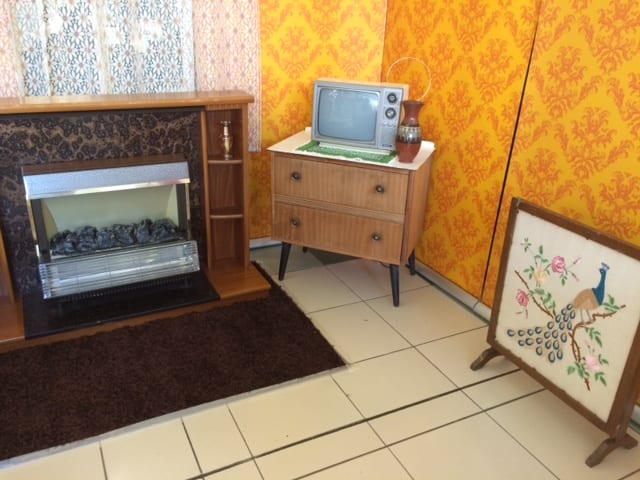 Rushmere Shopping Centre is the venue for the new ‘Back to the Future’ exhibition, which explores the reasons behind the new city of Craigavon as part of the 50th anniversary of the Craigavon Development Commission (CDC).

The exhibition charts the development and disbandment of the CDC which, inspired by other new towns in England and Scotland, was formed in 1966 to develop the new city of Craigavon.

Curated by Armagh City, Banbridge and Craigavon Borough Council’s Craigavon Museum Services, the exhibition displays artefacts, documents and plans from the Development Commission, the vast majority of which has remained largely unseen by the general public until now.

Alongside the historical information, there is also a 1960s living room installation.

Unlike a lot of museum installations, visitors are actively encouraged to sit in the room, dress up in the clothes provided and upload their selfies and memories to the Rushmere Facebook and Twitter pages!

The exhibition is manned from 11am-6pm and runs until the end of May. There are also two lectures in the Meeting Room in Rushmere next week.

From 7:30pm-8:30pm on Wednesday 18 May, Dr Tanja Poppelreuter (Lecturer in Architectural History and Theory at Ulster University) will speak about ‘Utopian Ideologies: Post-Modernist Architecture’.

At 7:30pm on Thursday 19 May, Dr Andrew McClelland (Architectural Historian, Ulster Architectural Heritage Society) will give a lecture on ‘Towards Craigavon: The ‘New City’ in County Armagh in Historical Context’.

Both lectures are free, and booking is essential via Craigavon Museum Services on 028 3831 1669.