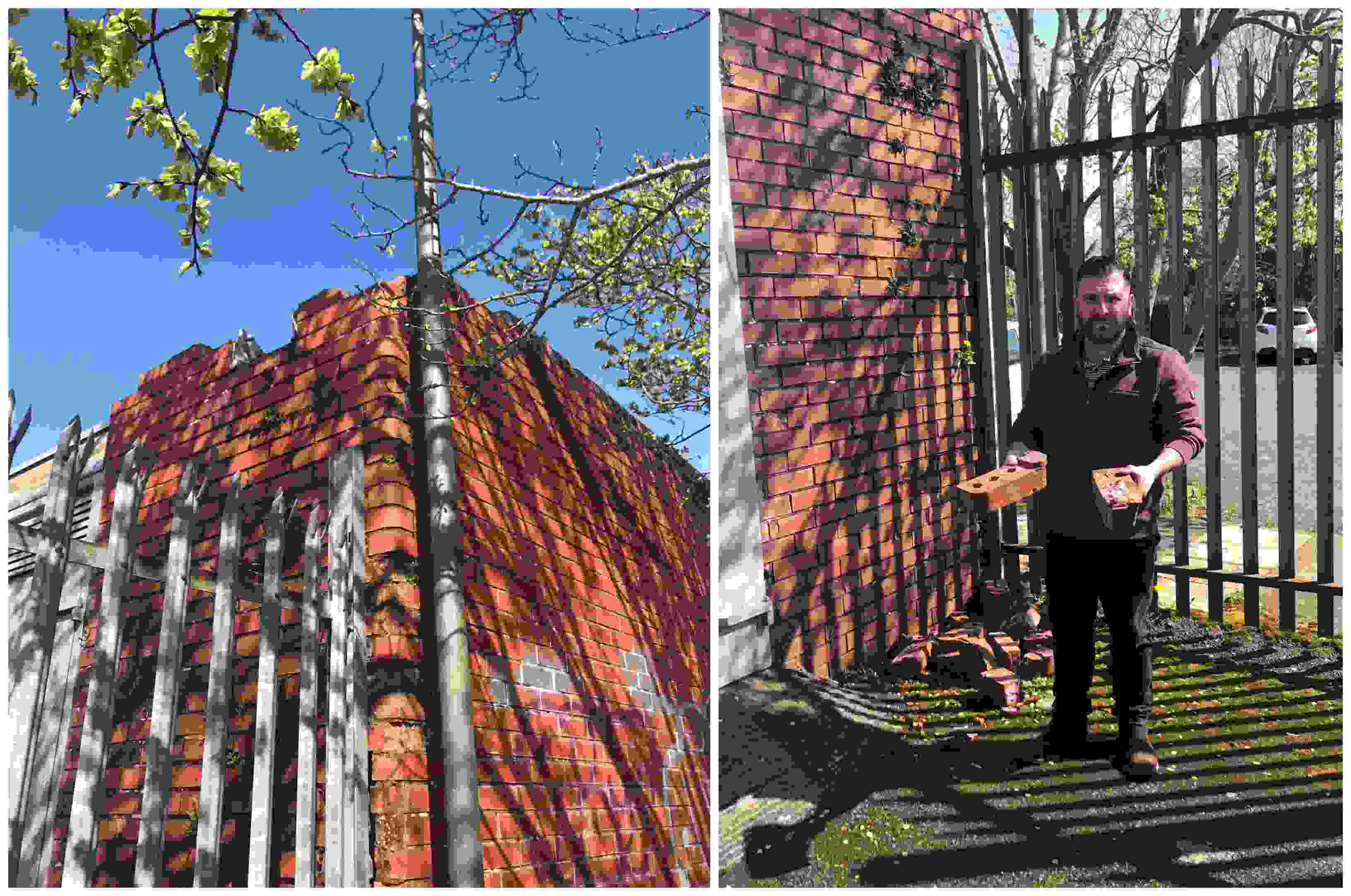 An 11,000-volt substation in Craigavon was the target of vandals overnight on Friday.

A number of bricks were removed and some hung precariously over a pedestrian footpath in Legahory Centre.

SDLP Craigavon Representative Thomas Larkham hit out at those responsible for not only putting their own safety in jeopardy, but the safety of those who use the footpath on a daily basis.

Speaking to Armagh I Mr Larkham explained: “There have been a number of bricks removed and some left left loose on the top of a substation.

“There is no doubt in my mind that this was an act of deliberate vandalism which could have caused serious damage or ultimately have led to a fatality.

“The pedestrian footpath adjoining the substation was covered in the smashed debris and the loose brick overhead could have fallen onto passers-by had it not been noticed.

“I have alerted NIE who have carried out an initial inspection and removed any potential hazards. It appears to be someone has either tried to gain entry or remove materials from the top of the substation.”

“This type of behaviour is totally unacceptable and whoever carried out this mindless act of vandalism was putting both themselves and the public in immediate danger.”

He added: “I wish to thank the staff at NIE for their swift response and I will continue to liaise with them to have the structure assessed and any repairs needing to be carried out to be completed for the safety of the public.”